On average this form takes 171 minutes to complete 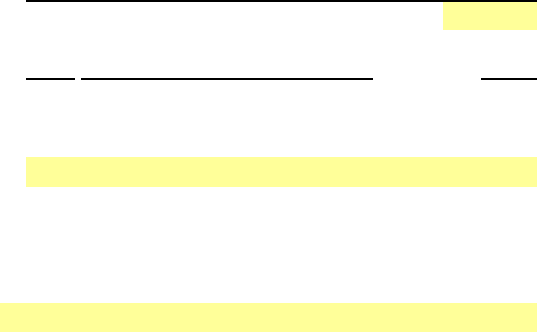 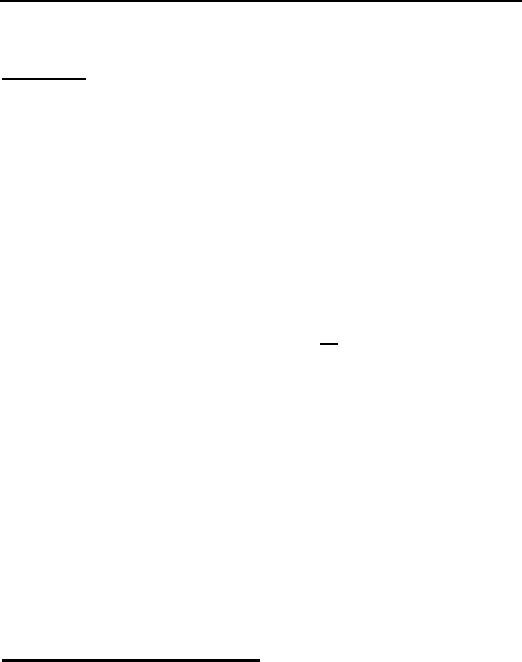 CAPITAL IMPROVEMENT PROGRAM OVERVIEW
INTRODUCTION
The Capital Improvement Program (CIP) is a multi-year plan for major capital expenditures, such as the construction,
reconstruction, renovation, or replacement of a public building or facility or surveys and studies leading to such physical
improvements mentioned above. The adoption of the CIP by the City Council is an indication of its support of both the
capital projects that the City intends to pursue and a plan for the anticipated levels of financing needed to fund these
capital projects over the five-year period. The adoption of the CIP is neither a firm commitment to a particular project
nor a limitation to a particular cost. It is a basic tool for prioritizing and scheduling anticipated projects and financing,
a key element in planning and managing future debt service requirements.
A capital improvement project should have a cost greater than $100,000 and a useful life of at least 10 years. Projects
that do not meet the $100,000 and 10-year useful life criteria are considered to be maintenance capital projects, a
summary of which is provided at the end of each CIP program area. Capital projects generally require significant
engineering design and construction, whereas maintenance capital projects (like road paving and sidewalk
replacement) require routine upkeep every few years. These projects are not considered to be part of the Five-Year
Capital Improvement Program.
The cost estimates in the CIP are intended to capture the entire estimated project cost, including as applicable, land
acquisition, design, negotiated agreements, and construction. The total request for each project is evaluated and,
based upon funding, is prioritized to meet the needs of the City. The CIP is updated annually and is subject to change
with each update.
CAPITAL IMPROVEMENT PLANNING & POLICIES
The capital improvement program is the result of a detailed planning process. The purpose is to address the City’s
immediate and long-term capital needs in a conscious effort to best provide services and facilities to the citizens of
Manassas. The process begins in October when departments begin their work on the Department Recommended
Five-Year CIP. In December, the City Manager meets with department staff to discuss their recommended CIP. The
Department Recommended CIP is presented to the Planning Commission in January who provides their
recommendation to the City Manager in February. The purpose of the Planning Commission is to ensure that all
projects are in conformance with the City’s Comprehensive Plan. During this time, the City Manager works closely
with the Budget Office to evaluate the feasibility of funding sources and the impact projects will have on the operating
budget. In March, the City Manager presents the City Manager Proposed Five-Year CIP to the City Council along with
the Proposed Budget. City Council then holds several Budget and CIP work sessions as well as a public hearing
during the months of March and April and adopts the CIP along with the budget in May.
The following tasks related to the capital improvement program are outlined in the City’s Financial Policies (Policy
Statement P-2016-01):
 The City will prioritize all capital improvements in accordance with an adopted capital improvement program.
 The City will develop a five-year plan for capital improvements and review the plan annually.
 The City will coordinate the development of the capital improvement program along with the development of
the operating budget.
 The City will use intergovernmental assistance to finance only those capital improvements that are consistent
with the capital improvement plan and City priorities.
 The City will maintain all its assets at a level adequate to protect the City’s capital investment and to minimize
future maintenance and replacement costs.
 The City will identify the estimated costs and potential funding sources for each capital project proposal before
it is submitted for approval.
 The City will attempt to determine the least costly and most flexible financing method for all capital projects.
348
Table of Contents - CIP

CAPITAL IMPROVEMENT PROGRAM OVERVIEW
PLANNING COMMISSION
The projects contained in the CIP support the goals and objectives outlined in the City’s Comprehensive Plan and are
intended to establish the long-term spending priorities identified by the City Council. The Planning Commission votes
in January or February to recommend approval of the CIP for inclusion in the Operating Budget and Five-Year Capital
Improvement Program.
CITY COUNCIL ADOPTION
The City Council adopts the Five-Year Capital Improvement Program in May. The City Council Resolution of adoption
is included in the Supplemental Section of this book as well as the Resolution of approval from the City of Manassas
Planning Commission. The Manassas City School Board adopts their CIP in March.
Every July 1
st
, the first year of the CIP is budgeted and appropriated. Once a project budget is established, the budget
remains for the life of the project. From time to time, project budgets are amended in accordance to the City’s Financial
Policies – Policy Statement P-2016-01. When projects are completed, staff closes out the project and transfers
remaining balances to other projects as needed. Any funds that are not needed at the time of project closing lapse
into fund balance and are available for re-appropriation in the future.
DEBT PLANNING
To improve its bond rating, the City considers the following guidelines in deciding how much City general obligation
debt may be issued for the capital improvement program (City’s Financial Polices – Policy Statement P-2016-01):
 When the City finances capital improvements by issuing bonds or entering into capital leases, it will repay the
debt within a period not to exceed the expected useful life of the project.
 Net debt (any and all debt that is tax supported) as a percentage of the estimated market value of taxable real
property shall not exceed 3%.
 Debt service expenditures as a percent of total governmental fund expenditures shall not exceed 15.0%.
 Payout of aggregate outstanding tax-supported debt principal shall be no less than 50% repair in 10 years.
Pursuant to the Constitution of Virginia (the Constitution) and the City Charter, the City is authorized to issue bonds
secured by a pledge of its full faith and credit and unlimited taxing power. There is no requirement in the Constitution,
the Virginia Code, or the City Charter that the issuance of general obligation bonds be subject to the approval of voters
of the City at referendum. The issuance of general obligation bonds is subject to a constitutional limitation of ten
percent (10%) of the assessed value of taxable real property.
IMPACT OF THE CAPITAL IMPROVEMENT PROJECT ON THE OPERATING BUDGET
Debt Service
The annual payment of principal and interest on general obligations bonds used to finance roads, schools, and other
major projects is included in the operating budget as a required expenditure. The FY 2021 tax-supported debt service
is $10,312,950 (City General Fund, City Fire Rescue Fund, and Schools). Additionally, FY 2021 debt service supported
by the enterprise funds (Sewer, Water, Electric, Stormwater, and Airport) is $4,457,250. A list of proposed bond issues
for FY 2021 is included in this document.
349
Table of Contents - CIP 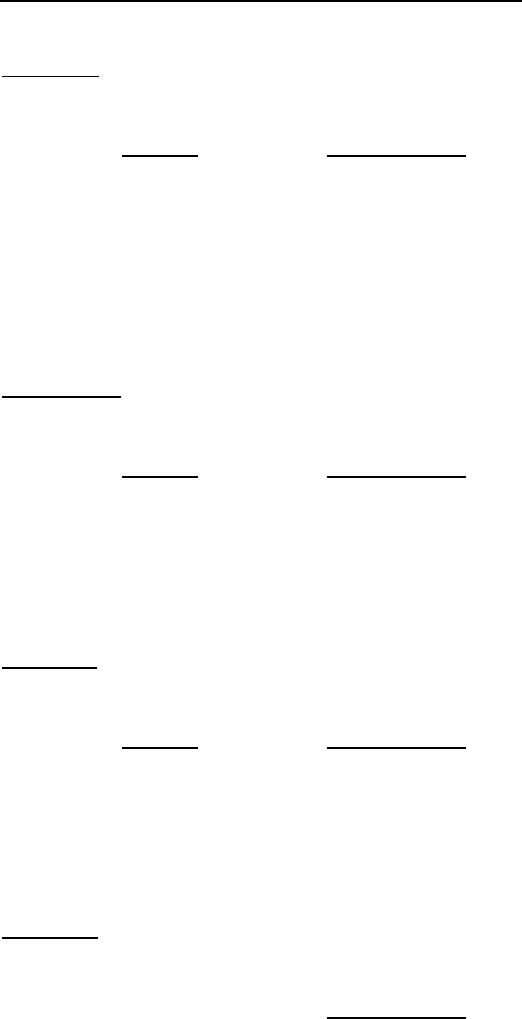 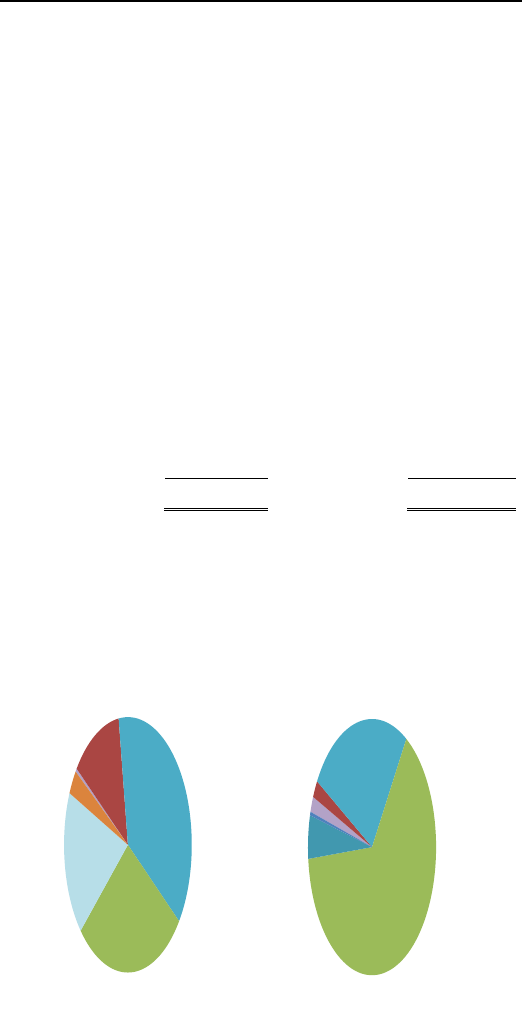 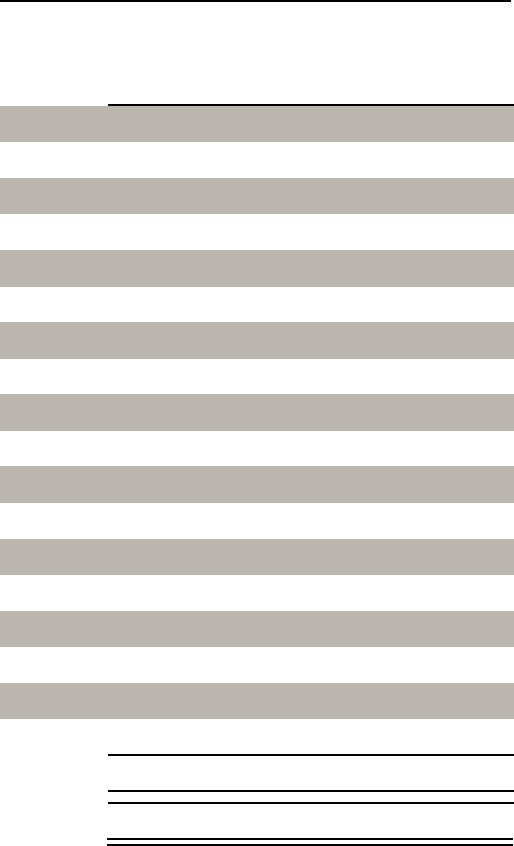 CAPITAL IMPROVEMENT PROGRAM FUNDING
SOURCE/DESCRIPTION
General Fund (PAYGO)
The General Fund is funded by revenues as general property taxes, other local taxes, permits, fees, licenses, fines
and forfeitures, charges for service, and aid from the state and federal governments. The contribution to the five-year
CIP for the General Fund is approved as part of the General Fund operating budget. Occasionally, reserves that have
been set aside in the General Fund for capital are used to fund projects.
Sewer Fund, Water Fund, Electric Fund, Stormwater Fund, and Airport Fund (PAYGO)
These funds are all enterprise funds. Enterprise funds account for operations that are financed and operated in a
manner similar to private business enterprises, where the intent is that the costs of providing goods or services be
financed or recovered primarily through user charges.
School Fund (PAYGO)
The Manassas City Public Schools (MCPS) is a component unit of the City of Manassas. The Schools fund their own
capital program.
Bonds
Bonds are a type of security sold to finance capital improvement projects to spread the construction cost of a facility
over time, such that those who benefit from it over time also assist in funding it. For any projects to be funded with
bonds, debt service is included as an operating cost. All of the City's debt is general obligation bonds.
State and Federal
Funds from these sources are from the Commonwealth and/or the Federal government. Various agencies are
responsible for funding in the different program areas. For example, the Federal Aviation Administration is generally
the federal funding for Airport projects.
Northern Virginia Transportation Authority
The Northern Virginia Transportation Authority collects a percentage of sales tax on behalf of the jurisdictions in
Northern Virginia for the sole purpose of transportation improvements. Of these collections, 30% of the revenue is
returned to the locality on a monthly basis. In order to receive the full 30% funds, jurisdictions must either assess a
12.5 cent Commercial & Industrial tax or raise an equivalent amount of money and dedicate said funds to eligible
transportation improvements.
Other Sources
Other funding sources may include: the use of proffers/cash in lieu, contributions from other governments, donations,
proceeds from land sales or use of funds from closed projects.
357
Table of Contents - CIP 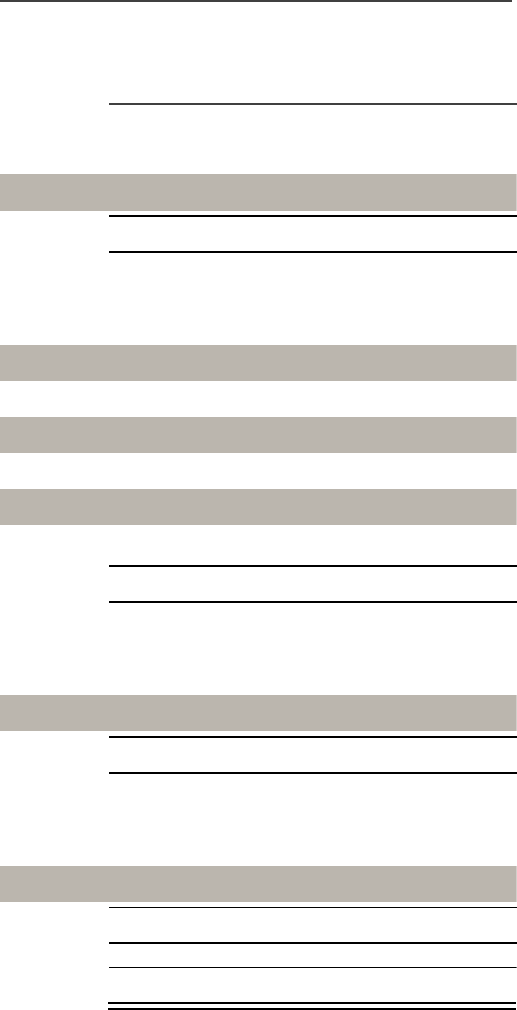 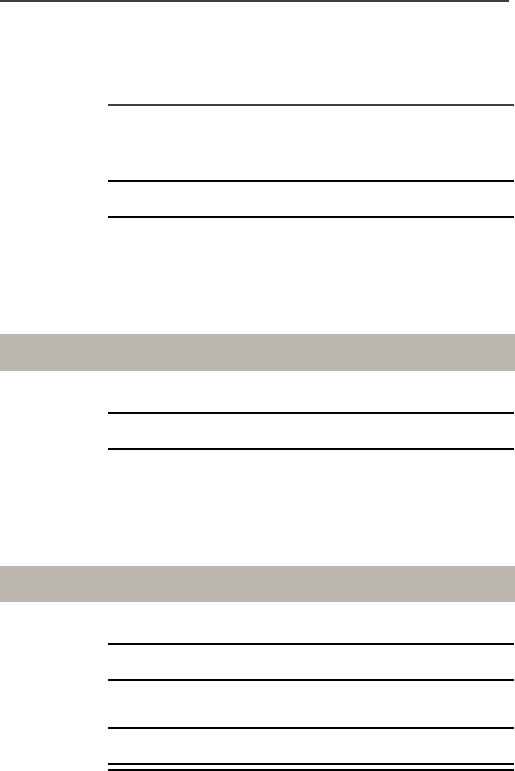 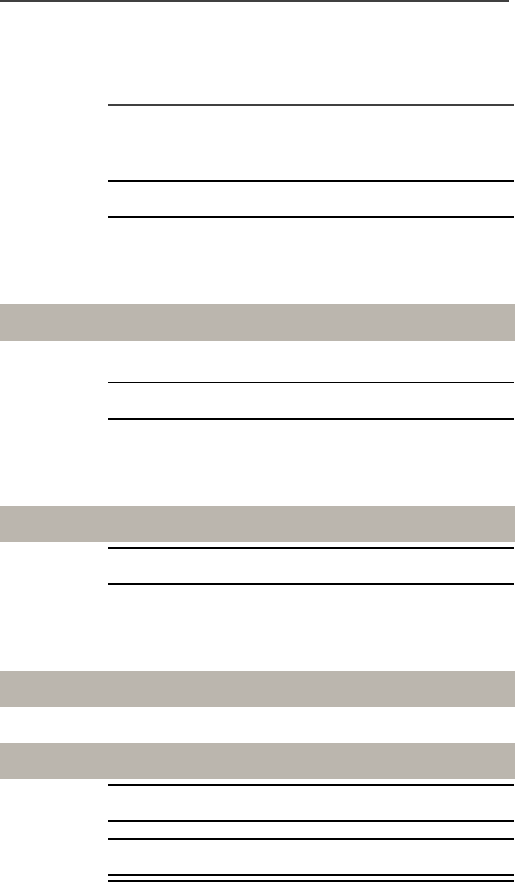 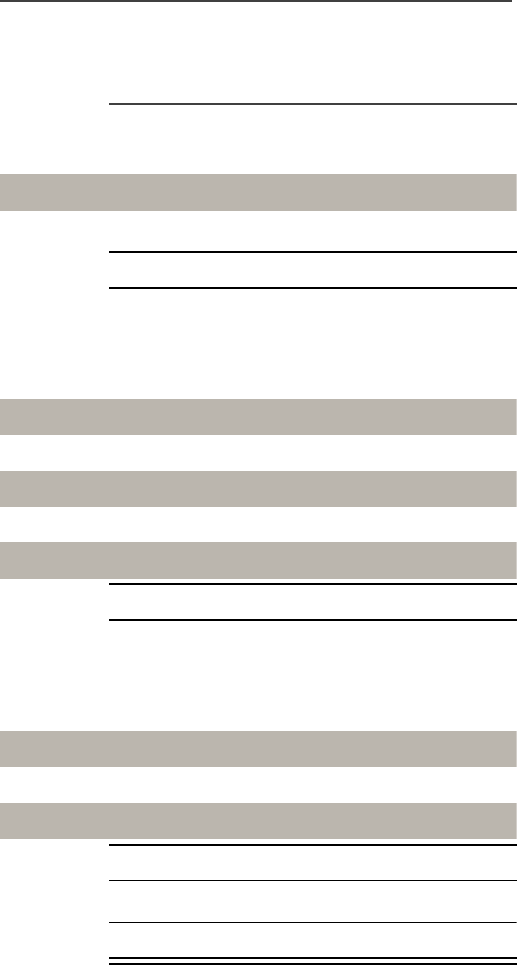 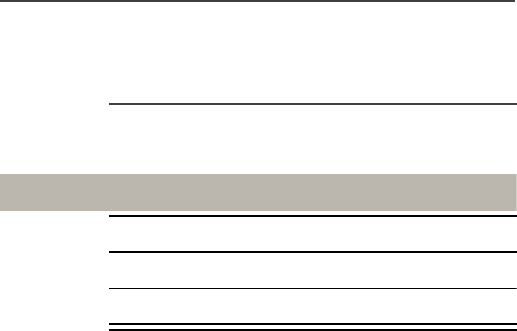 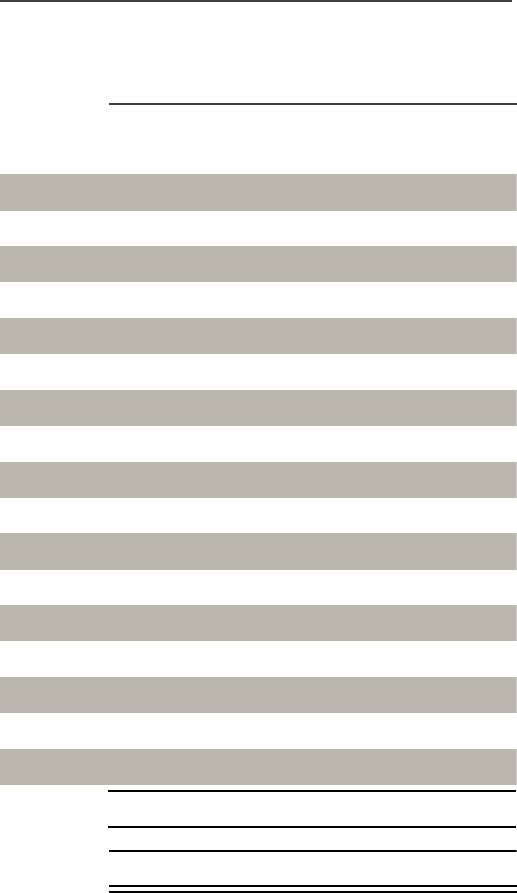 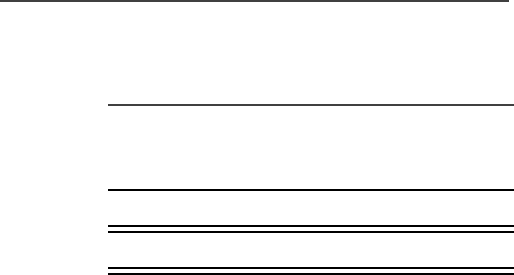 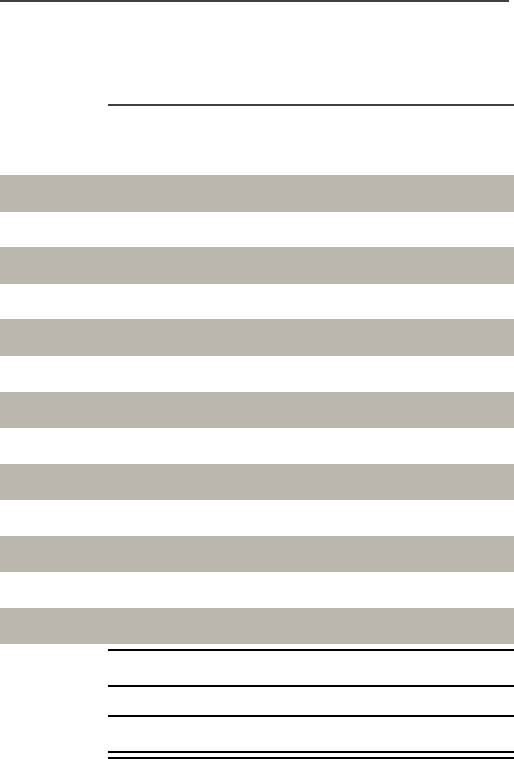 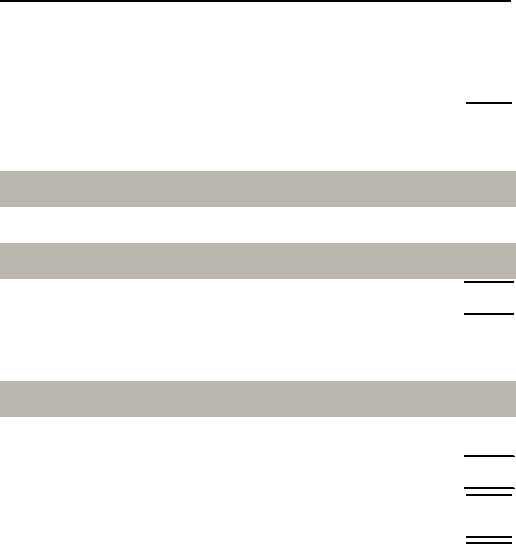 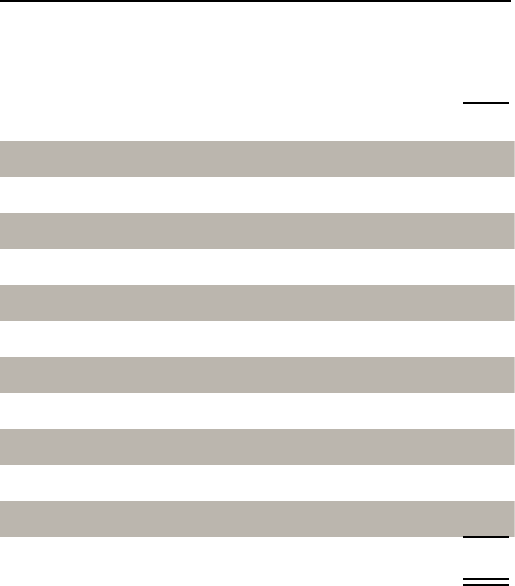 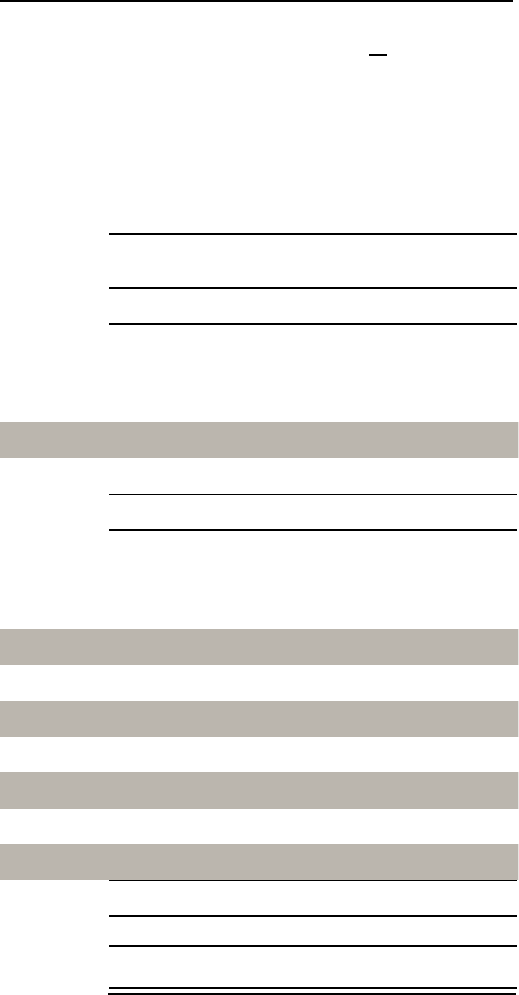 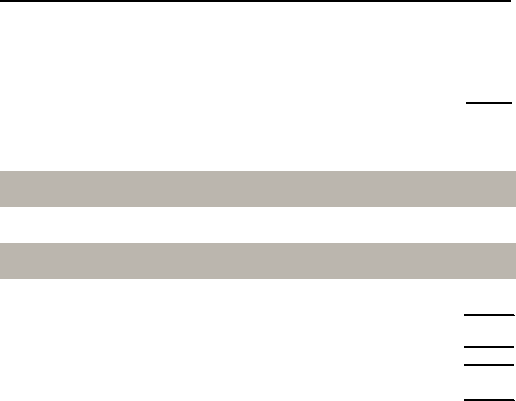 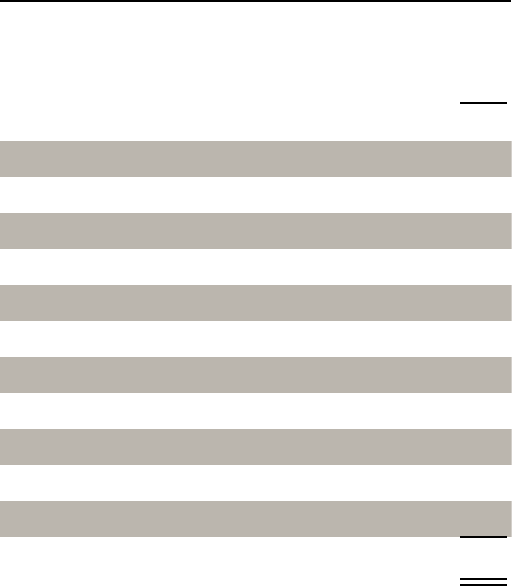 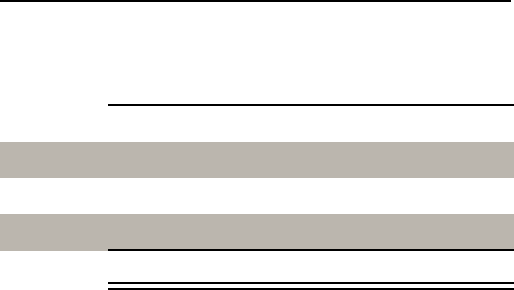