Use Fill to complete blank online MARICOPA COUNTY TELECOMMUNICATIONS (AZ) pdf forms for free. Once completed you can sign your fillable form or send for signing. All forms are printable and downloadable.

Fo
r Website Use R: 1.23.20
Maricopa County Justice Courts
ACCESS TO COURT RECORDS (4 forms available)
1. Policy and Philosophy
The Maricopa County Justice Courts follow Arizona Supreme Court Rule 123
concerning public documents and records requests.
Rule 123 was adopted to govern public access to the records of all courts and
administrative offices of the judicial departments of the State of Arizona. These
records are presumed to be open to the public for inspection or copying at all times
during regular office hours at the office having custody of the records.
Some information is required by law and Rule 123 to be redacted prior to providing
court records. Redactions will be clearly marked. This includes, but is not limited to
Social Security Number, financial account numbers, health records, etc.
2. Fees for Court Documents
In general, costs may include a per-page copy fee, a computer disc fee, a fee for
certification, and in the case of commercial requesters, a search fee.
The Rule draws a distinction between commercial and non-commercial requesters
of court records:
Commercial requesters are those who may be expected to use the record for the
purpose of sale or resale, or for any purpose in which the purchaser can reasonably
anticipate the receipt of monetary gain.
Non-commercial requesters include those who are a party to the case, the general
public, government agencies, non-profit agencies, the media, etc.
3. Bulk Data CD-ROM
Court Technology Services (CTS) creates a monthly CD-ROM containing details of
all new justice court case filings and case terminations, as well as current detailed
information on all pending justice court cases in which activity occurred that month
involving court hearings and events. Data is provided in .txt files which may be
imported into database software. Neither CTS nor the Justice Courts are able to
provide support using the disc as long as the data is readable and not corrupt.
4. Media/Researcher Requests
Requests from media, academics, governments, or non-profits should go to the
Justice Courts’ Public Information Officer: scott.davis@jbazmc.maricopa.gov. 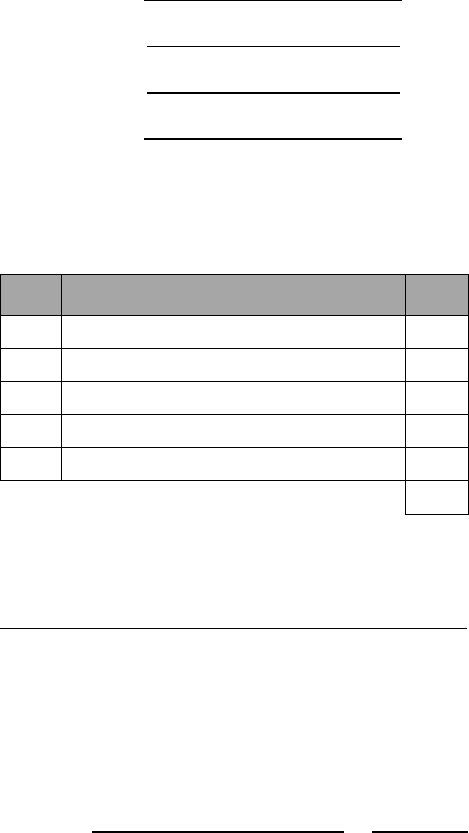 Maricopa County Justice Courts
ADMINISTRATIVE OFFICES
222 N. Central Ave., Suite 210
Phoenix, AZ 85004
ACCESS TO COURT RECORDS –
PUBLIC INFORMATION CD-ROM REQUEST
For public information requests involving bulk data of justice court cases, Court
Technology Services can make available a monthly CD-ROM containing details of all new
justice court case filings and case terminations, as well as current detailed information on
all pending justice court cases in which activity occurred that month involving court
hearings and events.
Please complete this form to request a Justice Court CD-ROM. Mail it and a check to the
address above.
FROM: Name
Address
City/State/Zip
Phone
The service fee for each monthly CD-ROM is currently $28.00 Please make check
payable to the Maricopa County Justice Courts. Full payment must be received prior to
mailing a requested CD-ROM. Allow up to 30 days for processing.
Quantity Specify Month and Year of Request (historical data may be limited) Amount
TOTAL DUE
As required by Arizona Supreme Court Rule 123(j), I certify that the commercial purpose and/or specific
use intended for the records requested is:
NOTICE: I understand and agree that the Maricopa County Justice Courts (MCJC) and Court Technology
Services (CTS) cannot guarantee the accuracy of the information requested and I will not hold MCJC or CTS
liable for any inaccurate or incomplete information I receive. I accept full responsibility for the interpretation,
use, or transmission of the data received in actual or altered form.
Requester Signature
ADMIN-003 R: 1/23/20
Date