On average this form takes 21 minutes to complete

2
Rev. 2015A
TO: Minnesota Department of Human Services or a similar government agency in another state that maintains data about civil
commitments
By signing this Authorization for Release of Data I am giving the Minnesota Department of Human Services or a similar government
agency in another state permission to release the following types of data about me to the named law enforcement agency. I
understand this data
will be used by the law enforcement agency as part of a background check to determine whether I am eligible for a
permit to carry, to renew a permit to carry or for a permit to purchase a firearm.
The data I am asking to be released is whether I have been:
 Committed by a court as mentally ill, developmentally disabled or mentally ill and dangerous to the public
 Committed by a court as chemically dependent
 Found incompetent to stand trial or have been found not guilty by reason of mental illness
 A peace officer informally admitted to a treatment facility for chemical dependency
The data is to be released to the listed law enforcement agency:
Agency Name:
Agency Address:
Agency Contact person and phone number:
I understand that by signing this form I am requesting the data listed be sent to the law enforcement agency listed. I may stop this
consent at any time by writing to the Minnesota Department of Human Services or government agency in another state. If data has
already been released based on this consent, my request to stop the release will not work for that data.
I understand when the data is sent to the law enforcement agency the data could be re-disclosed as provided under federal and state
law. If I choose not to sign this consent form, I may not be able to receive a permit.
This consent will end one year from the date any permit is issued unless I indicate an earlier date or event here:
SIGNATURE :
DATE:
For Law Enforcement Use Only – Permit Issue Date:
PREVIOUS RESIDENCE (PAST 5 YEARS)
From (Mo/Yr) – To (Mo/Yr)
STREET ADDRESS
CITY/TOWNSHIP (if applicable)
STATE
ZIP
COUNTY
AUTHORIZATION FOR RELEASE OF HUMAN SERVICES DATA FOR BACKGROUND CHECKS
NAME (LAST, FIRST, MIDDLE, JR/SR):
BIRTHDATE:
PHONE NO.:
MAIDEN NAME (if applicable) OR OTHER NAMES YOU HAVE USED:
PRESENT RESIDENCE ADDRESS:
CITY/TOWNSHIP (if applicable):
STATE:
ZIP CODE:
COUNTY:
Duluth Police Department
2030 North Arlington Avenue Duluth MN 55811
Dawn Cole (218) 730-5428 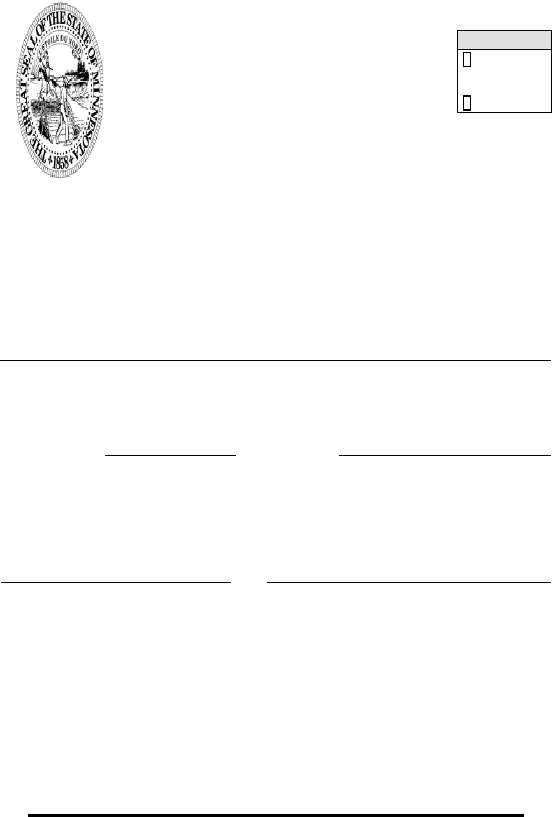