Use Fill to complete blank online CAMBRIDGE CITY COUNCIL pdf forms for free. Once completed you can sign your fillable form or send for signing. All forms are printable and downloadable.

Use our library of forms to quickly fill and sign your Cambridge City Council forms online.

PLANNED TREE MAINTENANCE
PO Box 700, Cambridge, CB1 0JH
www.cambridge.gov.uk • Switchboard: 01223 457000
Tree Works Notification Created By:
Public Scrutiny Date:
Tree Works reference number and schedule title
Wards included within planned works:
Abbey
East Chesterton
Queen Ediths
Arbury
Kings Hedges
Romsey
Castle
Market
Trumpington
Cherry Hinton
Newnham
West Chesterton
Coleridge
Petersfield
Within following Council service areas:
Highways
Housing
Parks
Size of schedule – based on number of trees included witihin:
Small
( < 10 trees)
Medium
(11 - 50 trees)
Large
( > 50 trees)
Brief description of the works
KM
24-Jul-19
1464
Lido Pool Laylandii Hedge
✔
✔
✔
See description below
The Leylandii cypress trees at the outdoor pool were originally planted as a
hedge around the pool to act as a screen. These trees are fast growing and
have in the past been reduced in height by 30% when they have become too
tall, they have again grown way beyond this and are now very dense, and in
some areas are in poor condition. The arboricultural plan for Jesus Green has
previously included a recommendation that the Leylandii around Jesus Green
Lido be managed to point where they were fully removed and replaced with a
natural hedgerow.
The Leylandii are now restricting a large part of the natural sunlight available
during the days around the internal areas of the pool on three sides of the
facility, overshadowing nearly all of the grass surrounds along with parts of
the pool water throughout the day. Whilst the natural shade is welcome in
parts around the pool, the overshadowing now covers mostly all of the grass
area, all day, which accounts for over 60% of the space available for
sunbathing and relaxing which is now in shade throughout most of the day.
The overshadowing not only now covers most of the grass area, but does
encroach on the pool water at certain times of the day and restricts the
sunlight from the pool. As the pool water is not heated it relies on the natural
sunlight to heat the pool water up and temperatures in the past being around
24oc during the height of summer, have only been reaching around 21-22oc
these last few seasons and is thought in part to be due to the amount of tree
shade cast over the pool increasing over the last few years.
Requests have been received from the Friends of Jesus Green Swimming
Pool, to have the conifers removed, and this is high on their agenda as they
feel that this will make a great improvement to the enjoyment of the pool,
enable the pool surrounds to be used more widely, rather than overcrowding
of spaces that are not affected by the shade created by the Leylandii, and will
help naturally heat the pool water to higher temperatures.
The width of some of the Leylandii are now becoming an issue both inside and
outside of the pool.
Encroachment of limbs inside the pool area are taking around a 4m wide strip
along the whole length of the facility off the grass areas, and cannot be used
by the public, for seating and sunbathing, and ultimately has the effect of
reducing the capacity of the pool.
Boughs at lower levels going outside of the pool perimeter are also affecting
the security of the pool, and in some areas the branches can be used to gain
unlawful entry over the high security fencing, which may endanger lives if
accessed out of hours.
Removal of the Leylandii has always been a long term objective of the
previous arboricultural plan for Jesus Green, and their removal and
replacement with a more natural and manageable hedge line would be most
welcomed by both the operators and users of the Jesus Green Lido.

2
Tree Works Notification
For tree works submitted under a ‘Tree Works Notification’ I refer you to Policy GM3
of the Cambridge City Council Citywide Tree Strategy 2016-2026 Part 2:
“All planned tree works will be published on the Council website and through site
notices for the community to access at least 20 working days before implementation.
The council sees this as an important tool for communicating to the local community
about tree work planned for their area and the reasons why the works are
necessary.” https://www.cambridge.gov.uk/tree-strategy
The notification period will run for 20 days from the date of publication of the
schedule.
The majority of the works contained within these schedules consists of minor
pruning to address health and safety issues, or more significant works to remove
trees that are obviously dead, dying or diseased, or replacement planting for trees
that have been removed.
A brief outline of the planned works can be found in the table shown above however;
full details of the planned works can be found within the attached schedules and
maps.
Please note: where trees are due to be felled, these are marked on site with green
tape.
Public Scrutiny
For tree works submitted for ‘Public Scrutiny’ A brief outline of the planned works
which we wish to be publicly scrutinised can be found within the attached schedules
and maps which will be available for ten working days following the date of
publication.
The planned works could involve either removing healthy trees over 75mm in
diameter as measured at 1.5m above ground level and/or any tree work or batch of
works that will have a significant impact on the landscape character of an area as
assessed by an arboricultural officer. This will include crown reductions of over 30%
in branch length on trees that have not previously been reduced.
The table above provides details of the works which are open for public scrutiny,
please note that some tree works schedules may contain other works in other
service areas than those open to this level of scrutiny. The following details only
relate to the significant works considered for scrutiny. Please note: where trees are 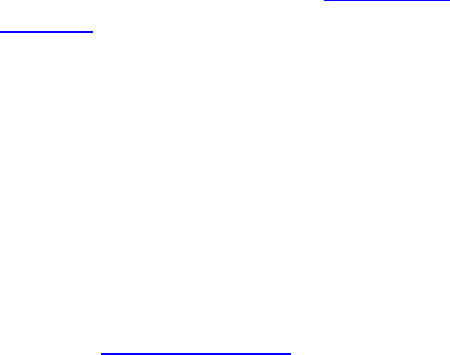 3
due to be felled, these are clearly marked on site with green tape.
I refer you to Policy GM5 of the Cambridge City Council Citywide Tree Strategy
2016-2026 Part 2:
“When considering tree works on City Council land, the Council will invite resident
and stakeholder comment regarding the following kinds of work:
a) Any tree work which will have a significant impact on the character of an area.
b) Felling healthy trees of over 75mm diameter”
If you wish to make a comment about any of the works proposed, please submit
them via this link: Comment on a tree work schedule. All unresolved objections to
tree work subject to public scrutiny will be determined by the relevant Executive
Councillor.