Use Fill to complete blank online SELCO (MA) pdf forms for free. Once completed you can sign your fillable form or send for signing. All forms are printable and downloadable.

The TOWN OF SHREWSBURY Class 1 & 2 License (SELCO) form is 5 pages long and contains:

TOWN OF SHREWSBURY
Richard D. Carney Municipal Office Building
100 Maple Avenue
Shrewsbury, Massachusetts 01545-5398
Class 1 & 2 License Application Requirements
1) General Town of Shrewsbury application for license.
2) Form 53 (Commonwealth of MA form)
3) Letter from owner of the land granting permission to use the land (if applicant
is not the owner).
4) Site plan (scaled 1”=40ft.) showing all available parking and allocations
thereof, driveways, lighting, and location of trash containers shall be
submitted with the license application. (2) Copies of the site plan and building
floor plan reduced to either 8 ½ x 11, or if applicable, 11x17 must be submitted
with the application. Site plan must be constructed in accordance with Article
3 of the ZBA Rules & Regulations.
5) Commonwealth of Massachusetts Dept. of Industrial Accidents Workers’
Compensation Insurance Affidavit.
6) Application fee (noted on the application), made payable to the Town of
Shrewsbury. This fee covers the cost of the legal advertisement and
notification to abutters by mail.
7) All Garage, Class 1 & 2 License Holders must also apply for a special permit
from the ZBA. Applicants must appear before the Board of Selectmen for their
license before appearing before the ZBA for a special permit, however,
applicants may apply for a license and a special permit at the same time.
You must be present at the public hearing for your application to be approved. That date
will be scheduled when the application, fee and appropriate paperwork are completed and
returned. All Class I, Class II, and Garage License Holders must receive a Special Permit
(after the appeal period) from the ZBA before a license will be issued.
The Board of Selectmen’s office will request a letter from the Tax Collector stating that
there are no outstanding taxes, fees, bills, municipal charges, or betterments that the
Office of the
BOARD OF SELECTMEN
TELEPHONE: (508) 841-8508
FAX: (508) 842-0587
selectmen@shrewsburyma.gov

applicant(s) has neglected or refused to pay for a period of not less than one year. This is
subject to the conditions of Article 11-A of the Town of Shrewsbury General By-laws. The
Selectmen will also request reports from the Police Chief, Fire Chief, Zoning opinion from
the Building Inspector, and any other department having an interest in the said site and/or
use related to the application.
CLASS 2 BOND REQUIREMENT
Successful applicants for Class 2 Licenses should be informed that they will not be able to pick
up their license until they provide a copy of a bond or equivalent proof of financial responsibility
in the amount of $25,000 as required by Chapter 422 of the Acts of 2002 by the Senate and
House of Representatives of the Commonwealth of Massachusetts.

TOWN OF SHREWSBURY
Richard D. Carney Municipal Office Building
100 Maple Avenue
Shrewsbury, Massachusetts 01545-5338
USED CAR DEALER AND GARAGE LICENSE REGULATIONS
1. All Motor Vehicles on a dealer’s lot shall be properly entered in a Used Motor Vehicle Dealers
Book in a manner approved by the Registry of Motor Vehicles. (Refers to MGL Ch140, s62)
2. A
current Used Motor Vehicle Dealers Book shall be available on the licensed premises for
inspection during all normal business hours. (Refers to MGL Ch140, s62)
3. A
police officer or selectman may at any time enter upon a licensed car dealers premises and
examine all second hand motor vehicle, or parts and all books, papers and inventories relating thereto.
(Refers to MGL Ch140, s66)
4. A
ll titles shall be completely filled in and available for inspection during normal business hours. If
licensee stores titles offsite, licensee must provide the title within 24 hours, excluding Saturdays, Sundays
& holidays and shall be produced on the next business day, if requested by a police officer or selectman.
5. A
ny dealer conducting repairs on a licensed premises shall have a Garage License. (Refers to
Article 11-G of the Town of Shrewsbury’s General By-laws)
6. L
icensed premises shall not have junked, disabled, inoperative vehicles, or major parts thereof
stored on the licensed premises unless otherwise permitted by law.
7. A
ny change in ownership or manager must be approved by the Board of Selectmen. The current
manager must be listed on the license.
8. A temporary license holder must apply for a permanent license. The issuance of a permanent license
will only be considered after a public hearing has been held.
9.
Permits for a change of situation of the licensed premises or for additions thereto may only be granted
by the licensing board after a public hearing has been held.
10. T
he Board of Selectmen may impose restrictions on a car dealer license or garage license as the Board
may deem appropriate and in the public interest.
B
y authority of and in compliance with the provisions of Chapter 140 Section 59, of the Mass General
Laws, and amended thereto, the above rules and conditions are hereby prescribed and approved.
T
hese regulations shall be posted on the premises in a conspicuous place.
Approved 12/18/95
Office of the
BOARD OF SELECTMEN
TELEPHONE: (508) 841-8508
FAX: (508) 842-0587
selectmen@shrewsburyma.gov 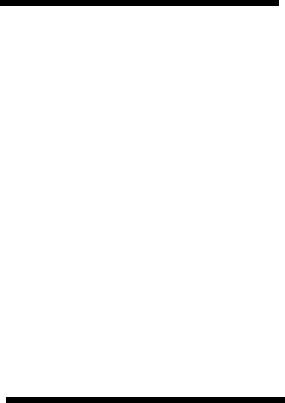