The MINNESOTA UNIFORM FIREARM APPLICATION PERMIT TO CARRY A form is 5 pages long and contains:

DATA PRACTICES ADVISORY
MINNESOTA UNIFORM FIREARM APPLICATION
PERMIT TO CARRY A PISTOL
(TYPE OR PRINT ONLY)
THIS APPLICATION MUST BE SUBMITTED IN PERSON
CHECK TYPE
NEW
RENEWAL
PERSONAL DATA CHANGE
REPLACEMENT
EMERGENCY
NOTE: PERSONAL DATA CHANGE/
REPLACEMENT APPLICANTS NEED ONLY
COMPLETE REQUIRED PERSONAL DATA
AND SIGN WHERE INDICATED.
NOTICE TO APPLICANT: An incomplete application will be denied. If an applicant is found to have knowingly falsified this
application or omitted pertinent information that person may be subject to criminal prosec
ution. The waiting period will begin on the
date that this application is fully completed and submitted.
The Minnesota Data Practices Act requires you be advised of the following:
As an applicant for a permit to carry a pistol, you are being asked to provide private data about yourself that will be used to check
various databases to determine your eligibility to possess a firearm.
You may refuse to provide this data. If you refuse, the background check cannot be completed and your application will not be
processed. Providing the data will permit the background check to be completed. The result of the check may be either affirmative or
negative. The data you provide may be shared with other criminal justice agencies, via court order or as authorized or required by
law.
I HAVE READ AND UNDERSTAND THE ABOVE DATA PRACTICES ADVISORY.
SIGNATURE: DATE:
REQUIRED PERSONAL DATA
NAME (LAST, FIRST, MIDDLE, JR/SR): BIRTH DATE: PHONE NO.:
MAIDEN NAME (if applicable) OR OTHER NAMES YOU HAVE USED:
PRESENT RESIDENCE ADDRESS:
CITY/TOWNSHIP (if applicable):
COUNTY:
STATE:
ZIP CODE:
SEX:
HEIGHT:
WEIGHT:
EYE COLOR:
HAIR COLOR:
STATE:
DRIVER’S LICENSE, STATE ID OR PASSPORT NUMBER:
DISTINGUISHING PHYSICAL CHARACTERISTICS (INCLUDING SCARS, MARKS, TATTOOS, ETC.):
PREVIOUS RESIDENCES (PAST 5 YEARS)
FROM (Mo/Yr) – TO (Mo/Yr)
CITY
TOWNSHIP (if applicable)
COUNTY
STATE
Rev. 2015 1
DATA PRACTICES ADVISORY 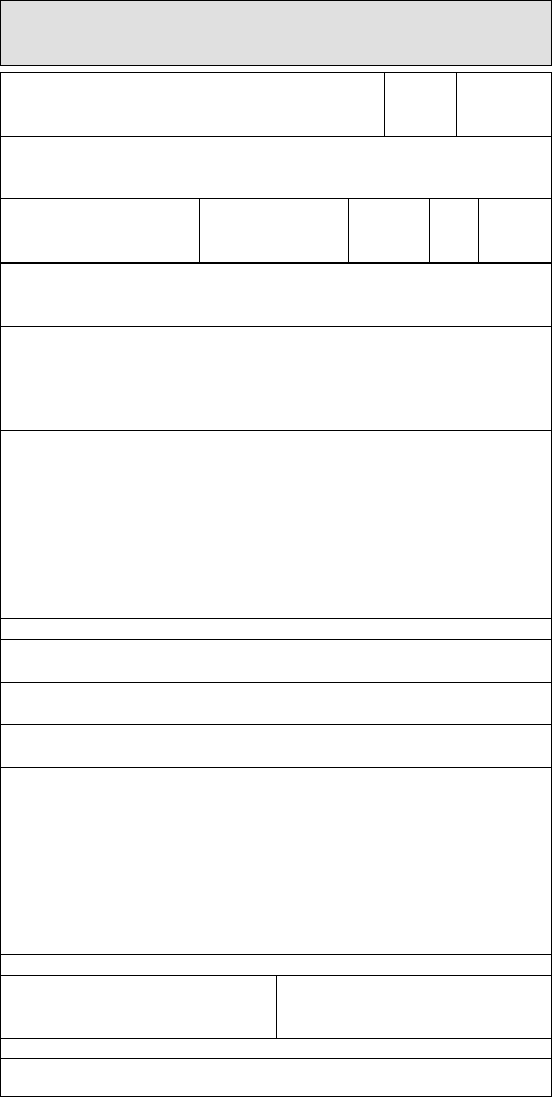 AUTHORIZATION FOR RELEASE OF HUMAN SERVICES DATA FOR BACKGROUND CHECKS
NAME (LAST, FIRST, MIDDLE, JR/SR): BIRTH DATE: PHONE NO.:
MAIDEN NAME (if applicable) OR OTHER NAMES YOU HAVE USED:
PRESENT RESIDENCE ADDRESS:
CITY/TOWNSHIP (if applicable):
COUNTY:
STATE:
ZIP CODE:
TO: Minnesota Department of Human Services or a similar government agency in another state that maintains data about civil
commitments
By signing this Authorization for Release of Data I am giving the Minnesota Department of Human Services or a similar government
agency in another state permission to release the following types of data about me to the named law enforcement agency. I
understand this data will be used by the law enforcement agency as part of a background check to determine whether I am eligible for
a permit to carry, eligible to renew a permit to carry, or eligible for a permit to purchase a firearm.
The data I am asking to be released would indicate whether I have been:

Committed by a court as mentally ill, developmentally disabled or mentally ill and dangerous to the public
 Committed by a court as chemically dependent
 Found incompetent to stand trial or found not guilty by reason of mental illness
 A peace officer informally admitted to a treatment facility for chemical dependency
The data
is to be released to the listed law enforcement agency:
AGENCY NAME:
AGENCY ADDRESS:
AGENCY CONTACT PERSON AND PHONE NUMBER:
I understand that by signing this form I am requesting the data listed be sent to the law enforcement agency listed. I may cancel this
consent at any time by writing to the Minnesota Department of Human Services or government agency in another state. If data has
already been released based on this consent, my request to cancel the release will not work for that data.
I understand when the data is s
ent to the law enforcement agency, the data could be redisclosed as allowed under federal and state
law. If I choose not to sign this consent form, I may not be able to receive a permit.
This consent will end five years from the date any permit is issued unless I indicate an earlier date or event here:
SIGNATURE:
DATE:
For Law Enforcement Use Only – Permit Issue Date:
Rev. 2015 2 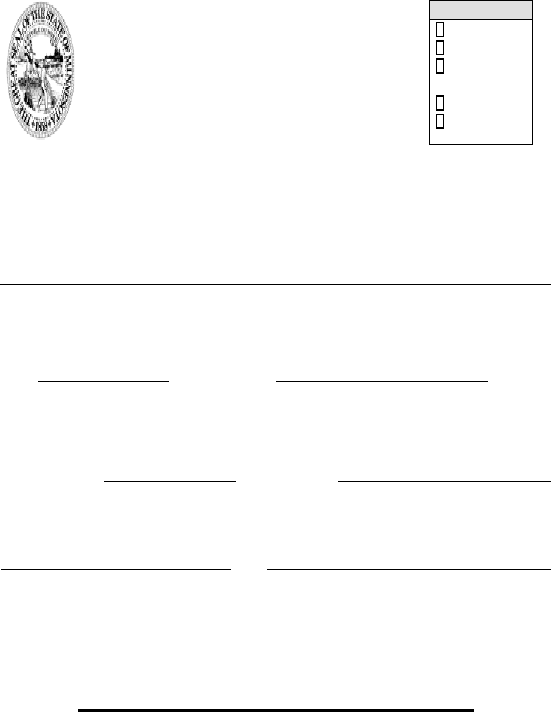