Use Fill to complete blank online UTAH COMMUNITY ACTION pdf forms for free. Once completed you can sign your fillable form or send for signing. All forms are printable and downloadable.

Use our library of forms to quickly fill and sign your Utah Community Action forms online.

Page 1 of 3
8-29-2019 blc
INCOME PROPERTY OWNER WEATHERIZATION AGREEMENT
To be completed by Property Owner
(For rental units only)
The , (hereinafter referred to as the Agency),
(Name of local Weatherization agency)
a local Sub-grantee agency of the state of Utah, and, the Owner, (hereinafter referred to as the Lessor), as of this day
of , 20 . herewith enter into an agreement regarding the implementation of segments of the
low-income Weatherization Assistance Program at the following dwelling unit(s):
Address and description of dwelling unit(s) to be weatherized:
WHEREAS, the Lessor is the owner of the above mentioned dwelling unit(s) and hereby authorizes and permits the Agency
to undertake the Weatherization activities allowed by federal law and regulations, as determined necessary by an energy audit
conducted by the Agency, including but not limited to ceiling, wall, floor and duct insulation, replacement windows, caulking
HVAC equipemnt and weather-stripping.
NOW, THEREFORE, in consideration of the above and the mutual promises and obligations herein provided, the parties
hereto agree as follows:
1. Services to be provided
Upon written request, the Agency agrees to furnish the Lessor with an itemization of the services and materials to be
provided which shall be attached to and become part of this Agreement.
2. Consideration for Services
From the date of execution of this Agreement, the Lessor further agrees not to raise the rental charge of the above unit(s)
for one (1) year from the date the Weatherization services are completed because of the increased value of any such
dwelling unit(s) due to Weatherization assistance provided under this program. This does not preclude the increase of rents
due to increased operating costs by the owner that can be documented. The Lessor further acknowledges that there are no
current plans to sell or dispose of said rental unit(s) for a period of not less than one year from the date of this agreement.
3. Eviction
The Lessor agrees and covenants that the Lessee(s) of said dwelling unit(s) so weatherized shall not be evicted or
involuntarily removed from the dwelling because of the Weatherization services provided under this agreement and because
of the upgraded value of the dwelling units(s). The Lessor further agrees that if it becomes necessary to evict or
involuntarily remove the tenant(s) for any other reason during the one-year period following the completion of
Weatherization, the Lessor will comply with the terms of paragraph 4, Dispute Resolution, in their entirety. The Lessor also
agrees not to move Weatherization eligible tenants from one unit to another in order to obtain Weatherization improvements
on additional rental units. Where the Lessee voluntarily or otherwise vacates the leased dwelling, the Lessor agrees to make
every effort to rent said unit(s) to a low-income Lessee for a period of not less than one year from the date of completion of
the Weatherization services.
4. Dispute Resolution
If, during the one-year period following the completion of Weatherization services under this Agreement, the Lessor
determines it is necessary to evict the Lessee for cause unrelated to the Weatherization and/or increase in value of the
dwelling not due to the Weatherization, the Lessor agrees to provide the Lessee with a written statement of the reason(s) for
such eviction at least ten (10) days prior to serving the Lessee with a Notice to Vacate or Notice to Quit.
If the Lessee, in good faith, disagrees with the reasons stated, the Lessee may, within the ten-day period, file a complaint
with the Utah Energy Advisory Council or other independent third party arbitrator designated by the Council such as the

Page 2 of 3
Utah Dispute Resolution, a non-profit affiliate of the Utah State Bar. The Lessor agrees that, during the period required for
the resolution of the dispute, which begins upon receipt of the complaint, the tenant will not be evicted and will be allowed to
remain in the dwelling unit(s) providing the tenant agrees to abide by all other current terms of the lease. No more than thirty
(30) days will be allowed for the resolution of the complaint. The Lessor further agrees to be bound by the resolution of the
dispute arrived at by the Utah Energy Advisory Council or their appointed arbitrator. The Lessee is notified, by receipt of a
copy of this Agreement, that the Lessor does not waive, by agreeing to this paragraph, any causes of action or remedies
available to him or her under Utah law, including, but not limited to, treble damages for waste and damages for a bad faith
filing of a complaint under this paragraph.
5. Penalty for Violation
If the Consideration of Services, Dispute Resolution, or Eviction sections of this Agreement are violated, the Lessor will be
billed for the cost of the Weatherization services and agrees to pay, within thirty (30) days of the date of such billing, the
cost of such services. In the case of violations of this Agreement, billing for Weatherization services would be made on a
prorated basis for each month that the unit(s) was/were inhabited by a low-income person.
6. Assignment
This Agreement shall not be assignable or herein delegable without the prior written consent of the Agency.
7. Primary Benefit of the Contract
The parties agree that this agreement is entered into for the primary benefit of the Lessee.
8. Liability
The Agency shall not be held responsible or liable in any way for the failure to provide work, labor services or materials
provided for by the term of the Agreement due to federal, state or municipal action or regulation. In exercising the privilege
under this Agreement, the Lessor shall not be liable for injuries and damages occurring during the completion of
Weatherization activities, which do not arise as a result of the Lessor’s actions, or activities on the premises.
9. Code Violations
Where violations of applicable building and/or health codes exist in the rental unit(s), the Agency may refuse to complete or
undertake Weatherization services until such time as the Lessor repairs and corrects the existing health and building code
violations in the units(s).
10. Regulations
All applicable federal and state regulations governing the provision of services and allowable expenditure of the funds
utilized pursuant to this Agreement are hereby incorporated into and made part of this Agreement.
8-29-2019 blc 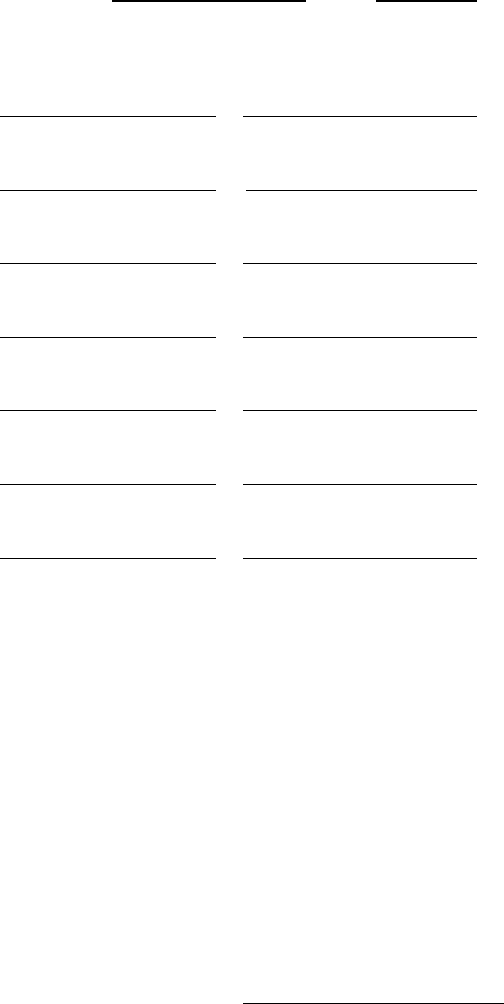