On average this form takes 8 minutes to complete 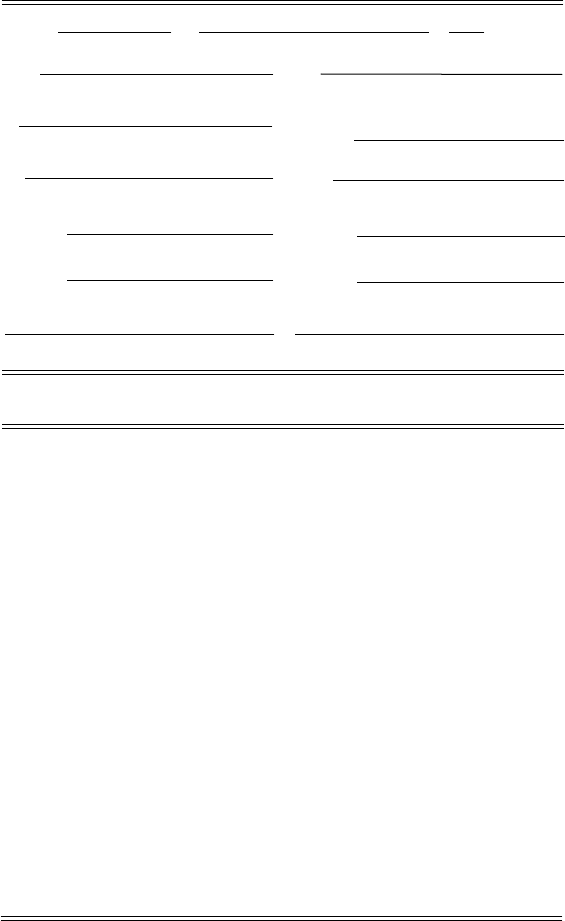 BOND CONDITIONS (Continued)
8. WHEREAS, should the surety elect to cancel this bond, the surety agrees to give the principal and the BLM 90 days written notice by certified mail,
return receipt requested, at their respective addresses as stated herein. The address for service to BLM concerning this bond
is the BLM _______________________ State Office located at ____________________________________________________________________
_______________________________________________________________________________________________________________________.
The surety further agrees that in the event of such cancellation this bond will remain in full force and effect as to all areas within the plan of
operations/notice disturbed prior to the effective date of such cancellation, unless and until the principal should file a substitute bond or other
acceptable instrument to protect the interests of the BLM and such bond or instrument is accepted by the BLM; and
9. W
HEREAS, the principal and surety agree that in the event of any default under the plan of operations and/or notice, the bond may be forfeited and,
the United States, through the BLM, may commence and prosecute any claim, suit, or other proceeding against the surety and principal, or either of
them, without the necessity of joining the owner(s) of the mining claim(s), mill site(s), or tunnel site(s) covered by the plan of operations and/or
notice; and
10. W
HEREAS, if the principal fails to comply with the provisions of 43 CFR 3802 and 43 CFR 3809, the principal will be subject to the applicable
provisions and penalties of Sections 303 and 305 of the Federal Land Policy and Management Act of 1976, as amended, (43 U.S.C. 1733 and 1735).
This provision should not be construed to prevent the exercise by the United States of any other legal and equitable remedy, including waiver of the
default; and
11. W
HEREAS, on the faith of the foregoing promises, representations, and appointments and in consideration of this bond, the United States has received
a notice or approved the plan of operations referenced herein.
12. N
OW, THEREFORE, the condition of this obligation is that if said principal, heirs, executors, administrators, successors, or assignees will, in all
respects, faithfully comply with all of the provisions of the plan of operations and/or notice, and any amendments thereto, and the regulations at 43
CFR 3802 and 43 CFR 3809, then this obligation will be null and void; otherwise it will remain in full force and effect.
Executed this day of , 20 :
Surety
By
Principal
(Print Name)
Title
Business Address
(TIN or SSN, if applicable) ( TIN )( TIN )
Title 18 U.S.C. Section 1001 and Title 43 U.S.C. Section 1212 make it a crime for any person knowingly and willfully to make to any department or
agency of the United States any false fictitious, or fraudulent statements or representations as to any matter within its jurisdiction.
This bond must bear the seal of the surety company. If this bond is signed by a corporation, it should bear the seal of the corporation, if applicable.
NOTICES
The Privacy Act of 1974 and the regulation in 43 CFR 2.48(d) require that you be furnished the following information in connection with information
required by this application.
AUTHORITY: 30 U.S.C. 22 et seq.; 43 U.S.C. 1732(b) and 1782(c); 31 U.S.C. 9301 et seq.; 43 CFR 3802 and 43 CFR 3809.
PRINCIPAL PURPOSE: Information is being used to establish financial responsibility for surface disturbance on public lands.
ROUTINE USES: BLM will only disclose the information according to the regulations at 43 CFR 2.56(d).
EFFECT OF NOT PROVIDING INFORMATION: Disclosure of the information is necessary to receive or obtain a benefit. Failure to disclose this
information may result in BLM’s rejection of your application.
The Paperwork Reduction Act of 1995 requires us to inform you that:
BLM collects this information to grant the right to conduct exploration and mining activities on public lands.
Response to this request is required to obtain or retain benefit.
BLM would like you to know that you do not have to respond to this or any other Federal agency-sponsored information collection unless it displays a
currently valid OMB control number.
BURDEN HOURS STATEMENT: Public reporting burden for this form is estimated to average 8 hours per response, including the time for reviewing
instructions, gathering and maintaining data, and completing and reviewing the form. Direct comments regarding the burden estimate or any other aspect
of this form to: U.S. Department of the Interior, Bureau of Land Management (1004-0194), Bureau Information Collection Clearance Officer (WO-630),
1849 C Street, N.W., Room 2134LM, Washington, D.C. 20240.
(Form 3809-1, page 2)
Business Address
Signature
Attorney-in-fact
click to sign
signature
click to edit