The Form 3510-1: THE INTERIOR BUREAU OF LAND UNITED (Bureau of Land Management - Main Domain) form is 3 pages long and contains:

No
(If “Yes,” give name of agency)
6. Are the lands administered by a government agency?
Yes
Form 3510-1
(Aug 2016)
UNITED STATES DEPARTMENT OF
THE INTERIOR BUREAU OF LAND
MANAGEMENT
PROSPECTING APPLICATION AND PERMIT
FORM APPROVED
OMB NO. 1004-0121
Expires: August 31, 2019
1. Serial Number (See Specic Instructions - Item 1)
2. What mineral(s) are you applying for?
3a. Applicant’s name
3b. Applicant’s address
4. Give legal description of land requested (See General Instructions, Item 4)
5. Legal description of land included in permit
APPLICANT DOES NOT FILL IN THIS SPACE
Total acres Rental submitted $ Total acres Rental retained $
No
(See Specic Instructions - Item 7)
Yes
7. Are you the sole party in interest?
8a. Are you a citizen of the United States?
8b. Are you over the age of majority?
Yes
No
Yes No
9a. Is application made for a corporation or other legal entity?
Yes
No
(If “Yes,” see Specic Instructions - Item 9a)
9b. Has a statement of qualication been led? No (If “Yes,” give le number, if “No,” see regulation 43 CFR 3502)
Yes
10. A processing fee will be determined on a case-by- 11. Be sure to enclose the rst year’s advance rental computed at the rate
case basis. (See Specic Instructions - Item 10) of 50¢ per acre or fraction thereof (See Specic Instructions - Item 11)
I CERTIFY That my interests, direct or indirect, in leases, permits, and applications therefor, do not exceed the maximum permitted by law or
regulation, and that the statements made herein are true, complete, and correct to the best of my knowledge and belief and are made in good faith.
(Signature of Applicant) (Signature of Applicant)
(Date) (Attorney-in-fact)
Title 18 U.S.C. Section 1001, makes it a crime for any person knowingly and willfully to make to any department or agency of the United States any false,
ctitious or fraudulent statements or representations as to any matter within its jurisdiction.
DO NOT WRITE BELOW THIS LINE
PROSPECTING PERMIT
(Name of Mineral(s)
A permit for the lands in Item 5, above, is hereby issued under the
below) and is subject to all regulations found in 43 CFR 3500 and to the
terms and conditions set forth on the reverse hereof.
Other Special Act(s) (as indicated
Mineral Leasing Act, 30 U.S.C. 181 et seq.,
Acquired Lands Leasing
Act, 30 U.S.C. 351 et seq.,
Section 402 of Reorganization Plan No. 3
of 1946, 5 U.S.C. Appendix 1031,
This permit, to the extent applicable, is subject to standard and/or special
stipulations.
Stipulations if any are attached.
THE UNITED STATES OF AMERICA
Effective date of permit
By
This permit is issued for a period of years
(Title) (Date)
(Continued on page 2) (Form 3510-1, page 1)
Print
Clear 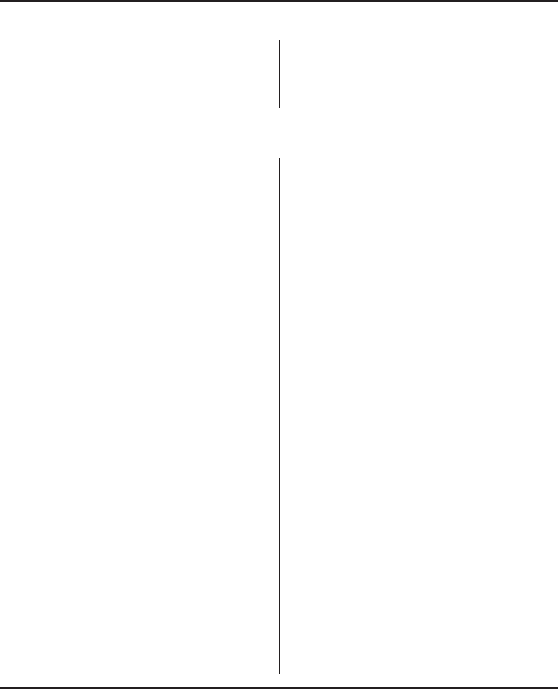 Sec. 14. Special Stipulations (Cont.)
GENERAL INSTRUCTIONS
Number of copies. Three copies of the application, typewritten or
printed plainly and signed in ink, must be led in the BLM ofce
having jurisdiction for the State in which the lands are located.
If additional space is needed to furnish any of the required informa-
tion, the information should be prepared on additional sheets (8 1/2 x
11”), initialed, and attached to this application.
SPECIFIC INSTRUCTIONS
NOTE: After an initial review and clearance of the application, but
prior to the BLM’s issuance of the prospecting permit, the applicant
will be required to le in triplicate an exploration plan reasonably
designed to determine the existence or workability of the deposit.
See regulations in 43 CFR Part 3500, for Specic requirements
regarding information to be included in exploration plan.
Item 1 - Serial Number will be issued by the BLM at the time the
application is led. Any future correspondence concerning this
application/permit should reference the serial number.
Item 2 -Specify mineral(s) applied for.
Item 4 - Land description: A complete and accurate description of
the lands for which the permit is desired must be given in accordance
with the regulations at 43 CFR 3503. The acreage must not exceed
the maximum permitted by laws or regulations. In instances where
the United States does not own a 100-percent interest in the mineral
deposits in any particular tract, the applicant should indicate the
percentage of Government ownership.
Item 7 - Party in interest: Applicant must indicate whether or not he is
the sole party in interest. If not, the applicant must submit, at the time
the offer is led, a signed statement setting forth the names of the
other interested parties. All interested parties must furnish evidence
of their qualications to hold an interest in this permit, if issued.
Item 9a - Application by a Corporation. If the applicant is a
corporation, an ofcer or authorized attorney-in-fact of the
corporation must submit the information specied in regulation 43
CFR 3502.30.
Application by an Association including a partnership. If the
applicant is an unincorporated association, the application must be
accompanied by a copy of the articles of association together with
a showing as to citizenship and holdings of its members, as are
required of an individual.
Application by a trust: See regulation 43 CFR 3502.29 for specic
requirements.
Item 9b - Statement of Qualications: If information as to
qualications has been led previously with BLM, reference to that
serial number may be made.
Item 10 - A processing fee will be charged which will be determined
on a case-by- case basis under 43 CFR 3000.11.
Item 11 - Advance rental: An advance rental at the rate of 50 cents
per acre, or fraction thereof, but not less than $20 made payable to
the Department of the Interior - Bureau of Land Management must
be submitted with this application. (For example, the advance rental
payment for an application covering 40.1 acres would be $20.50).
(Continued on page 4)
(Form 3510-1, page 3)

NOTICES
The Privacy Act of 1974 and the regulation in 43 CFR 2.48(d) provide that you be furnished with the following information in connection
with information required by this application.
AUTHORITY: 30 U.S.C. 181 et seq., 351 et seq.; 5 U.S.C. Appendix 1031; 43 CFR 3500
PRINCIPAL PURPOSE: The Bureau of Land Management (BLM) will use the information you provide to process your application for a
prospecting permit.
ROUTINE USES: In accordance with the System of Records titled, “Land and Minerals Authorization Tracking System—Interior, LLM-
32,” disclosure outside the Department of the Interior may be made: (1) To appropriate Federal agencies when concurrence or supporting
information is required prior to granting or acquiring a right or interest in lands or resources, (2) To Federal, State, or local agencies or a
member of the general public in response to a specic request for pertinent information, (3) To the U.S. Department of Justice or in a pro-
ceeding before a court or adjudicative body when (a) the United States, the Department of the Interior, a component of the Department, or
when represented by the government, an employee of the Department is a party to litigation or anticipated litigation or has an interest in such
litigation, and (b) the Department of the Interior determines that the disclosure is relevant or necessary to the litigation and is compatible with
the purpose for which the records were compiled, (4) To an appropriate Federal, State, local, or foreign agency responsible for investigating,
prosecuting, enforcing, or implementing a statute, regulation, rule, or order, where the disclosing agency becomes aware of an indication of
a violation or potential violation of civil or criminal law or regulation, (5) To a member of Congress or a Congressional staff member from
the record of an individual in response to an inquiry made at the request of that individual, (6) To the Department of the Treasury to effect
payment to Federal, State, and local government agencies, nongovernmental organizations, and individuals, and (7) To individuals involved
in responding to a breach of Federal data. The BLM will only disclose this information in accordance with the Freedom of Information Act,
the Privacy Act, and the provision in 43 CFR 2.56(c).
EFFECT OF NOT PROVIDING INFORMATION: Filing of this application and disclosing this information is required to obtain a benet.
If you do not provide the information, BLM may reject your application.
The Paperwork Reduction Act of 1995 requires us to inform you that:
BLM collects this information to comply with the regulations of 43 CFR 3500, which implement the provisions of the Mineral Leasing Act of
1920, as amended; the Mineral Leasing Act for Acquired Lands of 1947; Section 402 of Reorganization Plan No. 3 of 1946; or other special
leasing acts.
BLM uses the information to identify the applicant and the Federal lands for which the applicant seeks permission to prospect for minerals.
Response to this request is required to obtain and keep a benet.
BLM would like you to know that you do not have to respond to this or any other Federal agency-sponsored information collection unless it
displays a currently valid OMB control number.
BURDEN HOURS STATEMENT: Public reporting burden for this form is estimated to average 10 hours per response, including the time
for reviewing instructions, gathering and maintaining data, and completing and reviewing the form. Direct comments regarding the burden
estimate or any other aspect of this form to: U.S. Department of the Interior, Bureau of Land Management (1004-0121), Bureau Information
Collection Clearance Ofcer (WO-630), 1849 C Street, N.W., Room 2134 LM, Washington, D.C. 20240.
(Form 3510-1, page 4)