Form 6252 (2018)
Page 3
However, the pledge rule doesn’t apply
to pledges made after December 17,
1987, if the debt is incurred to refinance
the principal amount of a debt that was
outstanding on December 17, 1987, and
was secured by nondealer installment
obligations on that date and at all times
after that date until the refinancing. This
exception doesn’t apply to the extent
that the principal amount of the debt
resulting from the refinancing exceeds
the principal amount of the refinanced
debt immediately before the refinancing.
Also, the pledge rule doesn’t affect
refinancing due to the calling of a debt by
the creditor if the debt is then refinanced
by a person other than this creditor or
someone related to the creditor.
Interest on Deferred Tax
Generally, you must pay interest on the
deferred tax related to any obligation
that arises during a tax year from the
disposition of property under the
installment method if:
• The property had a sales price over
$150,000; and
• The aggregate balance of all nondealer
installment obligations arising during,
and outstanding at the close of, the tax
year is more than $5 million.
You must pay interest in subsequent
years if installment obligations that
originally required interest to be paid are
still outstanding at the close of a tax year.
The interest rules don’t apply to
dispositions of:
• Farm property,
• Personal use property by an individual,
• Real property before 1988, or
• Personal property before 1989.
See section 453(l) for more information
on the sale of timeshares and residential
lots under the installment method.
How to report the interest. The interest
isn’t figured on Form 6252. See Pub. 537
for details on how to report the interest.
Additional Information
See Pub. 537 for additional information,
including details about reductions in
selling price, the single sale of several
assets, like-kind exchanges, dispositions
of installment obligations, and
repossessions.
Specific Instructions
Part I—Gross Profit and
Contract Price
Line 5
Enter the total of any money, face
amount of the installment obligation, and
the FMV of other property or services
that you received or will receive in
exchange for the property sold. Include
on line 5 any existing mortgage or other
debt the buyer assumed or took the
property subject to. Don’t include stated
interest, unstated interest, any amount
recomputed or recharacterized as
interest, or original issue discount.
If there is no stated maximum selling
price, such as in a contingent payment
sale, attach a schedule showing the
computation of gain. Enter the taxable
part of the payment on line 24 and also on
line 35 if Part III applies. See Temporary
Regulations section 15A.453-1.
Line 6
Enter only mortgages or other debts the
buyer assumed from the seller or took
the property subject to. Don’t include
new mortgages the buyer gets from a
bank, the seller, or other sources.
Line 8
Enter the original cost and other
expenses you incurred in buying the
property. Add the cost of improvements,
etc., and subtract any casualty losses
and any of the following credits
previously allowed with respect to the
property.
• Nonbusiness energy property credit.
• Residential energy efficient property
credit.
• Adoption credit.
• District of Columbia first-time
homebuyer credit.
• Disabled access credit.
• New markets credit.
• Credit for employer-provided childcare
facilities and services.
• Energy efficient home credit.
• Alternative motor vehicle credit.
• Alternative fuel vehicle refueling
property credit.
• Qualified railroad track maintenance
credit.
• Enhanced oil recovery credit.
• Qualified plug-in electric drive motor
vehicle credit.
• Qualified plug-in electric vehicle credit.
• Qualified electric vehicle credit.
For additional information, see Pub.
551, Basis of Assets.
Line 9
Enter all depreciation or amortization you
deducted or were allowed to deduct
from the date of purchase until the date
of sale. Adjust the depreciation or
amortization amount by adding any of
the following deductions previously
taken with respect to the property.
• Section 179 expense.
• Commercial revitalization deduction.
• Deduction for clean-fuel vehicles and
refueling property.
• Deductions claimed under sections
190 and 193.
• Deductions claimed under section
1253(d)(2) and (3) (as in effect before
enactment of P.L. 103-66).
• Basis reduction to investment credit
property.
Subtract the following recapture
amounts and credits previously allowed
with respect to the property.
• Section 179 or 280F.
• Clean-fuel vehicles and refueling
property.
• Investment credit amount.
• Credit for employer-provided childcare
facilities and services.
• Alternative motor vehicle credit.
• Alternative fuel vehicle refueling
property credit.
• Qualified plug-in electric drive motor
vehicle credit.
• Qualified plug-in electric vehicle credit.
• Qualified electric vehicle credit.
Line 11
Enter sales commissions, advertising
expenses, attorney and legal fees, and
other selling expenses incurred to sell
the property.
Line 12
Any ordinary income recapture under
section 1245 or 1250 (including sections
179 and 291) is fully taxable in the year
of sale even if no payments were
received. To figure the recapture
amount, complete Form 4797, Part III.
The ordinary income recapture is the
amount on line 31 of Form 4797. Enter it
on line 12 of Form 6252 and also on line
13 of Form 4797. Don’t enter any gain
for this property on line 32 of Form 4797.
If you used Form 4797 only to figure the
recapture amount on line 12 of Form
6252, enter “N/A” on line 32 of Form
4797. Partnerships and S corporations
and their partners and shareholders, see
the Instructions for Form 4797.
Line 14
Don’t file Form 6252 if line 14 is zero or
less. Instead, report the entire sale on
Form 4797, Form 8949, or the Schedule
D for your tax return.
Line 15
If the property described on line 1 was
your main home, you may be able to
exclude part or all of your gain. See Pub.
523, Selling Your Home, for details.
Part II—Installment Sale
Income
Line 19
Enter the gross profit percentage
(expressed as a decimal amount)
determined for the year of sale even if
you didn’t file Form 6252 for that year. 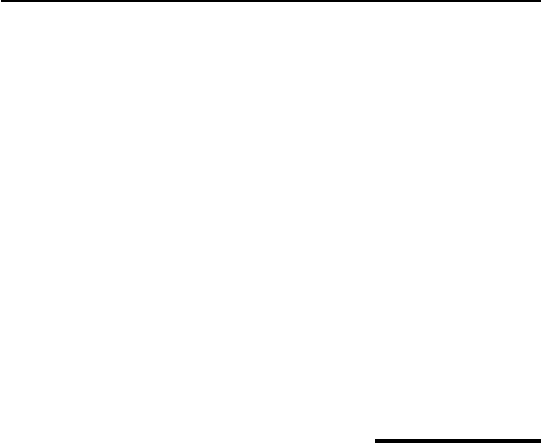