Use Fill to complete blank online CHARTER TOWNSHIP OF COMSTOCK, MICHIGAN (MI) pdf forms for free. Once completed you can sign your fillable form or send for signing. All forms are printable and downloadable.

The TransferOwnershipGuidelines 423898 7 form is 96 pages long and contains: 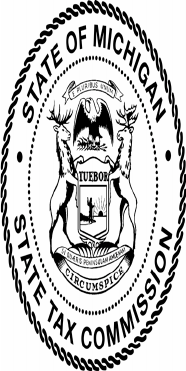 28
have uncapped for the 2006 assessment year because Nathan was not an “original
owner,” or an already existing joint tenant before the August 11, 2004 joint tenancy
was created.
The Michigan Court of Appeals reversed the Tax Tribunal. The Court found the property
should not have uncapped because the death of a joint tenant does not constitute a transfer
of ownership, even if the joint tenant who dies was the sole original owner. The Court
concluded that a “conveyance” within the meaning of MCL 211.27a(7)(i) could not
occur unless there was a transfer of title by a written instrument.
The Michigan Supreme Court reversed the Michigan Court of Appeals’ decision. The
Supreme Court found that the death of the only other joint tenant is a conveyance
under the GPTA and does not require a written instrument beyond the deed initially
creating the joint tenancy. The Court also determined that MCL 211.27a(7)(i)
establishes requirements for an exception from the definition of transfer of ownership
in three separate and distinct types of conveyances: termination of a joint tenancy,
creation of a joint tenancy where the property was not previously held in joint tenancy
or the creation of a successive joint tenancy.
Definitions:
Joint Tenancy: A joint tenancy is a form of concurrent ownership wherein each co-tenant
owns an undivided share of property and the surviving co-tenant has the right to the
whole estate. On the death of each joint tenant, the property belongs to the surviving
joint tenants, until only one individual is left.
Initial Joint Tenant: A person whose interest in the property was obtained because he or
she was one of the joint tenants who became a co-owner as a result of the “initial” joint
tenancy and who has continuously held an interest in the property as a co-owner in joint
tenancy since the creation of the “initial” joint tenancy.
1
Original Owner: A sole owner at the time of the last uncapping event; a joint owner at
the time of the last uncapping event; or, the spouse of the either a sole or joint owner
of the property at the time of the last uncapping event.
How to Determine if a Property Should Uncap:
Step 1: Identify the “Conveyance at Issue”
The first step is to determine if the “conveyance at issue” is the creation of an “initial”
joint tenancy, the creation of a “successive” joint tenancy or the “termination” of a
joint tenancy. The determination of whether a “conveyance at issue” is a transfer of
ownership that uncaps the taxable value of the property must be separately determined
after identification of the “conveyance at issue.” A conveyance will not constitute a
1
This phrase “initial joint tenant” is not specifically used in the Supreme Court’s decision, but is helpful in
explaining the decision.

33
The original 1% conveyed to Roberta in 2005 resulted (or should have resulted) in an
uncapping of the undivided 1% interest which she received as a tenant in common.
This uncapping made Roberta an “original owner.” However, she was an “original
owner” of only an undivided 1% interest, as a tenant in common, with her father. When
the joint tenancy interest was created, the effect was that Michael, as the sole surviving
co-tenant of the previous joint tenancy with his father, John, could not rely on the
fact that he was an “initial joint tenant” to exempt the conveyance of the undivided
99% interest he still held, for the reason that when the previous joint tenancy
terminated, he was not an original owner. He was not an “original owner” for the reason
that he had not acquired his remaining 99% undivided ownership interest in a transaction
that resulted in an uncapping of the taxable value.
Please note, however, if multiple grantors hold as tenants-in-common, each tenancy-in-
common interest must be analyzed separately, and it is possible for a partial uncapping
to occur, for the reason that a person may be an “original owner” as to one tenancy-in-
common interest, but not an “original owner,” as to the remainder of the tenancy-in-
common interests in the property.
Security Interests
What is a security interest?
A security interest is an interest in a property that is granted to ensure that a debt will
be paid. An example of a security interest is a mortgage to a bank, where the owner of a
property gives a security interest to the bank which allows the bank to foreclose on the
mortgage and eventually take the property involved if the required mortgage payments
are not made.
Is a transfer to establish, assign, or release a security interest a transfer of ownership?
No. A transfer to establish, assign, or relinquish a security interest is not a transfer of
ownership. See MCL 211.27a(7)(j).
The following are not transfers of ownership since these transactions establish, assign, or
relinquish a security interest:
• A beginning of a mortgage
• An end of a mortgage
• An assignment of a mortgage by one financial institution to another
financial institution
• An assignment of a seller’s interest in a land contract (see also the
information on land contracts)
• An equitable mortgage