Use Fill to complete blank online TENNESSEE TECHNOLOGICAL UNIVERSITY pdf forms for free. Once completed you can sign your fillable form or send for signing. All forms are printable and downloadable.

Page 4 of 5
Subrecipient Form
10. Fiscal Responsibility (Check each box that applies):
The organization certifies that its financial system is in accordance with generally accepted accounting principles and:
 Has the capability to identify, in its accounts, all federal awards received and expended and the federal programs
under which they were received.
 Maintains internal controls to assure that it is managing federal awards received and expended and the federal
programs under which they were received.
 Complies with applicable laws and regulations.
 Can prepare appropriate financial statements, including the schedule of expenditures of federal awards.
 There are no outstanding audit findings that would impact this project. If there are findings, submit a copy
of the most recent report that describes the finding and steps to be taken to correct the finding.
11. Lobbying (for U.S. Federal projects):
 Yes  No The organization certifies that no payments have been paid or will be paid to any
person for influencing or attempting to influence an officer or employee of any agency, a
Member of Congress, an officer or employee of Congress, or an employee of a Member of
Congress in connection with this proposed project (If “No,” attach explanation).
12. Export Controls:
Subrecipient is individually responsible for ascertaining its compliance with federal export laws and procedures.
Subrecipient certifies that an export control officer, or other authorized person, has reviewed the subrecipient’s
request for compliance with federal export control laws; and subrecipient has the policy and procedures in place to
comply with federal export laws and procedures.
13. Federal Funding Accountability and Transparency Act (FFATA):
 Not applicable because this project is under $25,000.
 Subrecipient organization/institution hereby certifies that it is registered with CCR or will be registered prior to
an agreement being issued for completion of this proposal.
 Yes  No During the previous fiscal year, did the subrecipient receive 80% or more of its
annual gross revenues in federal awards AND $25 million or more in annual gross
revenues from federal awards?
 Yes  No Does the public have access to information about the compensation of the top
five executives of the organization through periodic reports filed under section 13(a)
or 15(d) of the Securities Exchange Act of 1934 (15 U.S.C. 78m(a), 78o(d) or section
6104 of the Internal Revenue Code of 1986?
1. a. Does the subrecipient receive an annual audit in accordance with OMB Circular A-133?
 Yes  No
If a subrecipient does not receive an A-133 audit or has findings on their most recent A-133 audit, TTU will
require the entity to complete an Audit Certification and Financial Status Form and may require added
elements be incorporated into the subaward agreement, such as a limited scope audit or increased monitoring.
b. If “Yes,” has the audit been completed for the most recent fiscal year?
 Yes  No
2. Were any audit findings reported?
 Yes  No (If “Yes,” explain in Section E Comments, including plan to remedy findings.)
Note: A complete copy of subrecipient’s most recent audit report, or the URL link to a complete copy,
must be furnished to TTU before a subaward can be issued.
3. If “No” to Question 1.a., does the subrecipient receive overall federal funding of at least $750,000 per year?
 Yes  No If “No,” skip question 4.
If “No,” when is it expected to be completed (MM/DD/YYYY)? ________________
SECTION D – AUDIT

P
age 5 of 5
Subrecipient Form
4. S
ubrecipient is a:
 For-profit entity that expends federal or sub-federal funds and has a DCAA audited rate
 For-profit entity that does not expend federal funds or have annual audits
 Foreign entity
 Non-profit (under federal funding threshold)
 Government entity
5. On what month and day does the subrecipient’s fiscal year end? (MM/DD/YYYY) __________________________
By signing this form, I certify that the above information, certifications, and representations have been read, are understood, are
accurate and true to the best of my knowledge, and that I am authorized to act on behalf of the subrecipient named herein. The
appropriate programmatic and administrative personnel involved in this application are aware of agency policies in regard to
subawards/contracts and are prepared to establish the necessary inter-institutional agreements that ensure compliance with such
regulations and policies should this proposal be funded. Any work begun and/or expenses incurred prior to execution of a
subaward/contract agreement are at the subrecipient’s own risk.
Signature of Subrecipient’s Authorized Date
Institutional Representative
Name/Title Phone #
Address Email Address
City, State, Zip Name/Phone # of person to be contacted in
case of questions regarding this form
SECTION E – COMMENTS
SECTION F – SUBRECIPIENT CERTIFICATION
click to sign
signature
click to edit 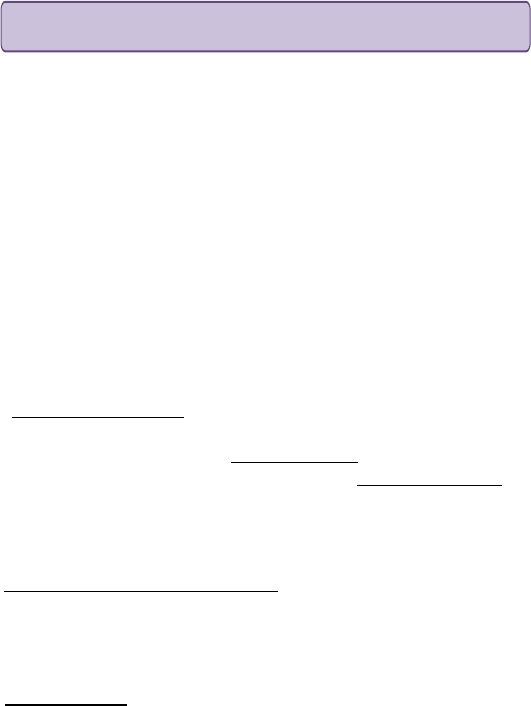 Page 6 of 6
Subrecipient Form
Title VI of the Civil Rights Act of 1964, as codified in 42 U.S.C. 2000d, states that:
No person in the United States shall, on the ground of race, color or national origin, be excluded from participation in,
be denied the benefits of, or be subject to discrimination under any program or activity receiving federal financial
assistance.
Therefore, whenever Tennessee Technological University conducts federally funded research through subawardees, the University
requires a representative of the entities to certify that the subawardee will comply with the requirements of Title VI in regard to the
provision of educational programs and services and the research program will be conducted in compliance with all requirements
imposed by Title VI. You are requested to complete the assurance statement below to document your entity’s compliance with
Title VI.
I, , have reviewed the protocol or statement of work to be performed under the
subaward between Tennessee Technological University and _______________________ (insert name of subawardee), as well as
the federal regulations concerning Title VI. I certify that (insert name of subawardee) provides
EQUAL OPPORTUNITY in all programs receiving federal financial assistance and that
(insert name of subawardee) will conduct the subaward in compliance with all requirements imposed by Title VI.
Representative of Subawardee
Date
ASSURANCE OF TITLE VI COMPLIANCE
click to sign
signature
click to edit