Use Fill to complete blank online LANDER UNIVERSITY pdf forms for free. Once completed you can sign your fillable form or send for signing. All forms are printable and downloadable.

SAP-A
SATISFACTORY ACADEMIC PROGRESS APPEAL
Students who fail to meet Lander University’s Satisfactory Academic Progress (SAP) standards are not eligible for federal or state financial
aid funds until they make up the deficit(s) that caused the termination of eligibility at their own expense. Students may appeal the loss of
eligibility if they experienced an unforeseen, documentable, extenuating circumstance that prevented the satisfactory completion of a
term(s). Transfer students must be meeting these standards to be eligible for aid their first term at Lander.
Students are responsible for paying any Lander University fees that are due while an appeal is in progress.
Students will be notified in writing once their appeal has been reviewed.
INCOMPLETE DOCUMENTATION WILL RESULT IN THE DENIAL OF THE APPEAL
CHECKLIST FOR APPEALS/DOCUMENTATION:
Student Statement: Must explain condition for appeal, along with an explanation of how this situation has been resolved so
that it will no longer impact your future academic performance.
Documentation that corresponds to the condition for the appeal.
Academic Plan: Must be provided by an academic advisor.
Condition for Appeal:
Documentation Required:
The student suffered serious illness or injury preventing him/her
from making satisfactory academic progress. Students filing under
this condition must explain all periods of academic deficiency
Signed statement from a medical doctor who has treated the
student and can certify the student’s condition impaired
the student’s ability to complete coursework
successfully. This medical documentation should coincide
with the period(s) in which the academic deficit(s) occurred
The student suffered a loss due to the death of a relative during a
related period of enrollment
Written verification of the family member’s death and of the
relationship to the student (death certificate or obituary)
The student or the student’s family suffered a loss in an area that
has been officially designated a National Disaster Area
A document that certifies the family suffered a major loss in
an area that has been designated a National Disaster Area
Student was activated for military service requiring the student to
withdraw from courses at Lander
Documentation of Military Activation during period of
enrollment
Other circumstances beyond the student’s control
Documentation that supports the situation
Lander University Financial Aid Office
320 Stanley Avenue, Greenwood, SC 29649
Email: finaid@lander.edu  Web: www.lander.edu/finaid
Phone: (864) 388-8340  Fax: (864) 388-8811
If completing the form electronically, you can add required signatures by selecting the SIGNATURE ICON above. 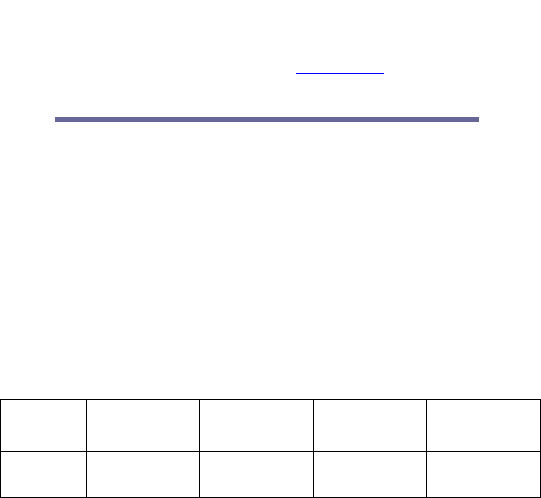 SAP-A
Lander University Financial Aid Office
Satisfactory Academic Progress (SAP) Policy
eff July 1, 2012
The Satisfactory Academic Progress standards require that progress must be measured in three distinct ways:
quantitatively, qualitatively, and in terms of a time frame. These three methods of evaluation are as follows:
1. Quantitative Evaluation (Completion Ratio)
The quantitative evaluation requires that all students pass a percentage of ALL attempted hours. *The percentage is
calculated by dividing the overall passed hours by the overall attempted hours. (Passed ÷ Attempted = Ratio). Passed
hours include transfer hours for which a student may, or may not, receive earned hours toward graduation at Lander. This
standard is designed to ensure students may reasonably complete their degree within the required maximum time frame.
The minimum standards are outlined below:
*Attempted hours include Pass/Fail courses, withdrawals, repeated courses, and failed courses.
Summer hours are included. All transfer hours attempted from ALL institutions (including
withdrawals or failing grades) and hours for which a student did not receive financial aid are
counted. Courses which are dropped during the regular Drop/Add periods and are not reflected on
the academic transcript are not counted.
2. Qualitative Evaluation (GPA)
The qualitative evaluation requires that students maintain a minimum level of academic achievement. The current
minimum levels of academic achievement are provided below:
Cumulative Hours Passed
Minimum Cumulative
Grade Point Average
Required
0-29
1.700
30-59
1.900
60-
2.000
Graduate
2.000
3. Time Frame Evaluation
The time frame evaluation limits the length of time that undergraduate students can receive federal and state funding to
complete degree requirements to a maximum of 150% of the credit hours required for a degree. An undergraduate
student cannot be eligible for federal or state aid after
attempting
more than 187 credit hours. A student who cannot
mathematically finish their program within the maximum time frame is not eligible for aid. For example, a transfer student
who has attempted 150 credit hours but still needs 60 hours to complete their degree requirements at Lander is not
eligible because they only have 37 credit hours remaining before reaching the 187 maximum.
This standard applies to all undergraduate degree candidates, including second-degree students and includes transfer
hours from
ALL prior institutions
. See #1 above for a definition of hours counted as attempted hours. Undergraduate
students who are enrolled in a program of study requiring more than 125 hours for completion of the degree may appeal
for an extension of the time frame.
Graduate students must complete all degree and graduation requirements within 54 credit hours.
Learn more at: https://www.lander.edu/admissions/tuition-financial-aid/satisfactory-academic-progress-sap
Overall Hours Attempted
Minimum Completion Ratio Required
0-29
50%
30-59
58%
60-
67%
Graduate
67%