Use Fill to complete blank online COCONINO COMMUNITY COLLEGE pdf forms for free. Once completed you can sign your fillable form or send for signing. All forms are printable and downloadable.

On average this form takes 47 minutes to complete 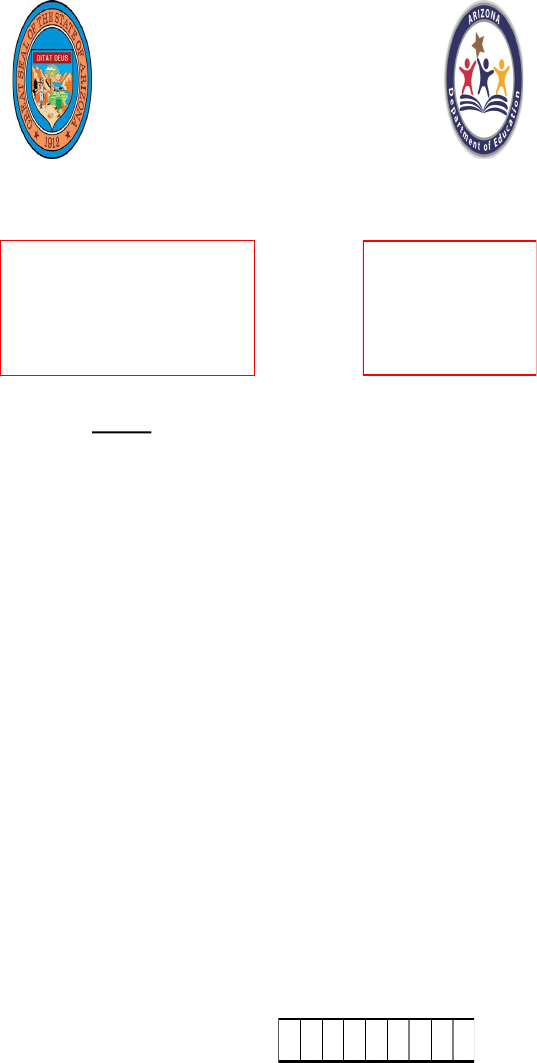 REGISTRATION - PAGE 2
*denotes required field (FY21 Rev 06/2020) GO TO NEXT PAGE
Do any of the following situations apply?* (Mark Yes or No to each question)
Displaced Homemaker (The parcipant has been providing unpaid services to family members in the home and (a) has
been dependent on the income of another family member but is no longer supported by that income; (b) is the dependent
spouse of a member of the armed forces on acve duty whose family income is signicantly reduced because of (i) a deployment
or a call or order to acve duty pursuant to a provision of law, (ii) a permanent change of staon, or (iii) the service-connected
death or disability of the member; and (c) is unemployed or underemployed and is experiencing diculty in obtaining or upgrad-
ing employment.)
Yes☐ No☐
Long-term Unemployed (The parcipant has been unemployed for 27 or more consecuve weeks)
Yes☐ No☐
Cultural Barrier (A percepon of him-or herself as possessing atudes, beliefs, customs, or pracces that inuence a way
of thinking, acng, or working that may serve as a hindrance to employment)
Yes☐ No☐
Low Income (The parcipant (a) receives, or in the 6 months prior to applicaon to the program has received, or is a member
of a family that is receiving in the past 6 months assistance through the Supplemental Nutrion Assistance Program (SNAP), the
TANF program, the Supplemental Security Income (SSI) program, or State or local income-based public assistance; (b) is in a family
with total family income that does not exceed the higher of the poverty line or 70% of the lower living standard income level; (c)
is a youth who receives, or is eligible to receive, a free or reduced-price lunch; (d) is a foster child on behalf of whom State or local
government payments are made; (e) is a parcipant with a disability whose own income is the poverty line but who is a member
of a family whose income does not meet this requirement; (f) is a homeless parcipant or homeless child or youth or runaway
youth; or (g) is a youth living in a high-poverty area.)
Yes☐ No☐
Ex-Oender (The parcipant is a person who either (a) has been subject to any stage of the criminal jusce process for com-
ming a status oense or delinquent act, or (b) requires assistance in overcoming barriers to employment resulng from a rec-
ord of arrest or convicon )
Yes☐ No☐
Migrant and Seasonal Farmworker (The parcipant is a low-income individual who for 12 consecuve months out of
the 24 months prior to applicaon for the program involved has been primarily employed in agriculture or sh farming labor that
is characterized by chronic unemployment or underemployment and faces mulple barriers to economic self-suciency.)
Seasonal☐
Migrant & Seasonal☐
No☐
Homeless/Runaway Youth (The parcipant lacks a xed, regular, and adequate nighme residence; has a primary
nighme residence that is a public or private place not designed for or ordinarily used as a regular sleeping accommodaon for
human beings; is a migratory child who in the preceding 36 months was required to move from one school district to another due
to changes in the parent’s or parent’s spouse’s seasonal employment in agriculture, dairy, or shing work; or is under 18 years of
age and absents himself or herself from home or place of legal residence without the permission of his or her family)
Yes☐ No☐
Individual with a Disability, including a learning disability (The parcipant indicates that he or she has any disa-
bility, dened as a physical or mental impairment that substanally limits one or more of the person’s life acvies, as dened
under the Americans with Disabilies Act of 1990)
Yes☐ No☐
NATIVE LANGUAGE*
English Cambodian Chinese
Spanish German Korean
French Somali Other ______________________

REGISTRATION - PAGE 3
*denotes required field (FY21 Rev 06/2020) GO TO NEXT PAGE
Youth in Foster Care/Aged Out of System (The parcipant is a person who is currently infoster care or has aged out
of the foster care system)
Yes☐ No☐
Exhausng TANF within 2 years (The parcipant is within 2 years of exhausng lifeme eligibility under Part A of Title
IV of the Social Security Act (42 U.S.C. 601 et seq.), regardless of whether he or she is receiving these benets at program
entry.)
Yes☐ No☐
Single Parent (The parcipant is a single, separated, divorced, or widowed individual who has primary responsibility for one
or more dependent children under age 18, including single pregnant women.)
Yes☐ No☐
Refugee (A parcipant who has been forced to leave their country in order to escape war, persecuon, or natural disaster.)
Yes☐ No☐
Living in Rural Area (any populaon, housing, or territory NOT in an urban area with less than 2,500 residents)
Yes☐ No☐
Children in Local School System (A parcipant who has children in the local K-12 school system)
Yes☐ No☐
In Correconal Facility A parcipant that is located in a jail, prison, or other place of incarceraon by government
ocials.)
Yes☐ No☐
In Community Correconal Program (A parcipant that is either on probaon or parole)
Yes☐ No☐
On Public Assistance ☐ Not on Public Assistance☐
If On Public Assistance,
Food Stamps ☐
WIC ☐
Other ☐
In Other Instuonal Seng (A parcipant that is required by court order to reside in an instuonal seng other
than a jail or prison.)
Yes☐ No☐
On Probaon (Granted by the court as part of the convicted oender’s inial sentence. Probaon may be granted in lieu
of any jail me or aer a short period of me in jail.)
Yes☐ No☐
Veteran of the Armed Forces (any person who served honorably on acve duty in the armed forces (Army, Navy,
Air Force, Marine Corps, and Coast Guard) of the United States.)
Yes☐ No☐
Do any of the following situations apply?* (Mark Yes or No to each question)