Use Fill to complete blank online CITY OF BREMERTON (WA) pdf forms for free. Once completed you can sign your fillable form or send for signing. All forms are printable and downloadable.

U.S.A. forms for City of Bremerton

PSIC Planned Action Ordinance
E
xhibit C
1
Puget Sound Industrial Center Planned Action
Modified SEPA Environmental Checklist
P
urpose of checklist:
On August 1,
2012, the City of Bremerton adopted Ordinance 5189, establishing a planned action designation for the Puget Sound Industrial Center (PSIC)
Subarea (formerly the South Kitsap Industrial Area (SKIA)), pursuant to the State Environmental Policy Act. Environmental review for the PSIC Subarea Plan
was conducted through preparation of a Planned Action EIS (Draft EIS dated June 9, 2011 and Final EIS dated March 29, 2012).
WAC 197-11-172 establishes the procedures for project-level review within the planned action area, stating that “Review of a project proposed as a planned
action is intended to be simpler and more focused than for other projects.” Verification that probable significant impacts of the proposed project have been
adequately addressed in
the EIS is established through review of an environmental checklist. The Second Engrossed Substitute Senate Bill (2ESSB) 6406, as
adopted during the 2012 Washington State legislative session, establishes that a city may utilize a modified checklist to determine consistency with a
planned action ordinance. The City of Bremerton has adopted this modified checklist as part of the PSIC planned action ordinance.
Instructions for applicants:
This
environmental checklist asks you to describe basic information about your proposal. Answer the questions briefly, with the most precise information
known, or give the best description you can. You must answer each question accurately and carefully, to the best of your knowledge. In most cases, you
should be able to answer the questions from your own observations, project plans, or the PSIC Subarea EIS without the need to hire experts. If you do not
know the answer, or if a question does not apply to your proposal, write “do not know” or “does not apply.” Staff will review and comment on specific items of
this checklist, as appropriate.
Questions about environmental elements that were analyzed in the SKIA/PSIC Subarea Plan EIS ask for confirmation as to whether the proposed project is
consistent with analysis in the EIS. In order to respond to these questions, the EIS is available online at www.sustainableskia.com or at Bremerton City Hall, 345
6
th
Street, Suite 600, Bremerton.
A. BACKGROUND
1. Name of proposed project:
2. Name of applicant:
3. Address and phone number of applicant and contact person: 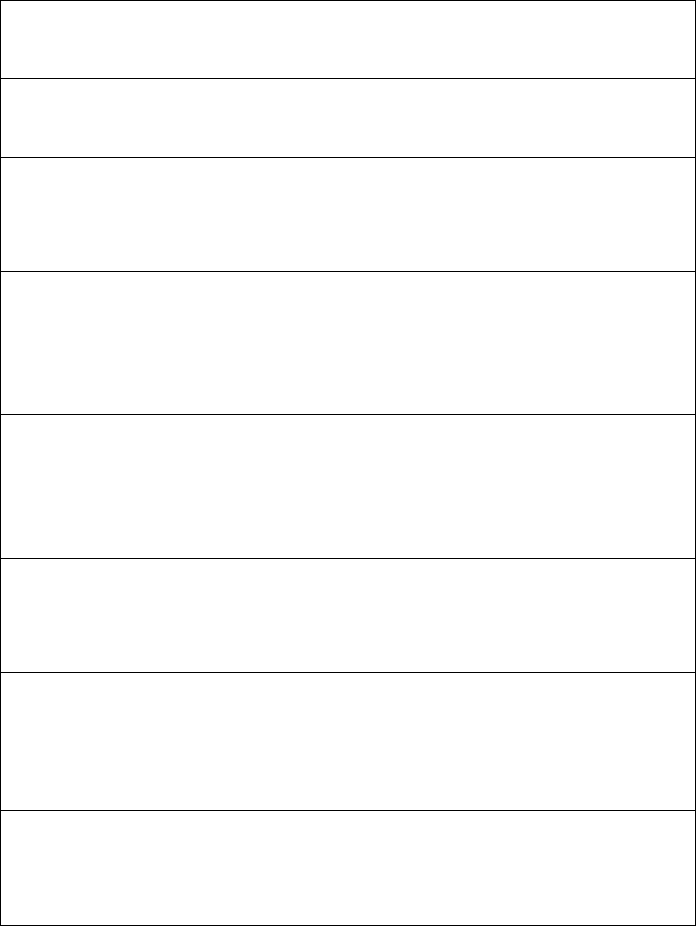 PSIC Planned Action Ord
inance
Exhibit C
2
4. Date checklist prepared:
5. Proposed timing or schedule (including phasing, if applicable):
6. Do you have any plans for future additions, expansion, or further activity related to or connected with this proposal? If yes, explain.
7. In addition to the SKIA/PSIC Subarea Plan EIS, list any environmental information you know about that has been prepared, or will be prepared, directly
related to this proposal.
8. Do you know whether applications are pending for governmental approvals of other proposals directly affecting the property covered by your proposal?
If yes, explain.
9. List any government approvals or permits that will be needed for your proposal, if known.
10. Give brief, complete description of your proposal, including the square footage of proposed uses and the site area.
11. Please provide a street address or legal description to allow confirmation that the project site is located within the PSIC Subarea Plan boundary. 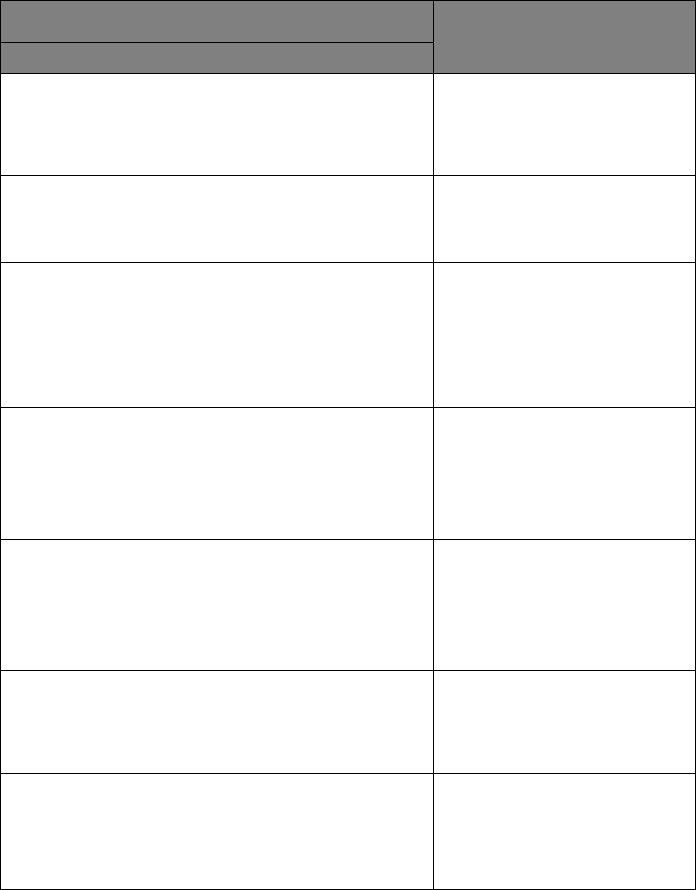 PSIC Planned Action Ord
inance
Exhibit C
3
B. ENVIRONMENTAL ELEMENTS
Staff Comments
1. Earth
a. General description of the site (circle one): Flat, rolling, hilly, other.
b. What is the steepest slope on the site (approximate percent slope)?
c. What general types of soils are found on the site (for example, clay, sand, gravel, peat, muck)?
If you know the classification of agricultural soils, specify them and note any prime farmland.
d. Are there surface indications or history of unstable soils in the immediate vicinity? If so,
describe.
e. Describe the purpose, type, and approximate quantities of any filling or grading proposed.
Indicate source of fill.
f. Could erosion occur as a result of clearing, construction, or use? If so, generally describe.
g. About what percent of the site will be covered with impervious surfaces after project
construction (for example, asphalt or buildings)? 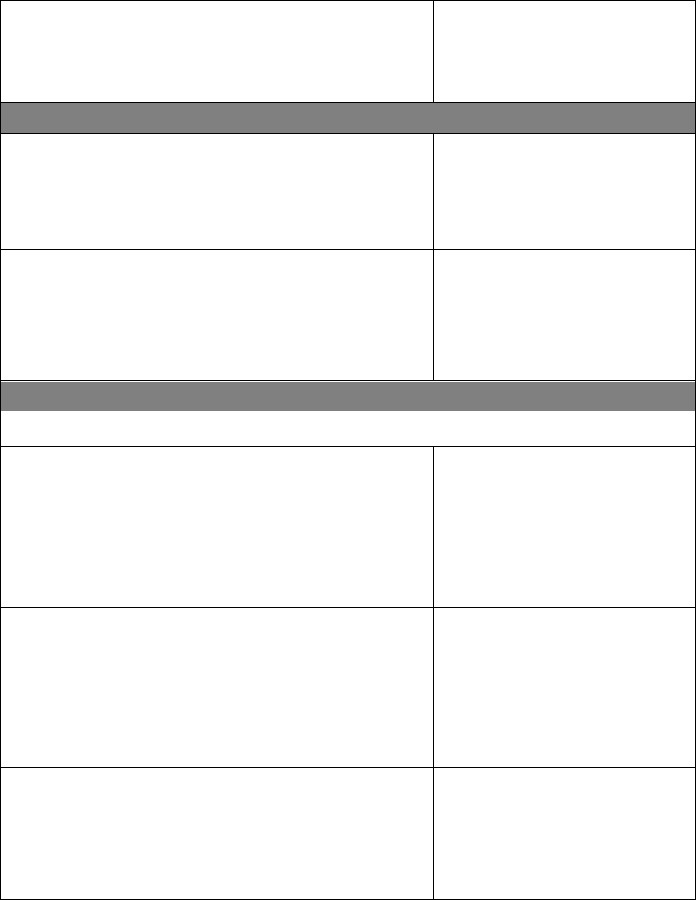 PSIC Planned Action Ordinance
Exhibit C
4
h. Proposed measures to reduce or control erosion, or other impacts to the earth, if any:
2. Air
a. What types of emissions are expected to result from the proposed development?
b. Describe proposed measures to reduce or control emissions to air or to reduce greenhouse
gas emissions, as applicable:
3. Water
a. Surface:
1) Is there any surface water body on or in the immediate vicinity of the site (including year-
round and seasonal streams, saltwater, lakes, ponds, wetlands)? If yes, describe type and
provide names. If appropriate, state what stream or river it flows into.
2) Estimate the amount of fill and dredge material that would be placed in or removed from
surface water or wetlands and indicate the area of the site that would be affected.
Indicate the source of fill material.
3) Will the proposal require surface water withdrawals or diversions? Give general
description, purpose, and approximate quantities if known. 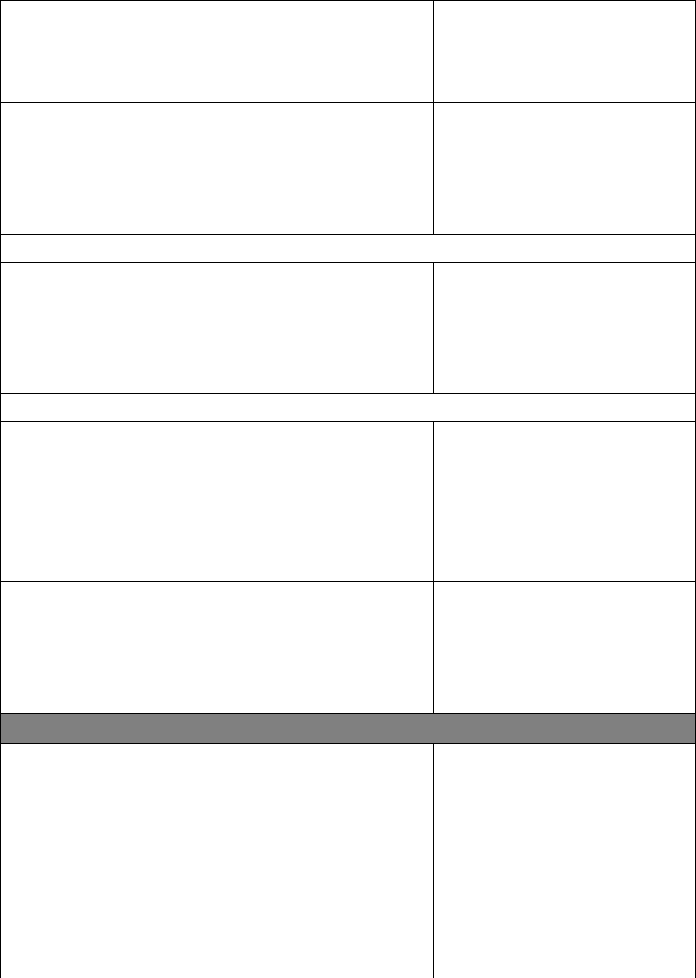 PSIC Planned Action Ordinance
Exhibit C
5
4) Does the proposal lie within a 100-year floodplain? If so, note location on the site plan.
5) Does the proposal involve any discharges of waste materials to surface waters? If so,
describe the type of waste and anticipated volume of discharge.
b. Ground:
1) Will ground water be withdrawn, or will water be discharged to ground water? Give
general description, purpose, and approximate quantities if known.
c. Water runoff (including stormwater):
1) Describe the source of runoff (including storm water) and method of collection and
disposal, if any (include quantities, if known). Where will this water flow? Will this water
flow into other waters? If so, describe.
d. Describe measures, if any, beyond those described in the SKIA/PSIC Subarea Plan EIS proposed to
reduce or control surface, ground, and runoff water impacts.
4. Plants
a. Check or circle the types of vegetation found on the site:
____deciduous tree: alder, maple, aspen, other
____evergreen tree: fir, cedar, pine, other
____shrubs
____grass
____wet soil plants: cattail, buttercup, bulrush, skunk cabbage, other
____water plants: water lily, eelgrass, milfoil, other
____other types of vegetation 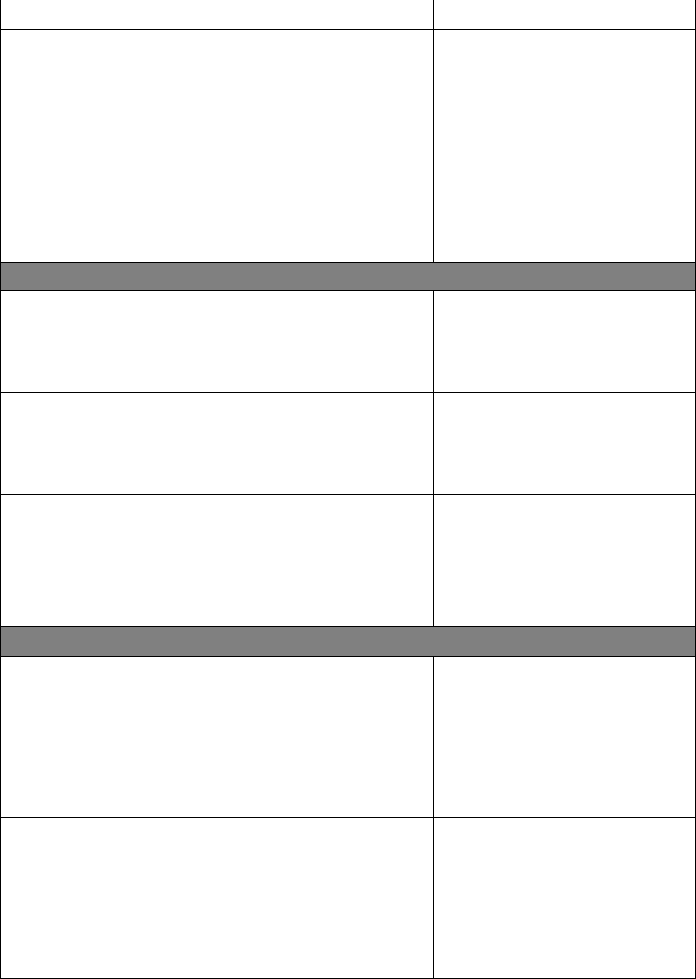 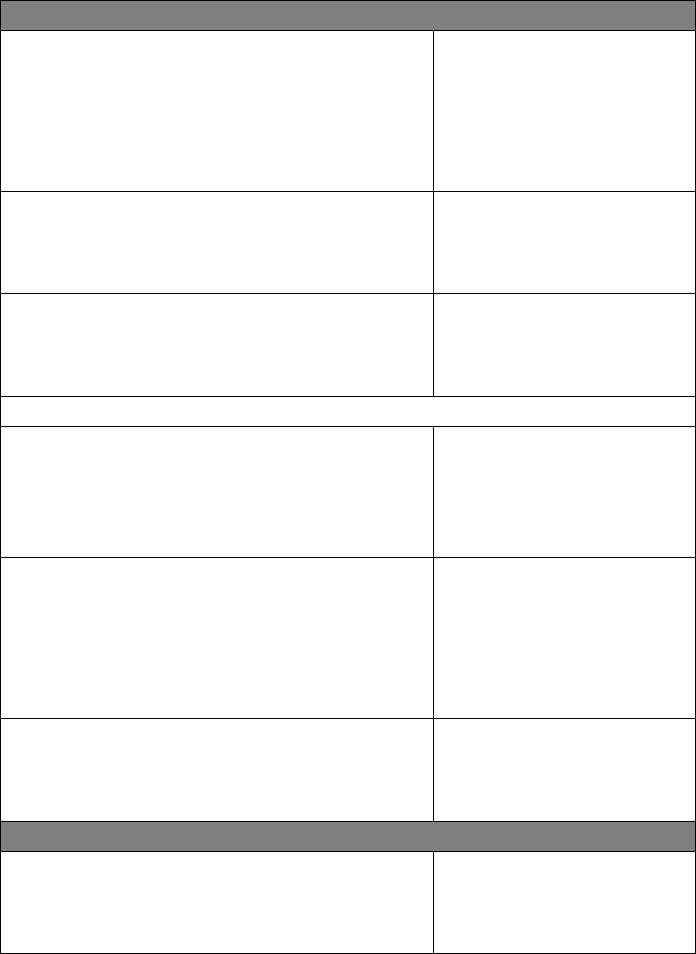 PSIC Planned Action Ordinance
Exhibit C
7
7. Environmental health
a. Are there any environmental health hazards, including exposure to toxic chemicals, risk of fire
and explosion, spill, or hazardous waste that could occur as a result of this proposal? If so,
describe.
1) Describe special emergency services that might be required.
2) Proposed measures to reduce or control environmental health hazards, if any:
b. Noise
1) What type of noise exists in the area which may affect your project (example: traffic,
equipment, operation, other).
2) What types and levels of noise would be created by or associated with the project on a
short-term or a long-term basis (for example: traffic, construction, operation, other)?
Indicate what hours noise would come from the site.
3) Proposed measures to reduce or control noise impacts, if any:
8. Land use
a. Describe the current use of the site and that of adjacent properties 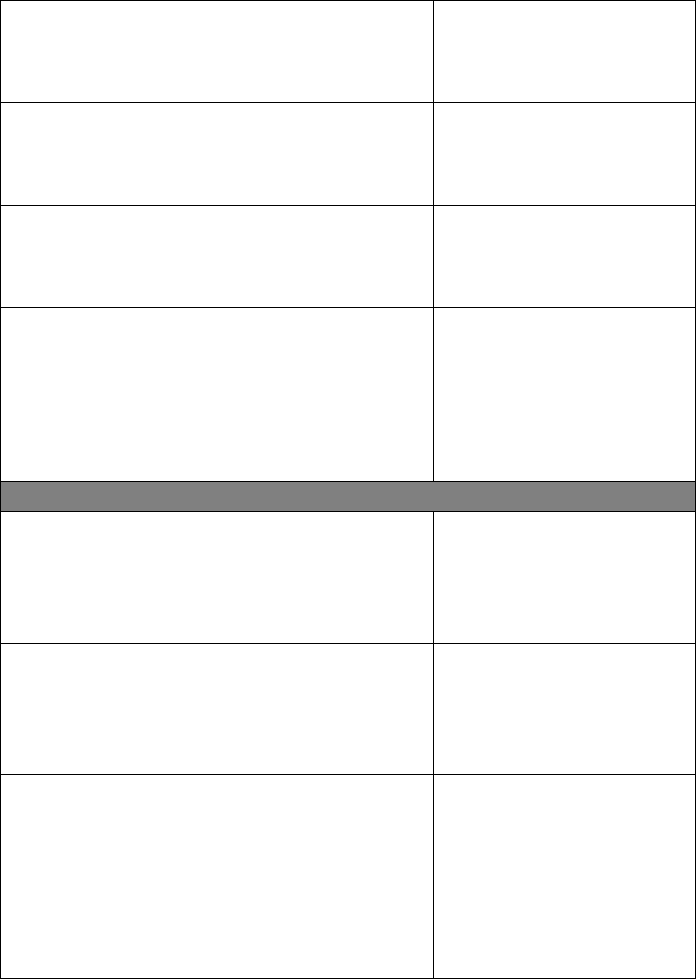 PSIC Planned Action Ordinance
E
xhibit C
8
b. Will any structures be demolished? If so, what?
c. Has any part of the site been classified as an “environmentally sensitive” area? If so, specify.
d. Describe the amount of industrial, office/service, retail or other development proposed.
e. Describe measures, if any, beyond those described in the SKIA/PSIC Subarea Plan Planned Action
EIS proposed to ensure the proposal is compatible with existing and projected land uses and
plans.
9. Aesthetics
a. What is the tallest height of any proposed structure(s), not including antennas; what is the
principal exterior building material(s) proposed?
b. If applicable, has the proposal achieved compliance with Federal Aviation Administration
(FAA) regulations for height of structures?
c. Proposed measures to reduce or control aesthetic impacts, if any: 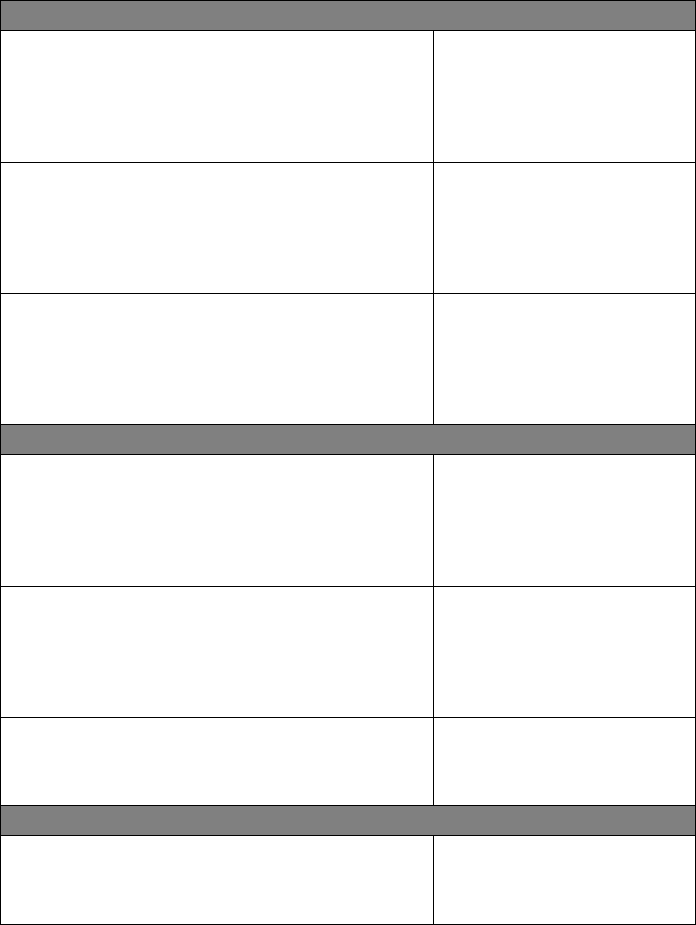 PSIC Planned Action Ordinance
Exhibit C
9
10. Light and glare
a. What type of light or glare will the proposal produce? What time of day would it mainly
occur?
b. If applicable, has the proposal achieved compliance with FAA regulations for potential light and
glare on the Bremerton National Airport?
c. Are measures to control light and glare proposed or needed?
11. Historic and cultural preservation
a. Are there any places or objects listed on, or proposed for, national, state, or local preservation
registers known to be on or next to the site? If so, generally describe.
b. Generally describe any landmarks or evidence of historic, archaeological, scientific, or cultural
i
mportance known to be on or next to the site.
c. Proposed measures to reduce or control impacts, if any:
12. Transportation
a. Provide information describing the total number of trips and trip distribution pattern
anticipated by the proposal. Trip generation shall be estimated according to the following
methodology: 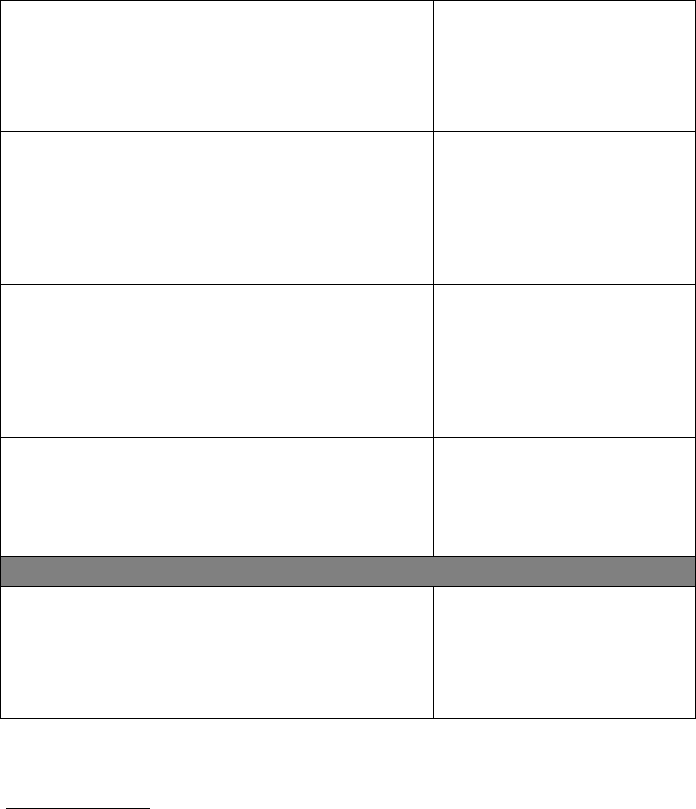 PSIC Planned Action Ord
inance
Exhibit C
10
1) Gross trip generation shall be estimated using rates published by the Institute of Traffic
Engineers (ITE).
[1]
2) The gross estimate of total PM peak hour trips as described above shall be reduced by
46%
[2]
in order to reflect the PSIC-specific trip generation rates observed as part of the
EIS process.
[3]
b. As established in Exhibit B of the planned action ordinance, multiply the number of PM
peak hour trips by the reduced cost per trip specified in Table 2 of Exhibit B (approximately 20%
of the cost of each trip), to arrive at the traffic mitigation cost.
[4]
c. Describe measures, if any, beyond those described in the SKIA/PSIC Subarea Plan EIS proposed to
address transportation impacts of the proposal.
13. Public services
a. Describe the potential increased demand for police protection, and/or fire and emergency
medical services resulting from the proposal.
[1]
Institute of Transportation Engineers (ITE), Trip Generation, 8
th
Edition, 2008. Future development proposals should use information from the most current edition of Trip
Generation.
[2]
Based on observed trip counts, PSIC generates 46% fewer trips than expected under the ITE Manual.
[3]
Over time, the City may review and revised the trip reduction ratio in order to continue to accurately reflect PSIC trip generation rates.
[4]
Development applicants will be responsible for paying 20% of the total cost of their impact on the local roadway network. 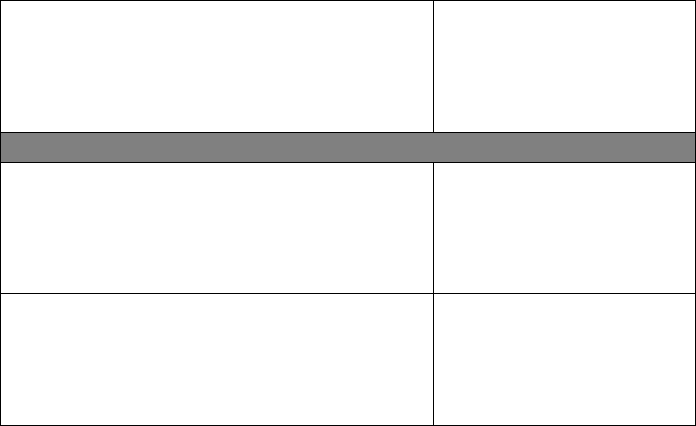