Use Fill to complete blank online SCHENECTADY COUNTY COMMUNITY COLLEGE pdf forms for free. Once completed you can sign your fillable form or send for signing. All forms are printable and downloadable.

The Personnel Board of Trustees Policy (Schenectady County Community College) form is 18 pages long and contains: 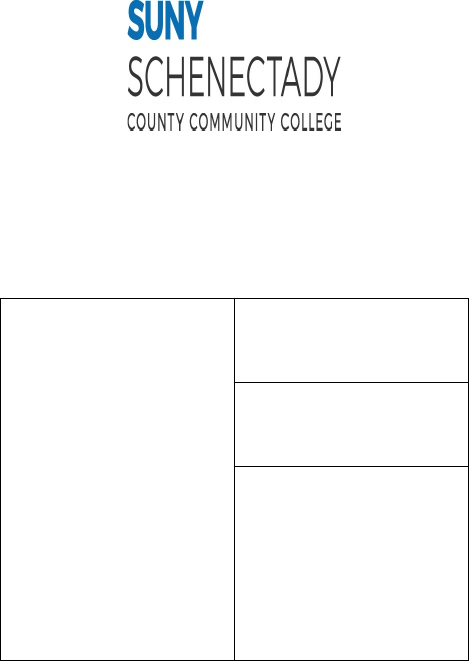 2
Discrimination and Harassment Policy and Complaint Resolution Procedure
for Students and Employees
Policy On Non-Discrimination and Harassment
In compliance with applicable federal, state and local laws, SUNY Schenectady County Community
College (the “College”) does not discriminate on the basis of race, color, gender, gender characteristics
and expression, sexual orientation, age, religion, actual or perceived national origin, actual or perceived
gender identity, marital status, military or veteran status, physical or mental disability, status as a victim
of a sexual assault, relationship violence, and/or stalking, genetic predisposition and carrier status,
previous convictions as specified by law, or any other characteristics protected by applicable law (the
“Protected Characteristics”), in any aspect of its admissions or financial aid programs, educational
programs and related activities, or with respect to employment and advancement in employment. The
College is committed to providing a work and learning environment that is free from discrimination
and harassment by anyone based on an individual’s Protected Characteristics, or because the individual
has engaged in activity protected by federal or state laws prohibiting discrimination.
Matters covered under these procedures in the employment relationship include, but are not limited
to, recruitment, hiring, job assignment, compensation, promotion, discipline, termination, and access
to benefits and training. Matters covered in the academic setting include, but are not limited to,
admission, housing, allocation of financial aid, use of college facilities, and the assignment of grades.
The Title IX Coordinator has been designated by the College to coordinate
its efforts to comply
with applicable nondiscrimination laws and regulations. Questions or concerns regarding the scope
and application of the College’s Discrimination and Harassment Policy and Complaint
Resolution Procedure for Students and Employees (the “Policy”) should be directed to the Interim
Title IX Coordinator Ms. Susan DiDonato, 518-381-1305.
In the absence of, or as an alternative to, the Title IX Coordinator, questions or concerns about this
Policy may also be addressed to:
Employees
Edmund J. McTernan
Executive Director of Human Resources
Elston Hall, Room 125
(518) 381-1331
mcternej@sunysccc.edu
Students
Sabrina McGinty
Assistant Vice President of Student Affairs
Elston Hall, Room 317
(518) 381-1378
mcgintse@sunysccc.edu
Susannah Adams, Coordinator of ADA Transition Services, is the individual designated by the College
to coordinate its efforts to comply with reasonable accommodation obligations towards qualified 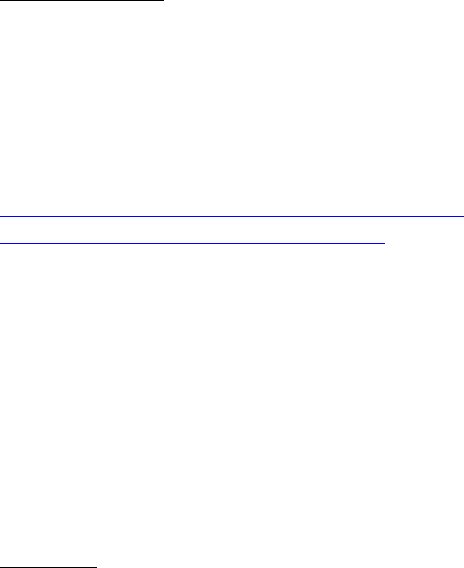 3
individuals with disabilities. Questions or concerns regarding reasonable accommodation of
individuals with disabilities should be directed to Ms. Adams at Elston Hall, Room 222, (518) 381-
1345, adamssj@sunysccc.edu.
What Is Prohibited Harassment?
Prohibited harassment is a form of discrimination. In general, it can consist of spoken, written, and/or
electronically transmitted words, signs, jokes, pranks, intimidation, or physical violence based on the
protected characteristics of an employee or student, which alters the work or educational environment
of that employee or student. The most well-known type of prohibited harassment is sexual
harassment. Employee complaints of sexual harassment will be addressed pursuant to the College’s
Policy on Sexual Harassment of Employees, No. 2.14, (October 15, 2018) available at
http://sunysccc.edu/Portals/1/PDF/About%20SCCC/Policies%20and%20Procedures/Human%2
0Resources/2.14-SexualHarassmentOfEmployees.pdf?ver=2018-10-17-110732-720. Applicable laws
and/or this policy also prohibit harassment based on any of the Protected Characteristics. Student
complaints of sexual harassment and all (employee and student) complaints of harassment based on
any other Protected Characteristic will be addressed pursuant to this Policy.
In addition, retaliation resulting from an individual’s protected activity (i.e., opposition to prohibited
discrimination or participation in a statutory complaint process) is also prohibited. This prohibition
applies to anyone on the College campuses. Harassment of students who are working or studying
outside the campus proper is prohibited as well. The College is committed to preventing and
correcting all such harassment, not just harassment which is severe or pervasive enough to provide
the basis for a claim under federal or state law.
Sexual Harassment
The College is committed to maintaining a campus free from sexual harassment. Sexual harassment is
unlawful and may subject the College to liability. Any possible sexual harassment will be investigated
whenever the College receives a complaint or otherwise knows of possible sexual harassment
occurring. Those who engage in sexual harassment will be subject to disciplinary action. Supervisors
who fail to report sexual harassment will also be subject to disciplinary action.
Under federal and state law, sexual harassment includes unwelcome sexual advances, requests for
sexual favors, or other verbal or physical conduct of a sexual nature, when:
• Such conduct is made either explicitly or implicitly a term or condition of employment or
enrollment,
• Submission to or rejection of such conduct is used as the basis for employment or academic
decisions; or
• Such conduct has the purpose or effect of unreasonably interfering with an individual’s work
or academic performance or creating an intimidating, hostile or offensive work or educational
environment, even if the complaining individual is not the intended target of the sexual
harassment. 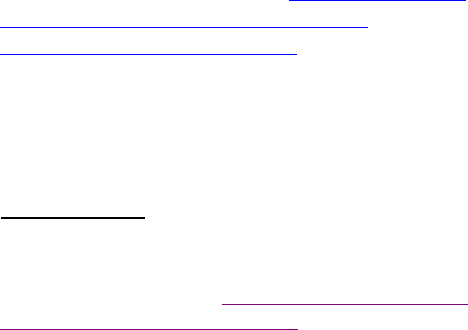 4
However, this Policy prohibits all forms of sexual harassment, regardless of whether the harassment
may give rise to a legal claim. A single incident of inappropriate sexual behavior may be enough to rise
to the level of sexual harassment, depending on the severity of such incident.
Prohibited sexual harassment includes, but is not limited to the following:
• Physical assaults of a sexual nature,
1
such as:
o Rape, sexual battery, molestation, or attempts to commit these assaults; and
o Intentional or unintentional physical conduct which is sexual in nature, such as
touching, pinching, patting, grabbing, brushing against another employee’s body, or
poking another employees’ body.
• Unwanted sexual advances, propositions or other sexual comments, such as:
o Requests for sexual favors;
o Subtle or obvious pressure for unwelcome sexual activities;
o Sexually oriented gestures, noises, remarks, jokes or comments about a person’s
sexuality or sexual experience;
o Spoken, written, and/or electronically transmitted verbal remarks of a sexual nature
(whether directed to an individual or a group);
o Sexually explicit, offensive, or sex-based jokes and comments; and
o Sexual or gender-based comments about an individual or an individual’s appearance.
• Sexual or discriminatory displays or publications anywhere in the workplace, such as:
o Displaying pictures, posters, calendars, graffiti, objects, promotional material, reading
materials, or other materials that are sexually demeaning, pornographic.
A type of sexual harassment known as “quid pro quo” harassment occurs when a person in authority
tries to trade job or academic benefits for sexual favors. This can include hiring, promotion, grading,
scheduling, continued enrollment or employment, or any other terms conditions or privileges of
enrollment or employment. To avoid the potential for quid pro quo sexual harassment, it is the policy
of the College that no sexual relationship should exist between supervisor (or evaluator) and
subordinate, including between student workers and their supervisors, or between faculty and
students, except as expressly permitted by the College’s Policy on Consensual Relationship, No. 2.28,
(August 20, 2018) available at
http://sunysccc.edu/Portals/1/PDF/
About%20SCCC/Policies%20and%20Procedures/Human%20Resources/2.28-
ConsensualRelationshipPolicy.pdf?ver=2018-08-23-160401-937 . If a prohibited sexual relationship
develops, the supervisory authority and/or responsibility for grading, evaluation, etc. should be
promptly transferred to another individual.
Sexual harassment is neither limited by the gender of either party, nor limited to supervisor-
subordinate or teacher-student relationships. Sexual harassment can occur between male and female
1
Any complaint of sexual assault, including rape or fondling, will be addressed pursuant to the
College’s Sexual Assault, Relationship Violence, and Stalking Policies for Students and Employees,
No. 3.16, (November 19, 2018) available at http://sunysccc.edu/Portals/1/PDF/About SCCC/Policies and
Procedures/Student/3.16-SexualAssault-RelationshipViolence-Stalking.pdf.

5
students and employees, or between persons of the same sex. Sexual harassment that occurs because
the victim is transgender is also unlawful.
Other Types of Harassment
Prohibited harassment on the basis of a Protected Characteristic, or any other protected basis, includes
behavior similar to sexual harassment, such as: (1) verbal, written, and/or electronically transmitted
conduct, including threats, epithets, derogatory comments, or slurs; (2) visual conduct, including
derogatory posters, photographs, cartoons, drawings, or gestures; and (3) physical conduct, including
assault, unwanted touching, or blocking normal movement. The College will not tolerate any such
harassment.
Prohibition of Retaliation
It is a violation of federal and state law and this policy for any employee or student to retaliate against
any student or employee for engaging in any protected activity under the Violence Against Women
Act, the Clery Act, Title VI, Title VII, Title IX, the New York State Human Rights Law, the ADA,
the Rehabilitation Act, the ADEA, and other federal and state civil rights laws.
Unlawful retaliation can be any action, more than trivial, that would have the effect of dissuading a
reasonable employee or student from making or supporting a charge of harassment or any other
practices forbidden by the Law. Actionable retaliation can occur after the individual is no longer
employed by, or enrolled at, the College. This can include, for example, giving an unwarranted negative
reference for a former employee or former student.
This includes retaliating against a student or employee who opposes a discriminatory practice, makes
a good faith complaint about harassment and/or discrimination, or furnishes information or
participates in any manner in an investigation of such a complaint.
Retaliation includes any conduct directed at someone because he or she engaged in such protected
activity, which might deter a reasonable student or employee from making or supporting a charge of
harassment or discrimination. Protected activity can include any of the following:
• filing a complaint of discrimination or harassment, either internally with the College, or with
any anti-discrimination agency,
• testifying or assisting in a proceeding or investigation involving discrimination or harassment,
• opposing discrimination or harassment by making a verbal or informal complaint to
management, or by simply informing a supervisor or manager of discrimination or harassment,
• complaining that another student or employee has been discriminated against or harassed,
• encouraging another student or employee to report discrimination or harassment, and
• requesting an accommodation for a disability or a religious practice.
Retaliation is unlawful and will not be tolerated. Any individual found to have engaged in retaliation
will be subject to disciplinary action, up to and including, termination of employment and/or dismissal
from the College.