Use Fill to complete blank online HUMBOLDT COUNTY OFFICE OF EDUCATION pdf forms for free. Once completed you can sign your fillable form or send for signing. All forms are printable and downloadable.

The NOTICE INVITING BIDS 1. Notice is hereby given (Humboldt County Office of Education) form is 8 pages long and contains:

Use our library of forms to quickly fill and sign your Humboldt County Office of Education forms online.

Fill has a huge library of thousands of forms all set up to be filled in easily and signed.
Fill in your chosen form
Sign the form using our drawing tool
Send to someone else to fill in and sign.
find another form
Redo
Arial Font
12
AFont color
AB
Remove Field
ADD FIELDS
© SCLS 2021 NOTICE INVITING BIDS
Page 1
NOTICE INVITING BIDS
1. Notice is hereby given that the Humboldt County Office of Education (“HCOE”), will receive
sealed bids for the purchase of paper for various public agencies in Humboldt County,
potentially including, but not limited to: College of the Redwoods, Humboldt County Office
of Education, Eureka City Schools, Cities of Arcata, Eureka, Fortuna, and Rio Dell, and
various Humboldt County School Districts.
2. Bids will be received up to, but not later than, 4:00 p.m., on March 29th, 2021, and will
thereafter publicly open and read aloud the bids. All bids shall be received via in-person, mail
or electronically at the HCOE Office, Attn: Hana Hanawalt, 901 Myrtle Ave., Eureka, CA,
purchasing@hcoe.org.
3. Each bid shall be completed on the Bid Proposal Form included in the Contract Documents,
and must conform and be fully responsive to this invitation, the plans and specifications and
all other Contract Documents.
4. No bid may be withdrawn for a period of sixty (60) days after the date set for the opening for
bids except as provided by Public Contract Code §§5100 et seq. HCOE reserves the right to
reject any and all bids and to waive any informalities or irregularities in the bidding.
HUMBOLDT COUNTY OFFICE OF EDUCATION
By: Hana Hanawalt
DATED: February, 17
th
, 2021
Times Standard Publication Dates: 1) February 27
th
, 2021 2) March 6
th
, 2021 3) March 13
th
,2021
North Coast Journal Publication Dates : 1) February 25
th
, 2021 2) March 4
th
, 2021
3) March 11
th
, 2021

© SCLS 2021 INSTRUCTIONS TO BIDDERS
Page 1
INSTRUCTIONS TO BIDDERS
Each bid submitted to the Humboldt County Office of Education (“HCOE”) for the purchase of paper
shall be in accordance with the following instructions and requirements, which are part of the Contract
Documents for this Project.
1. Deadline For Receipt of Bids. Each bid shall be sealed and submitted to the HCOE designee
no later than 4:00 p.m. on March 29th, 2021. HCOE suggests that bids be hand delivered in
order to ensure their timely receipt. Any bids received after the time stated, regardless of the
reason, shall be returned, unopened, to the bidder.
2. Requests for Information. A bidder’s failure to request clarification or interpretation of an
apparent error, inconsistency or ambiguity in the Contract Documents waives that bidder’s
right to thereafter claim entitlement to additional compensation based upon an ambiguity,
inconsistency, or error, which should have been discovered by a reasonably prudent bidder,
subject to the limitations of Public Contract Code §1104. Any questions relative to the bid
shall be in writing and directed to the HCOE designee at the address specified for receipt of
bid proposals. These requests shall be submitted to HCOE at least five (5) working days prior
to the date the bid is due.
3. Bid Proposal Forms. All bid proposals shall be made on the form provided by HCOE. All
items on the form shall be filled out in ink. Numbers should be stated in figures, and the
signatures of all individuals must be in long hand. The completed form should be without
interlineations, alterations, or erasures
4. Execution of Forms. Each bid shall give the full business address of the bidder and must be
signed by the bidder or bidder’s authorized representative with his or her usual signature. Bids
by partnerships must furnish the full names of all partners and must be signed in the
partnership name by a general partner with authority to bind the partnership in such matters.
Bids by corporations must be signed with the legal name of the corporation, followed by the
signature and designation of the president, secretary, or other person authorized to bind the
corporation in this matter. The name of each person signing shall also be typed or printed
below the signature. When requested by HCOE, satisfactory evidence of the authority of the
officer signing on behalf of the corporation or partnership shall be furnished. A bidder's
failure to properly sign required forms may result in rejection of the bid. All bids must include
the bidder's contractor license number(s) and expiration date(s).
5. Withdrawal of Bid Proposals. Bid proposals may be withdrawn by the bidders prior to the
time fixed for the opening of bids, but may not be withdrawn for a period of sixty (60) days
after the opening of bids, except as permitted pursuant to Public Contract Code §5103.
6. Addenda or Bulletins. HCOE reserves the right to issue addenda or bulletins prior to the
opening of the bids subject to the limitations of Public Contract Code §4104.5. Any addenda
or bulletins issued prior to bid time shall be considered a part of the Contract Documents.

© SCLS 2021 INSTRUCTIONS TO BIDDERS
Page 2
7. Rejection of Bids and Award of Contract. HCOE reserves the right to waive any irregularities
in the bid and reserves the right to reject any and all bids. The Contract will be awarded, if at
all, within sixty (60) calendar days after the opening of bids to the lowest responsible and
responsive bidder, subject to the County Superintendent’s approval. The time for awarding
the Contract may be extended by HCOE with the consent of the lowest responsible, responsive
bidder.
8. Evidence of Responsibility. Upon the request of HCOE, a bidder shall submit promptly to
HCOE satisfactory evidence showing the bidder's financial resources, the bidder's experience
in the type of work being required by HCOE, the bidder's availability to perform the Contract
and any other required evidence of the bidder's qualifications and responsibility to perform
the Contract. HCOE may consider such evidence before making its decision to award the
Contract. Failure to submit requested evidence may result in rejection of the bid.
9. Taxes. Applicable taxes shall be included in the bid prices.
10. Bid Exceptions. Bid exceptions are not allowed. If the bidder has a comment regarding the
bid documents or the scope of work, the bidder shall submit those comments to HCOE for
evaluation at least five (5) working days prior to the opening of the bids. No oral or telephonic
modification of any bid submitted will be considered and a sealed written modification may
be considered only if received prior to the opening of bids.
11. Discounts. Any discounts which the bidder desires to provide HCOE must be stated clearly
on the bid form itself so that HCOE can calculate the net cost of the bid proposal. Offers of
discounts or additional services not delineated on the bid form will not be considered by
HCOE in the determination of the lowest responsible responsive bidder.
12. Quantities. The quantities shown on the plans and specifications are approximate. HCOE
reserves the right to increase or decrease quantities as desired.
13. Prices. Bidders must quote prices F.O.B. unless otherwise noted. Prices should be stated in
the units specified and bidders should quote each item separately.
14. Samples. On request, samples of the products being bid shall be furnished to HCOE.
15. Special Brand Names/Substitutions. In describing any item, the use of a manufacturer or
special brand does not restrict bidding to that manufacturer or special brand, but is intended
only to indicate quality and type of item desired, except as provided in §3400 of the Public
Contract Code. Substitute products will be considered either prior to or after the award of the
Contract in accordance with §3400. All data substantiating the proposed substitute as an
"equal" item shall be submitted with the written request for substitution. HCOE reserves the
right to make all final decisions on product and vendor selection.
16. Container Costs and Delivery. All costs for containers shall be borne by the bidder. All
products shall conform to the provisions set forth in the federal, county, state and city laws 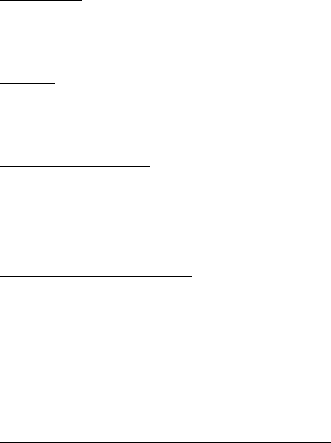 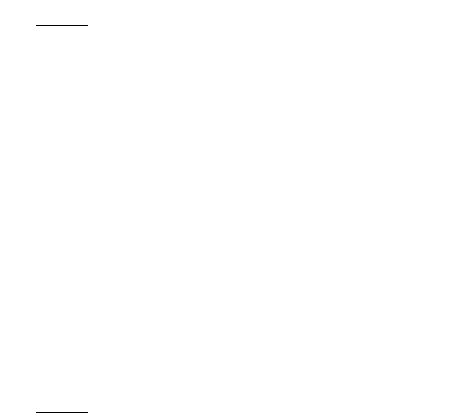