On average this form takes 39 minutes to complete 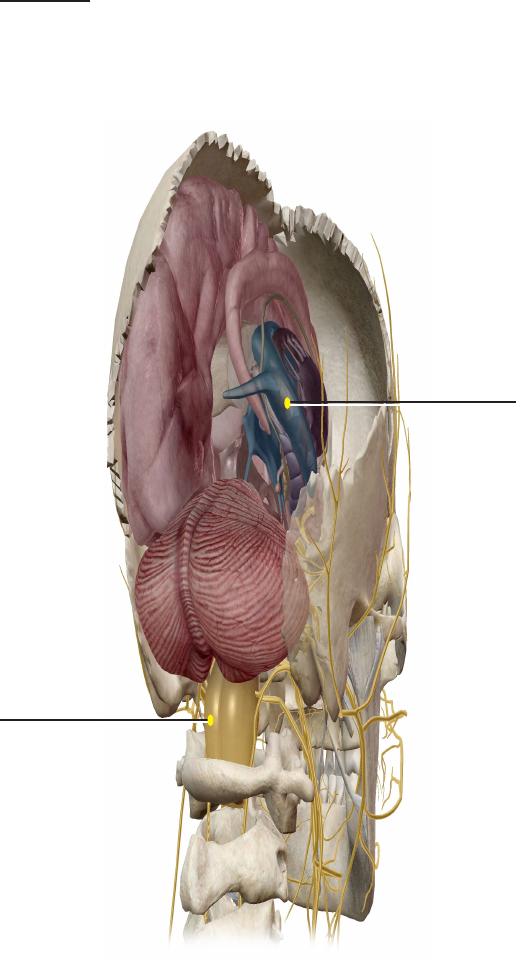 4
B. Brain Anatomy
Go back to the Nervous System Views section and select View 2. Brain. Part of the skeletal system
is included in this view, and some structures of the right side of the brain have been removed to
expose the interior brain structures. Use this view to answer the following questions.
1. Rotate the view to examine the posterior portion and use the Dissect tool to hide the occipital bone.
What is the most inferior part of the brain, which extends from its base toward the spinal column?
2. The brain has several fluid-filled cavities called ventricles. Which ventricle is visible as a dark blue
transparent structure in the right portion of the brain?
3. What is the name of the fluid found in the ventricles? (Hint: Select any ventricle and use the book
icon to read its description.)
Medulla oblongata
Right lateral ventricle
5
4. Use the Dissect tool to hide the large cranial bones and rotate the view, so you can examine the left
side of the brain from the right side. Open the Search tool and enter “cranial nerves.” Select the first
choice and view the many paired cranial nerves that extend from the brain. How many pairs of cranial
nerves are there? (Hint: Use the book icon to read a description of the cranial nerves.)
5. Do all the cranial nerves remain in the skull or do some travel out of the skull?

6
IN-LAB EXERCISES
Open the Atlas app. From the Views menu, go to System Views and scroll down to Nervous System
Views.
You are responsible for the identification of all bold terms and the answers to all questions. You should be
able to locate all the structures discussed below.
A. The Cerebrum
Use View 2. Brain to answer the following questions about the cerebrum.
1. Use the Dissect tool to hide the skull bones, exposing the brain. Rotate the view to examine the
exterior portion of the left side of the brain. By far, the largest part of the brain is the cerebrum, which
is covered by convoluted folds. The folds appear dark because they are composed of gray matter,
which consists mainly of cell bodies and unmyelinated fibers.
a. Select any of the folds. What are these folds called?
b. Zoom in and select any of the grooves between the folds. What are they called? 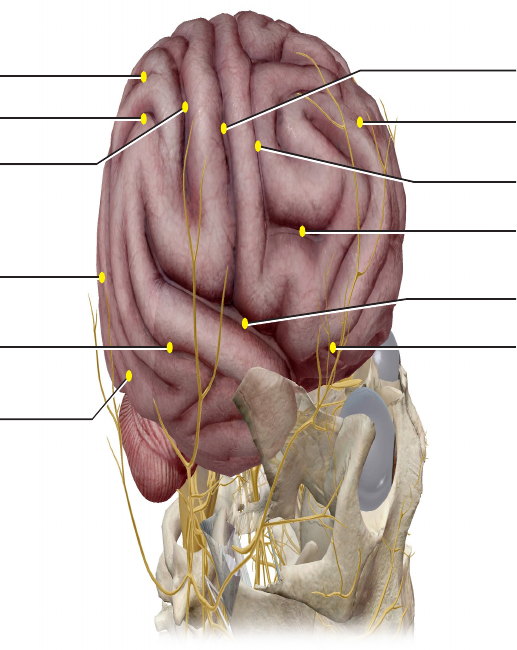 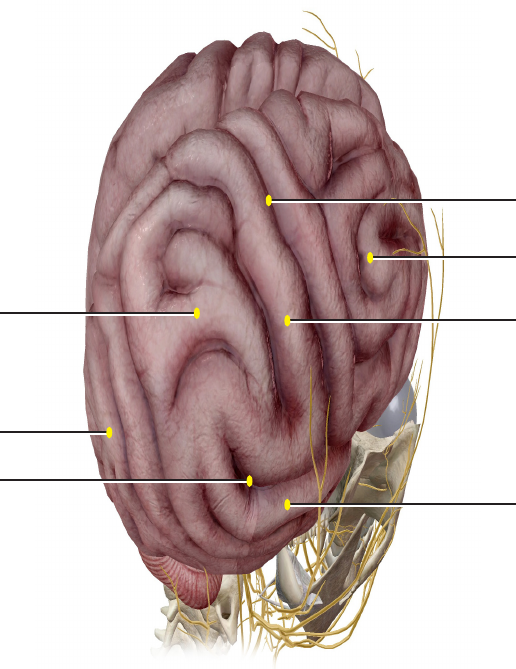 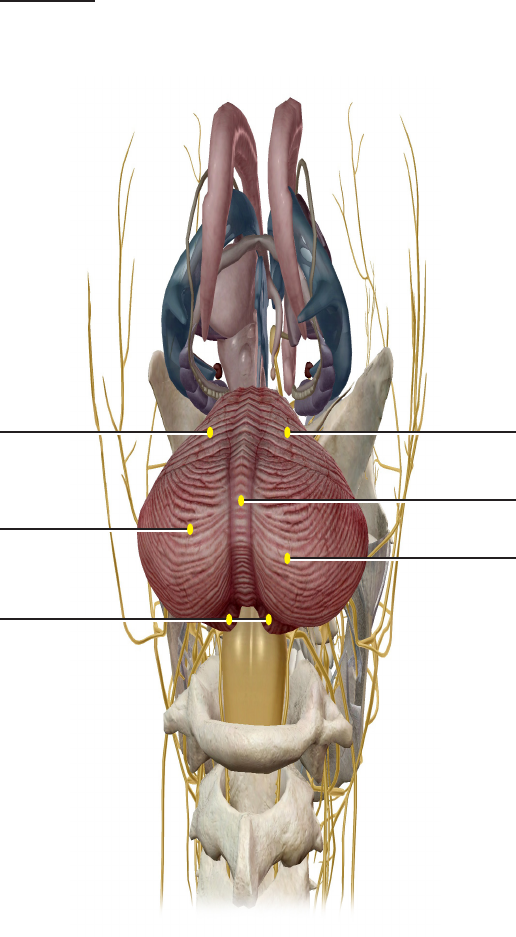 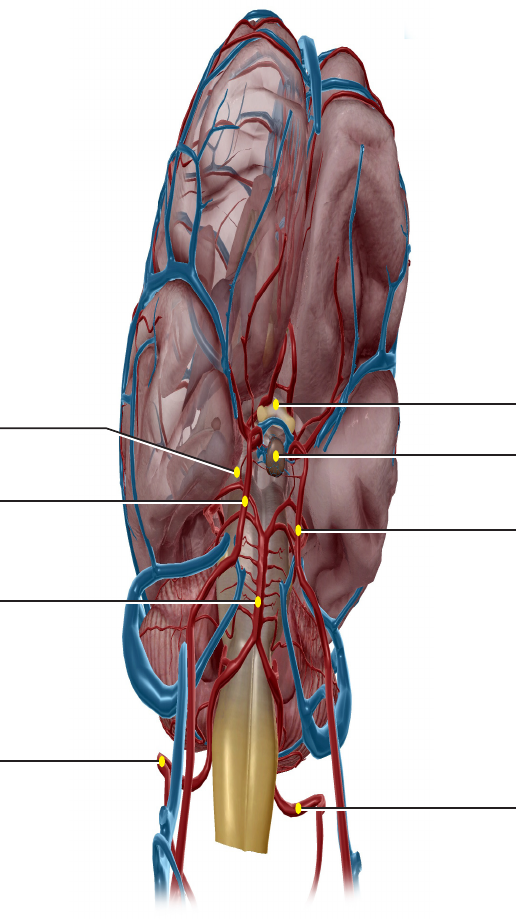 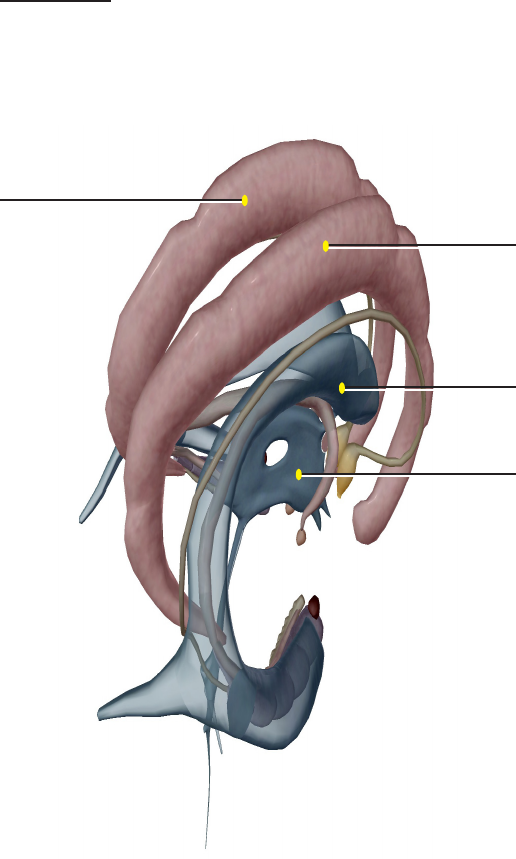 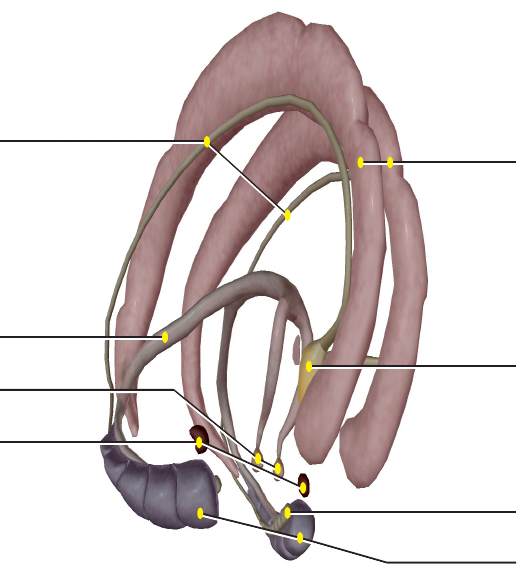 15
3. Select one of the blue ventricles and use the arrow in the content box to choose Ventricles from
the selected structures list. Use the Hide tool to hide all the ventricles. Note the circular shape of the
limbic system.
a. What are the large, purple, segmented structures at the bottom of the view?
b. List all the parts of the limbic system and locate the ones that are visible in this view.
Indusia grisea
Right fornix
Amygdalae
Mammillary bodies
Cingulate gyri
Right septal nucleus
Left dentate gyrus
Hippocampi 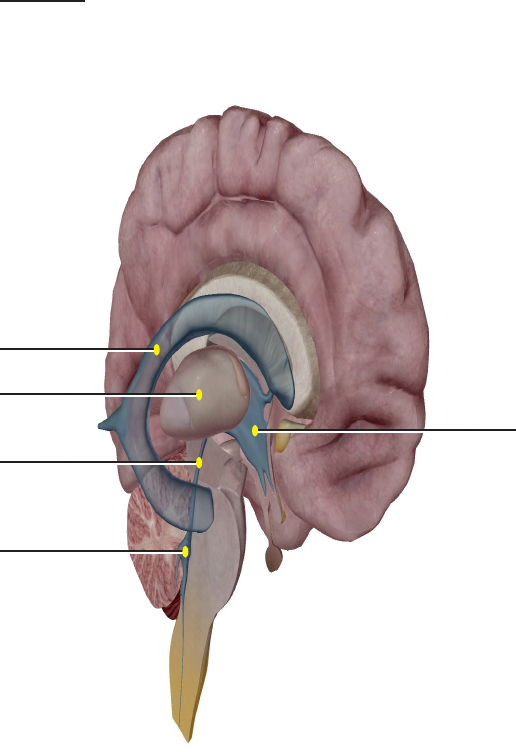 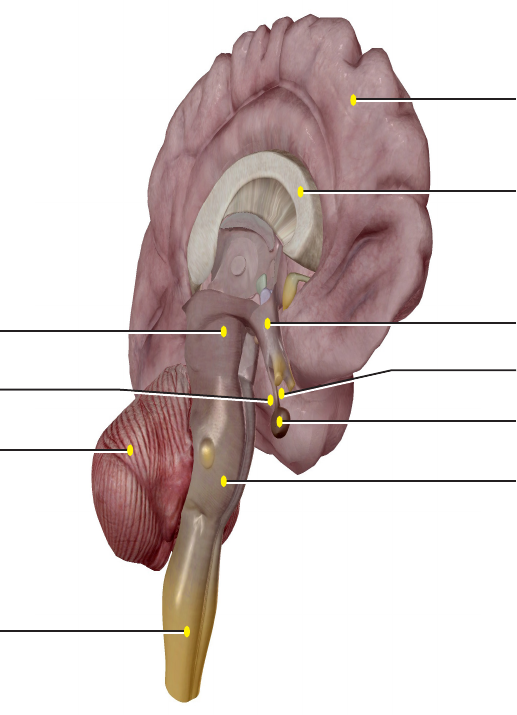 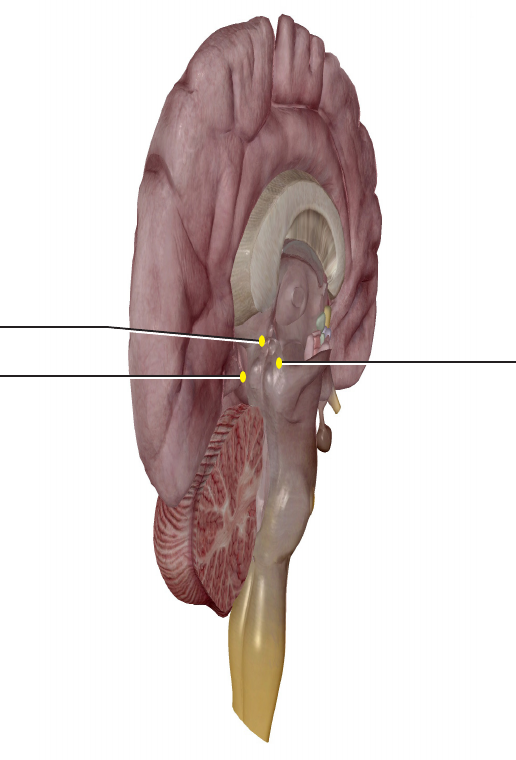 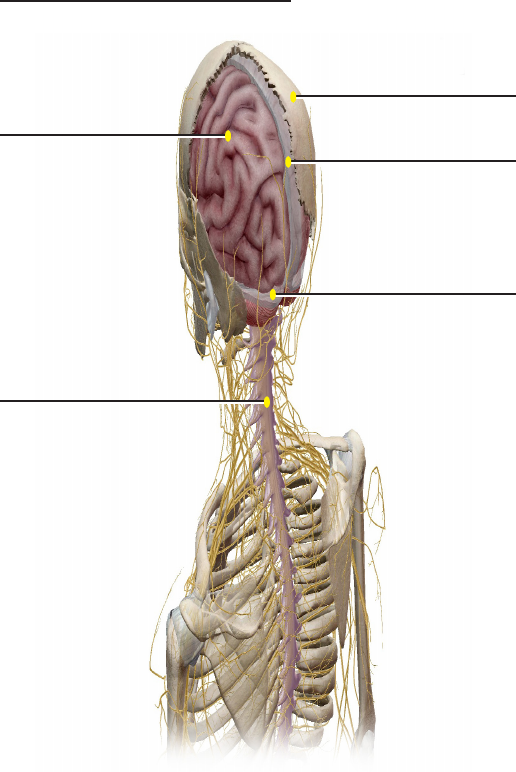 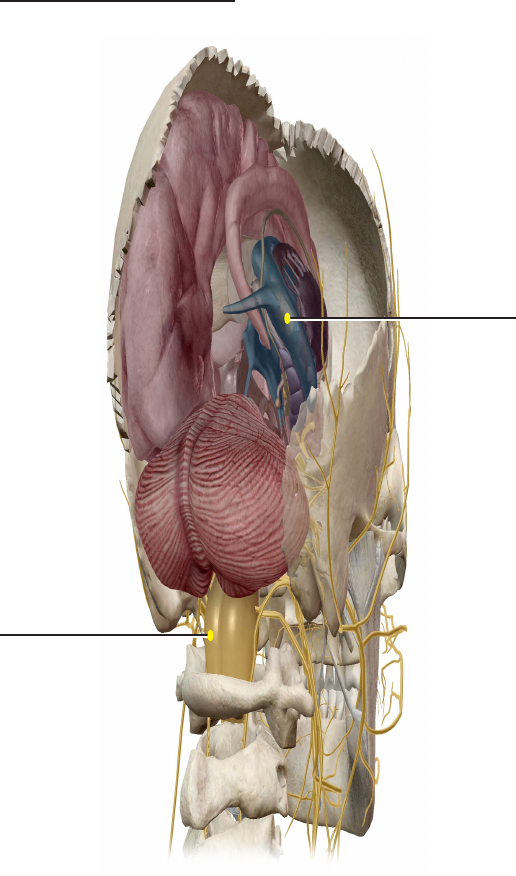 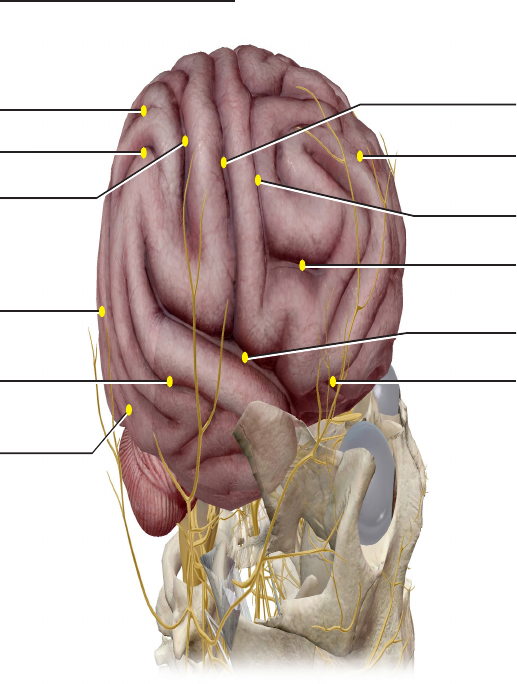 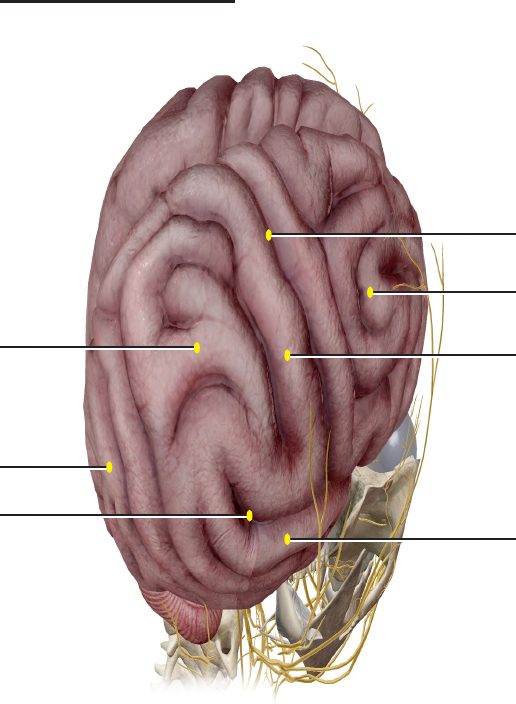 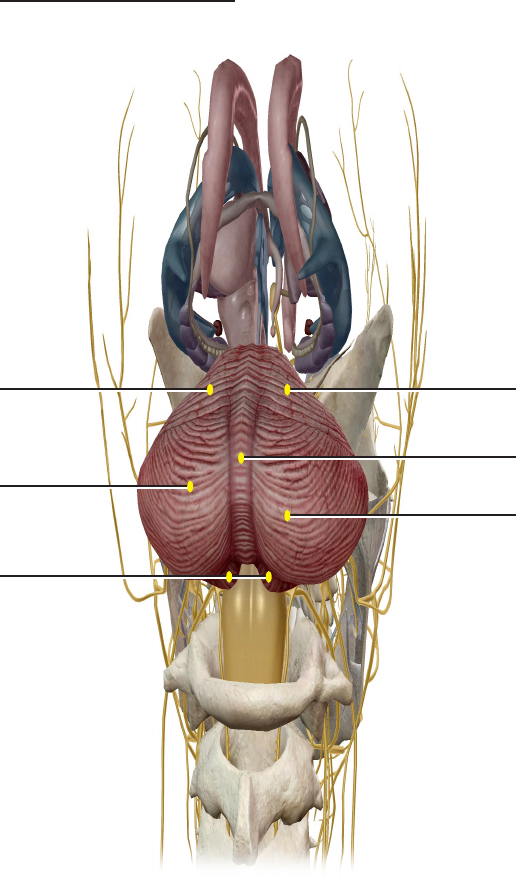 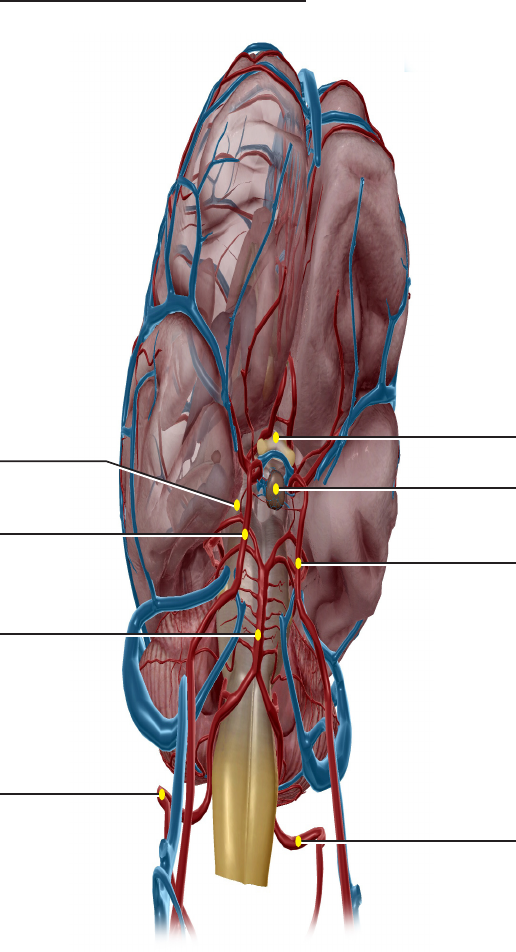 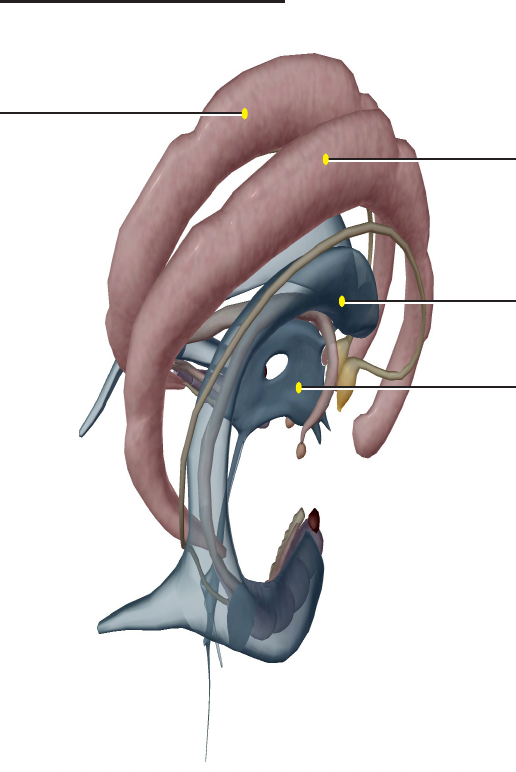 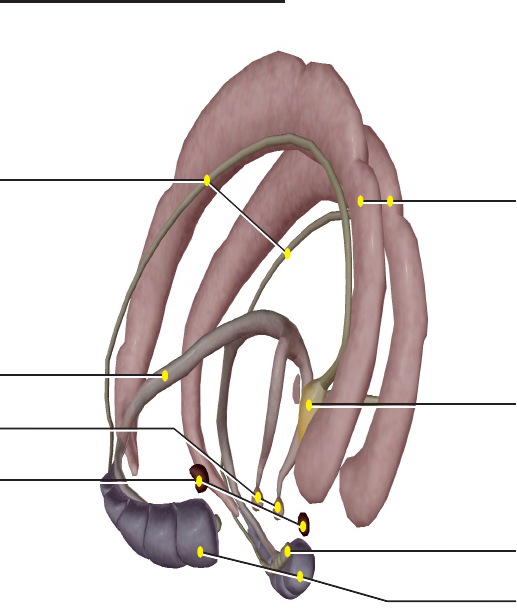 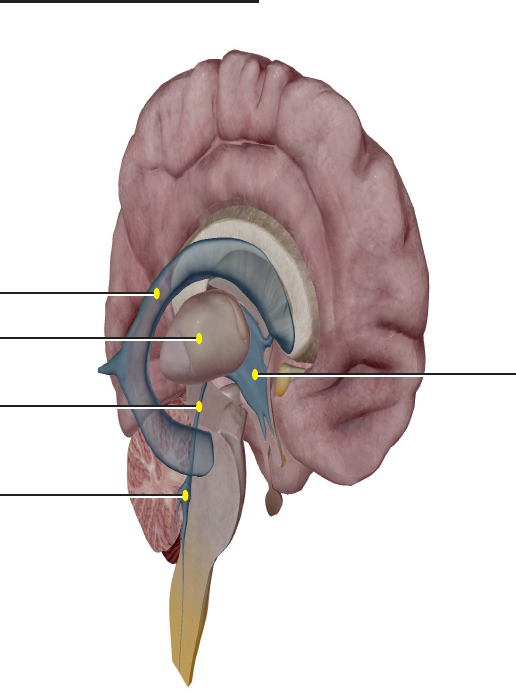 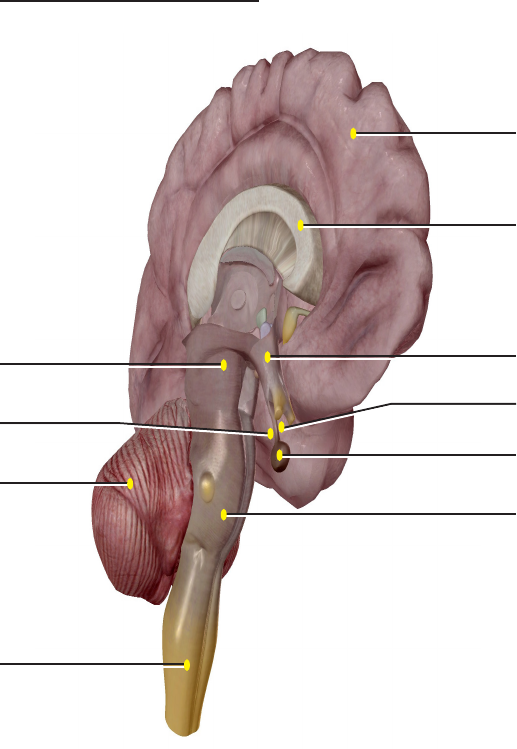 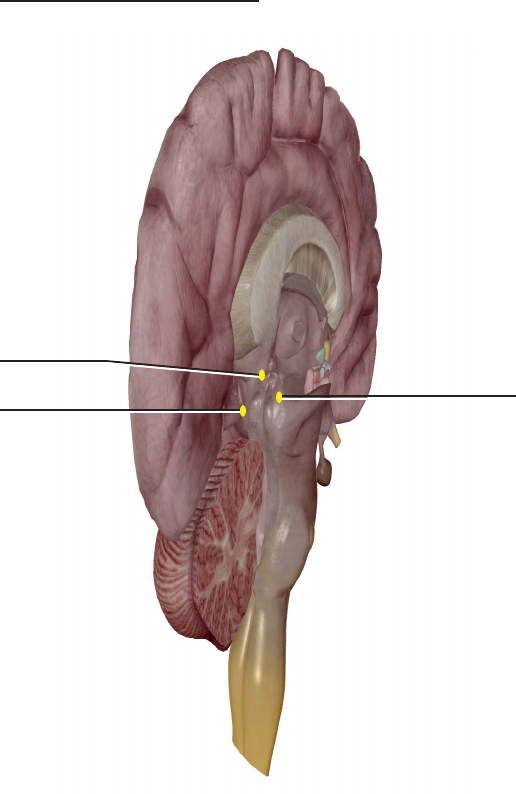