Use Fill to complete blank online CABINET OFFICE pdf forms for free. Once completed you can sign your fillable form or send for signing. All forms are printable and downloadable.

The Instrument of Variation checklist (Cabinet Office) form is 2 pages long and contains:

Use our library of forms to quickly fill and sign your Cabinet Office forms online.

Instrument of Variation checklist
IOV2 Page 1 HMRC
When to use this form
You can use this form to see if you will meet the
requirements of the Inheritance Tax Act and the Taxation of
Chargeable Gains Act. Please go through the form before the
variation is signed.
Name of deceased
Date of death DD MM YYYY
Date of variation
About this form
About the Variation
1
Is the variation dated within two years of the date
of death?
No
Yes
2
Is the variation signed by all the people whose
entitlement is adversely affected?
No
Yes
3
Does the variation clearly indicate the inheritances that
are being varied and how they are being altered?
No
Yes
4
If the variation alters the destination of stocks, shares or
marketable securities, does the variation contain a
Stamp Duty exemption certificate?
No
Yes
5
Does the variation contain a statement that the
signatories intend the variation to have effect for:
• Inheritance Tax, and /or No Yes
• Capital Gains Tax? No Yes
If the answer to any of questions
1– 4 or to both parts
of question 5 is No, the variation may not be effective
for tax purposes.
6
Does the variation seek to vary an interest in assets
held in trust or assets that the deceased had given
away but had reserved a benefit in?
No
Yes
7
Is the variation seeking to vary assets or entitlements
that have already been varied?
No
Yes
8
If the deceased died on or after 6 April 2012, is the
variation seeking to pass assets to charity?
No
Yes
9
Have any assets been brought in from outside the
estate and paid to the original beneficiary, to
compensate for their loss?
No
Yes
If the answer to any of questions 6-9 is Yes, the
variation may not be effective for tax purposes.
Your rights and obligations
Your Charter explains what you can expect from us and
what we expect from you. For more information go to
www.gov.uk/hmrc/your-charter
Help
Please read the notes on page 2 and 3, (there is a note for
each question). They will help you fill in this form. For more
information, help or another copy of
this form:
• go to www.hmrc.gov.uk/inheritancetax/
• phone our Probate and Inheritance Tax Helpline on
0300 123 1072
— if calling from outside the UK, phone +44 300 123 1072.
09/14

Page 2
About the Variation – Continued
10
Does the variation affect the Inheritance Tax (IHT)
payable in this estate?
No
Yes
11
Does the variation affect the IHT or valuation
requirements of any other estate?
No
Yes
If the answer to either question 10 or 11 is Yes, you
should send a copy of the variation and this checklist
to H.M Revenue & Customs (HMRC).
If the variation means that there is more
IHT to pay:
• You must send the variation in within six months of making
the variation.
• The executors or administrators must also sign the variation
if there is more IHT to pay.
If the variation does not affect the IHT payable, you do not
need to send a copy of the variation to us. Please keep a
copy of the variation and this checklist.
It is possible to change an inheritance after a
death by a ‘variation’. There are many reasons
why a variation may be desirable, for example, to
take account of the differences in the personal
finances of the beneficiaries, or to pass the
inheritance on to the next generation. Normally,
a variation takes effect from the date of the
document varying the inheritance. But provided
those making the variation comply with certain
requirements, the variation can be treated for
Inheritance Tax (IHT) and certain Capital Gains
Tax (CGT) purposes as if it had been made by
the deceased. This means that the variation is
backdated to the date of death. IHT is worked out
taking account of the variation being made. For
CGT purposes the variation is not a disposal and
in computing future gains the new beneficiaries
are treated as if they acquired the assets from the
deceased at the date of death and at the value
agreed on death.
A variation can change the destination of either
the assets that the deceased owned, or their share
of assets owned jointly. The notes below help you
with the questions.
1
A variation must be made within two years after
the death. It does not have to be by formal Deed;
you can use a letter or other document. But it
must meet all the other conditions below.
2
The variation must be signed by all the people
who would lose out because of it. A variation may
affect the interests of children or other unborn
beneficiaries. If this is the case, you will probably
need to get the approval of the Court. A parent’s
signature on behalf of a child is not sufficient.
3
The variation must clearly identify the part(s) of
the estate that are being varied, and say who is to
benefit from the variation
4
The variation must contain a Stamp Duty
certificate if the instrument of variation alters the
destination of stocks, shares or marketable
securities. The words for an exemption certificate
are “I/We certify that this instrument falls within
category M in the schedule to the Stamp Duty
(Exempt Instruments) Regulations 1987”.
5
For a variation to take effect for IHT and/or CGT
purposes, it must contain a statement that those
signing the variation intend it to take effect for
tax purposes. The statement may apply to either
IHT or CGT alone or for both taxes. The statement
must include the appropriate statutory references.
For example, a statement such as “The parties to
this variation intend that the provisions of section
142(1) Inheritance Tax Act 1984 and section 62(6)
Taxation of Chargeable Gains Act 1992 shall
apply” would mean that the variation is to take
effect for both IHT and CGT.
Notes 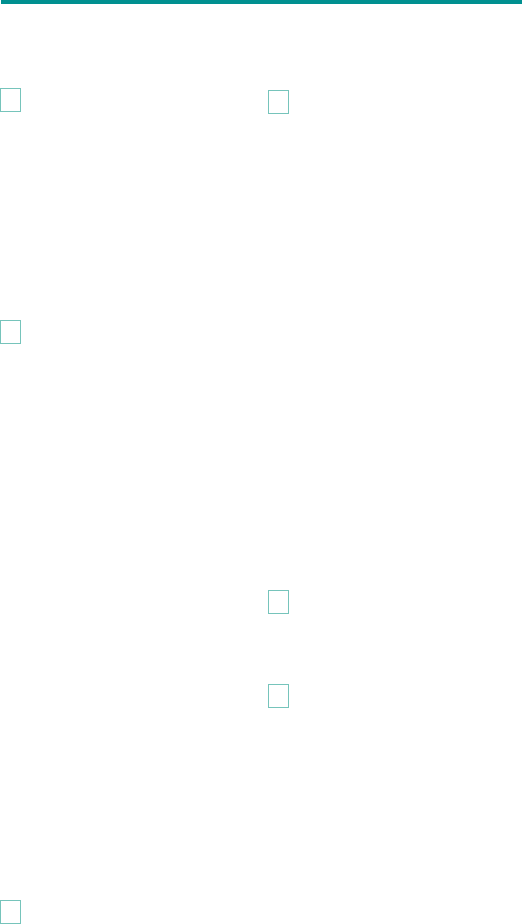 6
For IHT, a person’s estate includes assets
held in trust in which they had a right to
get some personal benefit and gifts from
which they keep back some benefit. A
variation that seeks to change who is to
receive assets in either category cannot be
treated for tax purposes as if the deceased
had made it.
7
The destination of the same assets or
entitlement passing under a Will or by
intestacy, may not be varied more than
once. Any variation that does so will not be
treated as if the deceased had made it.
So, a legacy of, say, £10,000 cannot be
redirected from the original beneficiary
to someone else, and then on to a third
person. But if a beneficiary receives
a legacy of £100,000 and redirects
£10,000 to someone else, he or she can
subsequently (out of the £90,000 left),
give another £10,000 to that same person,
or a completely different person. And, if
one beneficiary has already varied their
share of residue by one variation, another
beneficiary may vary their share by a
subsequent instrument, because it is not the
same entitlement that is being varied.
8
Where a variation increases a legacy, or
includes a new legacy to charity, the charity
must be notified by the taxpayer that assets
are being redirected to it and evidence of
this notification must be given to HMRC. But
this does not mean that the charity has to
sign the variation. Copies of an exchange of
correspondence showing that the charity is
aware of the legacy will be sufficient.
If the charity is not told about the
variation, then it cannot be backdated for
tax purposes.
9
Where a variation is made and assets from
outside the estate are used to compensate
the original beneficiary for their loss, the
variation will not be treated as if the
deceased had made it. For example, A dies
leaving an estate of £300,000 to his sons.
They sign a variation to give the assets to
their mother. To compensate them, their
mother pays them £300,000 from her own
assets. Even if the variation contains a
statement of intent, it will be ignored in
working out the IHT that is payable on
A’s death.
If the variation is not effective for tax
purposes, the changes will count as
transfers made by the beneficiaries whose
inheritance is being varied.
10
If the variation changes the IHT that is payable,
you should follow the instructions on the top
of page 2 of this form.
11
The beneficiaries of a person who has died may
make a variation that changes that person’s
entitlement from an earlier death. The
variation must meet all the conditions above
and be made within two years of the date of
the earlier death. Again, you should follow the
instructions on the top of page 2 of this
form, if the variation changes the IHT that is
payable.
Page 3
Notes – Continued