The Form 3000-4: OIL AND GAS OR GEOTHERMAL LEASE (Bureau of Land Management - Main Domain) form is 2 pages long and contains: 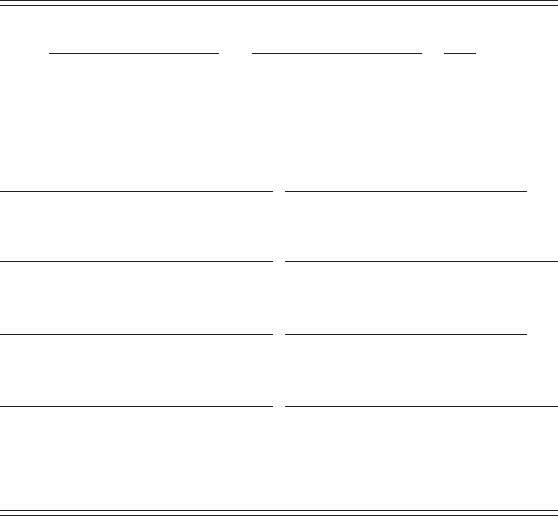 (Form 3000-4, Page 2)
BOND CONDITIONS
The conditions of the foregoing obligations are such that:
1. WHEREAS the principal has an interest in a lease(s) and/or responsibility for
operations on a lease(s) issued under the Acts cited in this bond; and
2. WHEREAS the principal and surety agree(s) that with notice to the surety the
coverage of this bond, in addition to the present holding(s) of and/or authorization(s)
granted to the principal, shall extend to and include:
a. Any lease(s) hereafter issued to or acquired by the obligor/principal, except
under individual lease bonds, the coverage is to be conned to the principal’s hold-
ing( s) and/or authorization(s) granted under the Acts cited in this bond, and to
become eective immediately upon such authorization, approval or issuance of a
transfer in favor of the principal; and
b. Any transfer(s) of operating rights hereafter entered into or acquired by the
principal aecting lease(s); and
c. Any activity subsequent hereto of the principal as operator under a lease(s)
issued pursuant to the Acts cited in this bond; and
Provided, That the surety may elect to terminate the additional coverage authorized
under this paragraph. Such termination will become eective 30 days after the BLM
receives notice of the election to terminate. After the termination becomes eective,
the additional interest(s) identied in this paragraph will not be covered by this bond;
and
3. WHEREAS the principal and surety agree(s) that with notice to the surety that
this bond shall remain in full force and eect notwithstanding: Any assignment(s) of
an undivided interest in any part or all of the lands in the lease(s) in which event the
assignee(s) shall be considered to be coprincipal(s) on an individual, CP or NPR-A
bond as fully and to the same extent as though his/her or their duly, authenticated
signatures appeared thereon; and
4. WHEREAS the obligor/surety hereby waives any right to notice of, and agrees
that this bond shall remain in full force and eect notwithstanding:
a. Any assignment(s) of 100% of some of the lands described in the lease(s),
the bond to remain in full force and eect only as to the lands retained in the
lease(s); and
b. Any transfer(s) either in whole or in part, of any or all of the operating rights
and further agrees to remain bound under this bond as to the interests in the operat-
ing rights retained by the principal; and
operative, communitization or storage agreements, or development contracts, sus-
pensions of operations or production, waivers, suspensions or changes in rental,
minimum royalty and royalties, compensatory royalty payments, or otherwise; and
c. Any modication of a lease or operating right, or obligation thereunder,
whether made or eected by commitment of lease or operating right to unit, co-
d. Any extension of a lease(s) covered by this bond, such coverage to continue
without any interruption due to the expiration of the term set forth in the lease(s);
and
5. WHEREAS the principal and surety hereby agree(s) that notwithstanding the
termination, expiration, cancellation or relinquishment of any lease(s), whether by
operation of law or otherwise, the bond shall remain in full force and eect as to the
terms and conditions of all remaining leases and obligations covered by the bond; and
6. WHEREAS the principal, as to any lease or part of a lease for land on which he/
she is the operator, in consideration of being permitted to furnish this bond in lieu of
the lessee(s) or operating rights owner(s), agrees and by these presents does hereby
bind himself/herself
to fulll on behalf of each lessee or operating rights owner all
obligations of such for the entire leasehold in the same manner and to the same extent
as though he/she were lessee or operating rights owner; and
7. WHEREAS the obligor/principal and surety agree(s) that the neglect or forbear-
ance of said lessor in enforcing, as against any responsible party, the payment of rent-
als or royalties or the performance of any other term or condition of the lease(s) shall
not, in any way, release the principal and surety, or either of them from any liability
under this bond; and
8. WHEREAS the principal and surety agree(s) that in the event of any default under
the lease(s) the lessor may commence and prosecute any claim, suit, or other proceed-
ing against the principal and surety or either of them, without the necessity of joining
the lessee(s); and
9. WHEREAS if the principal fails to comply with any provisions of an oil and gas
lease, and the noncompliance continues for thirty (30) days after written notice there-
of, such lease shall be subject to cancellation and the principal shall also be subject to
applicable provisions and penalties of the Federal Oil and Gas Royalty Management
Act (30 U.S.C. 1701 et seq.) or the Federal Onshore Oil and Gas Leasing Reform Act.
This provision shall not be construed to prevent the exercise by the United States of
any other legal and equitable remedy, including waiver of the default.
10. NOW, THEREFORE If said principal, his/her heirs, executors, administrators,
successors, or assigns shall in all respects faithfully comply with all of the provisions
of the instrument(s) granting rights and interests in Federal lands referred to above,
then the obligations are to be void; otherwise to remain in full force and eect.
Signed this
day of
NAMES AND ADDRESSES OF WITNESSES
, 20 , in the presence of:
(Principal)
(L.S.)
(Business Address)
(L.S.)
(Surety)
(Business Address)
If this bond is executed by a corporation, it must bear the seal of that corporation.
click to sign
signature
click to edit
click to sign
signature
click to edit