Fillable Following Form (Immigration and Refugee Board of Canada)

Use Fill to complete blank online IMMIGRATION AND REFUGEE BOARD OF CANADA pdf forms for free. Once completed you can sign your fillable form or send for signing. All forms are printable and downloadable.

Following Form (Immigration and Refugee Board of Canada)

On average this form takes 33 minutes to complete

The Following Form (Immigration and Refugee Board of Canada) form is 16 pages long and contains:

Use our library of forms to quickly fill and sign your Immigration and Refugee Board of Canada forms online.

BROWSE IMMIGRATION AND REFUGEE BOARD OF CANADA FORMS 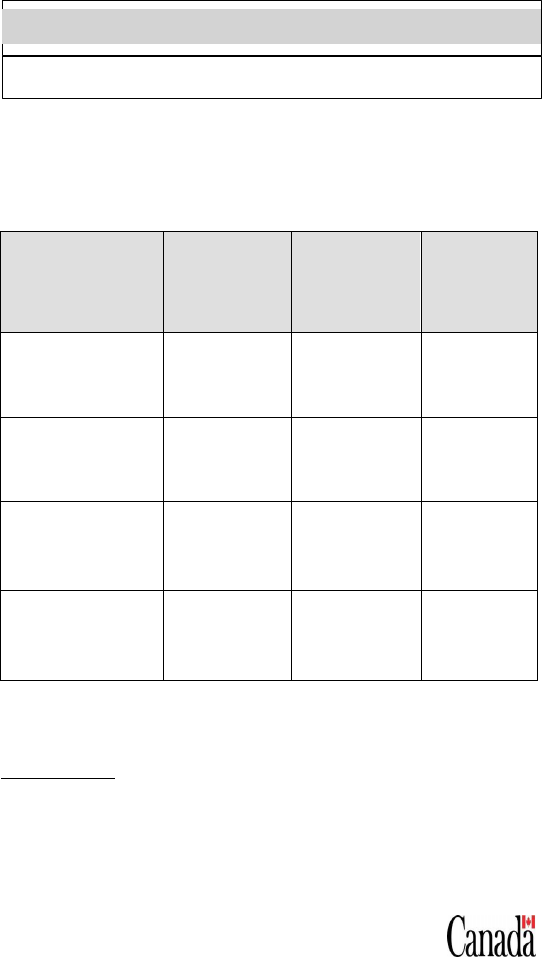 PROTECTED "B" WHEN COMPLETED
Immigration and Refugee Board of Canada
http://www.irb-cisr.gc.ca
Appellant's Record Form
Page 1 of 6
Disponible en français
IRB/CISR 3005 (09/18)
APPELLANT'S MEMORANDUM
TO THE REFUGEE APPEAL DIVISION OF
THE IMMIGRATION AND REFUGEE BOARD OF CANADA
Rule 3 (3)(g) of the
Refugee Appeal Division Rules
(
RAD Rules
)
Note:
The Appellant's memorandum is part of the Appellant's record which must be received by the
Refugee
Appeal Division (RAD) within 30 days after the day on which the Appellant receives the
Refugee
Protection Division's (RPD) written reasons for the decision.
1
The Appellant's memorandum must not be more than 30 pages long if typewritten on one side or
15 pages if typewritten on both sides.
2
Indicate the Appellant's name and that of any other person making an appeal whose claim for refugee
protection was joined to the Appellant's claim for refugee protection.
Appellant(s) Name(s)
RAD File Number RPD File Number
Unique Client
Identifier
If you need more space, use additional sheets of paper the same size as this form.
1
Rule 3(5) of the RAD Rules, SOR/2012-257 and section 159.91(1)(b) of the Immigration and Refugee Protection Regulations,
SOR/2002-227.
2
Rule 3(4) of the RAD Rules, SOR/2012-257.
SECTION I: INFORMATION ABOUT YOU AND YOUR APPEAL TO THE RAD
1.1 Information on the Appellant(s).

PROTECTED "B" WHEN COMPLETED
Immigration and Refugee Board of Canada
http://www.irb-cisr.gc.ca
Appellant's Record Form
Page 2 of 6
Disponible en français
IRB/CISR 3005 (09/18)
dd/mm/yy
Date of the RPD Notice of Decision
Date written RPD reasons were received
Date of providing the Notice of Appeal to the RAD
Date of providing the Appellant's record to the RAD
If you need more space, use additional sheets of paper the same size as this form.
1.2 Information on the RPD decision and the RAD appeal.
SECTION II: SUBMISSIONS
2.1 Explain what are the errors that are the grounds of the appeal.
Provide full and detailed submissions regarding each error.

Immigration and Refugee Board of Canada
http://www.irb-cisr.gc.ca
Appellant's Record Form
Page 4 of 6
Disponible en français
IRB/CISR 3005 (09/18)
PROTECTED "B" WHEN COMPLETED
List evidence and provide full and detailed submissions regarding the information required. For your
information, section 110(4) of the IRPA states the following: On appeal, the person who is the subject of the
appeal may present only evidence that arose after the rejection of their claim or that was not reasonably
available, or that the person could not reasonably have been expected in the circumstances to have presented,
at the time of the rejection.
3
All evidence that the RPD accepted as evidence is part of the RPD's record and will be provided by the RPD to the
RAD pursuant to rule 21 of the RAD Rules. Consequently, you do not have to list this evidence.
Name of evidence
Author Date (dd/mm/yy)
If you need more space, use additional sheets of paper the same size as this form.
3
There may be more than one piece of evidence presented. Consequently, you must provide full and detailed
submissions regarding the information required for each piece of evidence presented. Print this page for each piece of
evidence.
SECTION III: EVIDENCE AND ORAL HEARING AT THE RAD
3.1 The evidence that the Appellant(s) ask the RAD to admit as evidence under section 110(4)
of the Immigration and Refugee Protection Act (IRPA).
How does this evidence meet the requirements of section 110(4) of the IRPA?
How does this evidence relate to the Appellant(s)?

Immigration and Refugee Board of Canada
http://www.irb-cisr.gc.ca
Appellant's Record Form
Page 5 of 6
Disponible en français
IRB/CISR 3005 (09/18)
PROTECTED "B" WHEN COMPLETED
Provide full and detailed submissions regarding the information required. For your information, s. 110(6) of the
IRPA states the following: The Refugee Appeal Division may hold a hearing if, in its opinion, there is
documentary evidence referred in subsection (3)
(a)
that raises a serious issue with respect to the credibility of the person who is the subject
of the appeal;
(b)
that is central to the decision with respect to the refugee protection claim, and
(c)
that, if accepted, would justify allowing or rejecting the refugee protection claim.
If you need more space, use additional sheets of paper the same size as this form.
3.2 Explain why the RAD should hold a hearing under section 110(6) of the IRPA.
How does the evidence mentioned in part 3.1 of the memorandum meet the requirements of section
110(6) of the IRPA?

Immigration and Refugee Board of Canada
http://www.irb-cisr.gc.ca
Appellant's Record Form
Page 6 of 6
Disponible en français
IRB/CISR 3005 (09/18)
PROTECTED "B" WHEN COMPLETED
Select from the options below.
a)
That the appeal be allowed, and that the RAD finds the Appellant(s) to be a Convention
refugee(s) or a person(s) in need of protection;
b)
That the appeal be allowed and that the matter be referred to the RPD for re-determination.
Appellant's signature
Date (dd/mm/yy)
Counsel's signature
Date (dd/mm/yy)
SECTION IV: DECISION SOUGHT
4.1 The decision the Appellant(s) wants the RAD to make.

Following Form (Immigration and Refugee Board of Canada)