Use Fill to complete blank online LAKESHORE TECHNICAL COLLEGE pdf forms for free. Once completed you can sign your fillable form or send for signing. All forms are printable and downloadable.

Firearms User Background Disclosure
Criminal Justice Program
1. Full Name (Last, First, Middle) 2. Residence Address
3. Besides Full Name - Any Other Names Used 4. 5. Birth Date
(Maiden, etc.)
Male
Month Day Year
Female
Certification of Transferee
6. Answer questions 6a through 6i by writing “yes” or “no” in the boxes to the right of the questions.
a. Are you under indictment or information in any court for a felony, or any other crime,
for which the judge could imprison you for more than one year? (An information is a
formal accusation of a crime by a prosecutor.)
b. Have you been convicted in any court of a felony, or any other crime, for which the
judge could have imprisoned you for more than one year, even if you received a shorter
sentence including probation?
c. Are you a fugitive from justice?
d. Are you an unlawful user of, or addicted to, marijuana, or any depressant, stimulant,
or narcotic drug, or any other controlled substance?
e. Have you ever been adjudicated mentally defective (which includes having been
adjudicated incompetent to manage your own affairs) or have you ever been committed
to a mental institution?
f. Have you been discharged from the Armed Forces under dishonorable conditions.
g. Are you subject to a court order restraining you from harassing, stalking, or
threatening your child or an intimate partner or child of such partner?
h. Have you been convicted in any court of a misdemeanor crime of domestic violence?
i. Are you an alien illegally in the United States?
I certify that the above answers are true and correct. I understand that if there is a “yes”
response, I will not be permitted to handle firearms or participate in activities involving firearms
as part of training. I also understand that making any false oral or written statement, or
exhibiting any false or misrepresented identification will result in disciplinary action up to and
including expulsion.
7. Student Signature Date
SS13 4/2003 Copy to: White–Student Services Yellow–Student 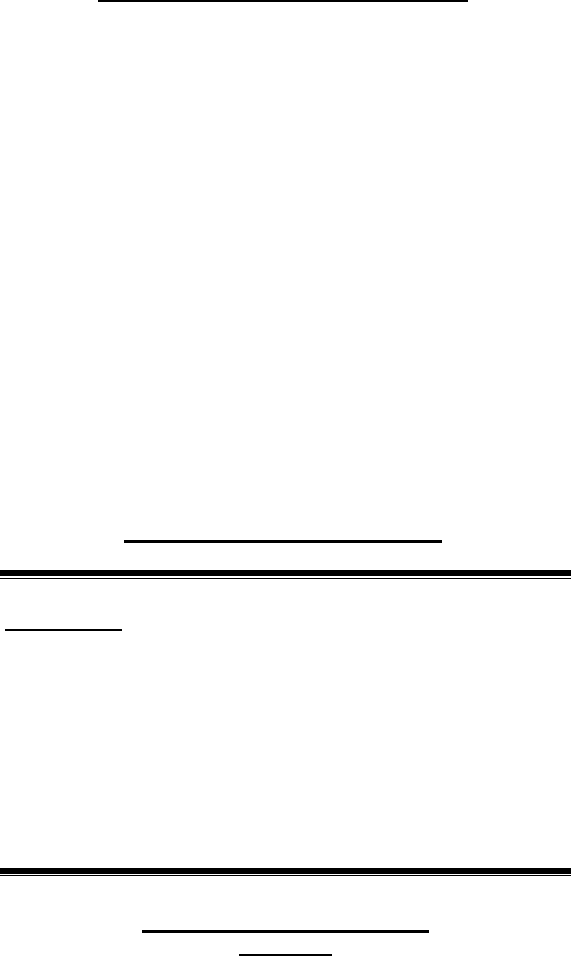 Gun Ban for Convicted of Domestic Violence, 18 U.S.C.§922(g)(a)
• Felony to possess or transport or ship in interstate commerce any firearm or ammunition if you are the person who
has been convicted “in any court” of a misdemeanor crime of domestic violence.
• No time limit on underlying conviction.
• Separate felony to sell or otherwise dispose of firearms or ammunition to any person if you know or have
reasonable cause to believe that such person has been convicted “in any court” of a misdemeanor crime of
domestic violence.
• “Misdemeanor crime of domestic violence” means an offense that is a misdemeanor under federal or state law
AND has an element
use or attempted use of physical force, or
the threatened use of a deadly weapon
• The misdemeanor crime of domestic violence must have been committed by a current or former spouse, parent or
guardian of the victim, by a person with whom the victim at that time shared a child in common, by a person who is
cohabiting with or has cohabited with the victim as a spouse, parent or guardian, or by a person similarly situated
to a spouse, parent, or guardian or the victim.
NO EXCEPTIONS FOR LAW ENFORCEMENT OFFICERS
(18 U.S.C.§925(a)(1))
What Does NOT Qualify?
• A misdemeanor domestic violence conviction does NOT qualify unless:
• the person convicted was represented by an attorney, or knowingly and intelligently waived the right to an
attorney.
• the person convicted was tried by a jury, or knowing and intelligently waived the right to a jury (if the person
was entitled to a jury trial based on the type of conviction).
• Expunged convictions, convictions that have been set aside, or convictions for which the person has been pardoned or
had their civil rights restored do not qualify.
Gun Ban for Persons Subject to Protection Orders
18 U.S.C.§ 922(g)(8)
• Felony to possess firearms or ammunition while subject to certain domestic abuse protective orders.
• Assumes possession was “in or affecting commerce,” which is commonly proven by evidence that the firearm
or ammunition traveled across state lines at some point before offense.
• Also applies to act of shipping or transporting the firearms or ammunition in interstate commerce by the person
subject to the protective order.
• It is a separate felony (18 U.S.C. § 922(d)(8)) to sell or dispose of firearms or ammunition to a person subject
to such protective orders, if you know or have “ reasonable cause to believe” that the person is subject to a
protective order.
However,
• NOT applicable to firearms or ammunition sold or shipped to, or issued for the use of, a federal or state
agency.
This statute will not preclude someone from holding a position as a law enforcement officer, even during the time they
are subject to such an order UNLESS the order itself specifically prohibits the person from possessing a firearm during that
time, and makes no exceptions.