Use Fill to complete blank online OFFICE OF INFORMATION TECHNOLOGIES / NETWORK ENGINEERIG (DC) pdf forms for free. Once completed you can sign your fillable form or send for signing. All forms are printable and downloadable.

The FORM N-54C: NOTIFICATION OF WITHDRAWAL OF ELECTION TO (Office of Information Technologies / Network Engineerig) form is 2 pages long and contains: 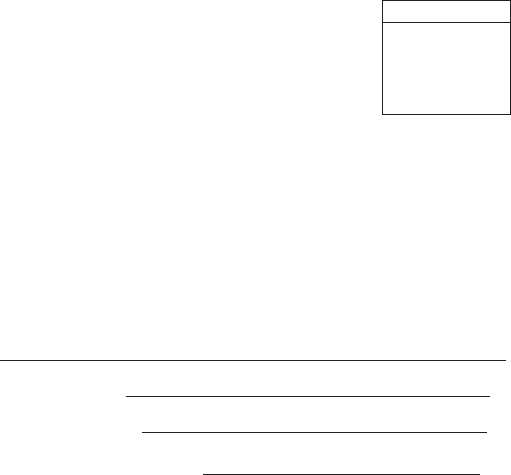 UNITED STATES
SECURITIES AND EXCHANGE COMMISSION
Washington, D.C. 20549
FORM N-54C
NOTIFICATION OF WITHDRAWAL OF ELECTION TO BE SUBJECT TO
SECTIONS 55 THROUGH 65 OF THE INVESTMENT COMPANY ACT OF 1940
FILED PURSUANT TO SECTION 54(c) OF THE INVESTMENT COMPANY ACT OF 1940
The undersigned business development company hereby noties the Securities and Exchange Commission that it withdraws its elec-
tion to be subject to sections 55 through 65 of the Investment Company Act of 1940 (the “Act”), pursuant to the provisions of section
54(c) of the Act, and in connection with such notice of withdrawal of election submits the following information:
Name:
Address of Principal Business Ofce:
Telephone Number (including area code):
File Number under the Securities Exchange Act of 1934:
In addition to completing the cover page, a company withdrawing its election under section 54(a) of the Act must state one of the
following bases for ling the notication of withdrawal:
A. The company has never made a public offering of its securities; does not have more than 100 security holders for purposes of
section 3(c)(1) of the Act and the rules thereunder; and does not propose to make a public offering.
B. The company (1) has distributed substantially all of its assets to its security holders and has effected, or is in the process of
effecting, a winding-up of its affairs, and (2) is not liquidating as part of a merger.
C. The company has (1) sold substantially all of its assets to another company; or (2) merged into or consolidated with another
company. Give the name of the other company and state whether the other company is a registered investment company, a
company excluded from the denition of an investment company by section 3(c)(1) of the Act, a business development company,
or none of the above.
D. The company has changed the nature of its business so as to cease to be a business development company, and such change
was authorized by the vote of a majority of its outstanding voting securities or partnership interests. Describe the company’s
new business. Give the date of the shareholders’ or partners’ meeting and the number of votes in favor of and opposed to the
change.
E. The company has led a notice of registration under section 8 of the Act. State the ling date of the company’s notice of registration
(Form N-8A) under the Act.
F. Other. Explain the circumstances surrounding the withdrawal of election.
OMB APPROVAL
OMB Number: 3235-0236
hours per response . . . . . . . 1.00
Expires: May 31, 2021
Estimated average burden
SEC1938 (3-01)
(No. & Street, City, State, Zip Code)
Persons who respond to the collection of information contained in this
form are not required to respond unless the form displays a currently
valid OMB control number. 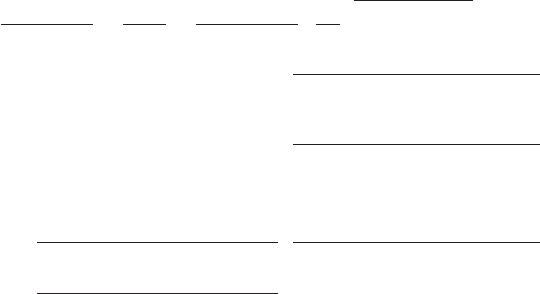 2
SIGNATURE
Form of signature:
Pursuant to the requirements of the Act, the undersigned company has caused this notication of withdrawal of election to be
subject to sections 55 through 65 of the Act to be duly signed on its behalf in the city of and the state of
on the day of , 20 .
[SEAL] Signature
(Name of Company)
By
(Name of director, ofcer or general partner
signing on behalf of the company)
Attest:
(Name) (Title)
(Title)
INSTRUCTIONS FOR FORM N-54C
Read instructions carefully before preparing this notication. It may be returned as not acceptable for ling unless it is prepared,
executed, and led substantially in accordance with these instructions. This form is not to be used as a blank form to be lled in, but only
as a guide for the preparation of a notication of withdrawal. The form should be led on paper 8
1
/
2
x 11 inches in size.
(a) This form shall be used pursuant to section 54(c) of the Act to notify the Commission of the company’s withdrawal of its
notication of election to be subject to sections 55 through 65 of the Act. Such withdrawal will be effective immediately upon
receipt by the Commission. Companies ling this notication should be aware that it is only a withdrawal from the regulatory
system applicable to business development companies, described in sections 55 through 65 of the Act. A company which les this
notication may be subject to sections 1 through 53 of the Act unless it qualies for another exemption from those sections.
(b) Signature.
An original and three copies of the notication of withdrawal of election shall be led. The three copies may have facsimile or
typed signatures. If the company is a business development company having a board of directors, the original notication of
withdrawal of election shall be signed on behalf of the company by a director, ofcer, or trustee. If the company is a partnership,
the original notice shall be signed by a general partner.
(c) Filing.
The notication of withdrawal of election and all inquiries and communication with respect thereto shall be forwarded to the
Securities and Exchange Commission, Washington, D.C. 20549.
(d) Fee.
There is no fee charged for ling the notication of withdrawal of election.
(e) Incorporation by Reference.
A company may incorporate by reference any information previously led in a current report on Form 8-K under the Securities
Exchange Act of 1934 by so stating and giving the date on which the Form 8-K was led.
SEC’s Collection of Information
An agency may not conduct or sponsor, and a person is not required to respond to, a collection of information unless it displays a
currently valid control number. Section 54(c) of the Investment Company Act of 1940 (“1940 Act”) provides that companies, which
have notified the Commission of their election to be regulated as business development companies under the 1940 Act, may withdraw
their election by filing a notice of withdrawal of election with the Commission. Section 54(c) also authorizes the Commission to
prescribe a form for purposes of this notice of withdrawal of election. Pursuant to that authority, the Commission adopted Form
N-54C, the filing of which is mandatory by companies that wish to withdraw their election to be regulated as business development
companies under the 1940 Act. The Commission adopted Form N-54C to provide a uniform notification system of withdrawals of
election. The information collected on Form N-54C is publicly available. Any member of the public may direct to the Commission
any comments concerning the accuracy of the burden estimate of this Form and any suggestions for reducing the burden of the
Form. This collection of information has been reviewed by the Office of Management and Budget in accordance with the clearance
requirements of 44 U.S.C. § 3507.