On average this form takes 50 minutes to complete

The EMDR Edited by: Marilyn Luber, PhD form is 405 pages long and contains:

To

Francine Shapiro

an inspiration at all times, but
especially in times of crises
© 2020 All rights reserved.

Contents
© 2020. All rights reserved.
EMDR RESOURCES in the ERA of COVID–19
Contributors
Foreword – Derek Farrell, C. Psychol, PhD, CSi, AFBPsS
Preface
Acknowledgment
PART I
EMDR Responses to COVID-19 Around the World
Resource 1 Levels of Care for the Coronavirus
Regina Morrow
Resource 2 Italy and the Coronavirus: Suggestions for Clinicians During the Pandemic
EMDR Italy
• Guidelines for Adults: Self-Protection for Adults
• Guidelines for Children: Children Need to Understand What is Happening: Tips for
Parents, Caregivers, Teachers and Grandparents: What to say and how to say it
• Coronavirus: How to Deal with It: Suggestions for Managing Fear in Children and Adults
• Suggestions and Guidelines for Senior Citizens
• Guidelines for First Responders: Self-protection for First Responders and Health
Professionals
• Telephone Support: Guide for Counseling
• COVID-19 Emergency: Guidelines on How to Communicate Bad News Over the Telephone
Resource 3 A Picture of Italy Affected and Striving with the Coronavirus: Phase 1
Isabel Fernandez
Resource 4 A Picture of Italy Affected and Striving with the Coronavirus: Phase 2
Isabel Fernandez
Resource 5 Recommendations for the Use of Online EMDR Therapy During the COVID-19 Pandemic
The Standards Committee, EMDR-Europe
Resource 6 EMDR Early Interventions in the Current COVID-19 Pandemic
Resource 7 A Turkish Response to Dealing with a Catastrophic Event: The COVID-19 Pandemic
Şenel Karama, Asena Yurtsever, Sefa Kaya, & Emre Konuk
Resource 8 The Global Child-EMDR Alliance
Ana M. Gomez
Resource 9 Therapy in A Time of Turmoil: Stray Thoughts
Deany Laliotis
© 2020 All rights reserved.
V

1
1
Level of Care
Considerations for
EMDR Therapists in
the Time of COVID-19
Regina Morrow Robinson
Introduction
he EMDR therapy model is rapidly evolving. The idea that EMDR therapy can offer a full
range of response when it comes to mental health needs is new. There are commonly-
known crisis response models that -even if outdated or have demonstrated lack of empirical
support-continue to be used because they are well known. While EMDR therapy to date must be
delivered by a trained therapist to be EMDR therapy, there is a new push to broaden the scope of
EMDR by finding ways for it to be used with paraprofessionals under the supervision of an
EMDR trained and licensed clinician. Also, it is helpful to ask questions such as how do EMDR
therapy and Adaptive Information Processing fit within the continuum of care? How do EMDR
therapists compare and contrast our resources with other interventions and models already in
existence? The Global Initiative for Stress and Trauma Treatment (GIST-T) and EMDRIA.org
have been advocating for EMDR therapy placement in the continuum of care around the world.
This article is another step in that direction. I welcome your thoughts on it.
We practice in all parts of the world, in all sorts of settings, with high levels of resources and low
levels of resources. Our clients, as well, have great diversity of resources available. The mental
health community and EMDR community have hundreds of interventions to select from. How do
T
© 2020 All rights reserved. 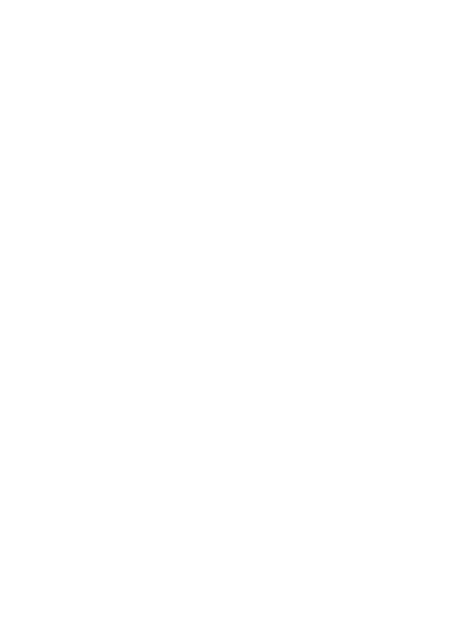 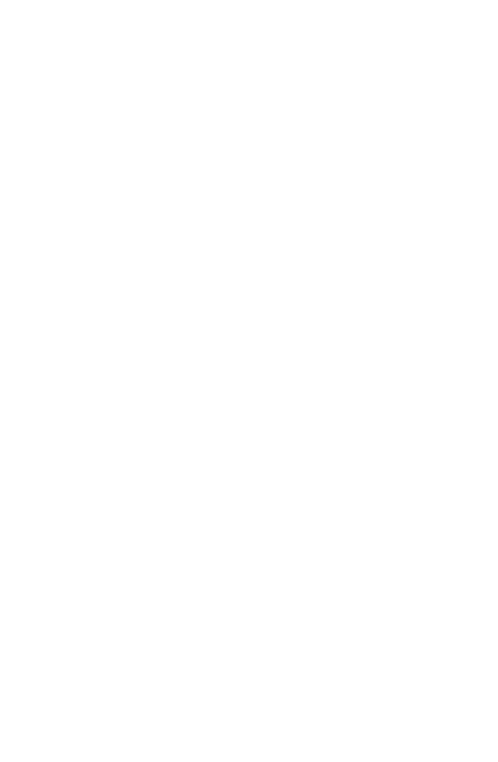 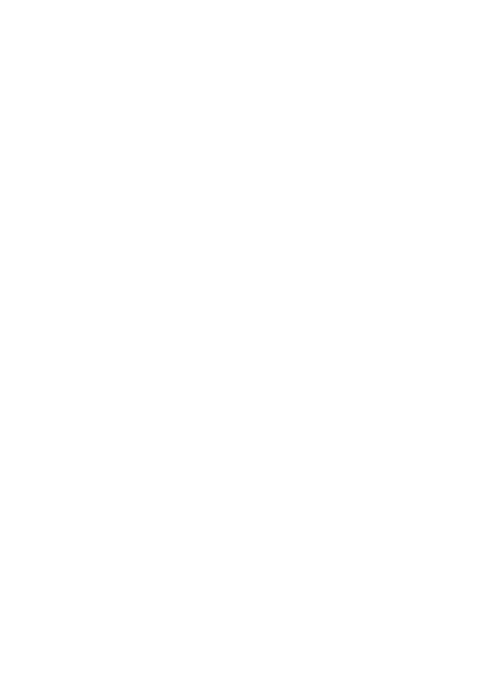 5
Recommendations
for the Use of Online
EMDR Therapy
During the COVID-19
Pandemic
The EMDR Europe
Standards Committee
Introduction
s the Covid-19 continues to develop rapidly and more of our member countries are in
lockdown, it is necessary to update the previously issued guidelines for online EMDR
therapy. We will continually review and update this information as needed in light of future
developments.
As EMDR therapists, we are facing a new challenge which we have not encountered before. It
will not be possible for many of us to offer face-to-face consultation or therapy to clients in need.
However, there is a substantial amount of existing information from practitioners who have used
online EMDR therapy for many years. During the present circumstances in which it is
impossible to work face-to-face, these experiences need to be acknowledged.
A
47
© 2020 All rights reserved.

Use of EMDR Online Therapy
Research
There is no existing evidence to show whether there is a difference between online and face-to-face
EMDR therapy. There are some small, uncontrolled studies not using EMDR which indicate there is
no difference. For statistical reasons, undertaking controlled research on the difference between face-
to-face and online EMDR therapy would be a vast undertaking, requiring a considerable number of
participants. Such research is unlikely to happen soon.
• It is therefore impossible to conclude from existing research whether or not there are any
differences between face to face and online EMDR therapy.
Anecdotal Evidence
There is a substantial body of anecdotal information from experienced EMDR practitioners throughout
Europe which appears to show online EMDR treatment to be as effective as face-to-face EMDR therapy.
The anecdotal evidence seems to be just as strong for online EMDR treatment with children as it seems
to be with adults. Given the lack of available research and the fact that the crisis will continue for some
time, it is reasonable to rely more heavily on the anecdotal information and to recommend the use of
EMDR online therapy for any appropriately assessed client, both ongoing clients and new clients.
Indeed, there is a distinct advantage in using online EMDR therapy in the present crisis because it will
allow EMDR therapy to be offered to many clients who would otherwise not be able to receive it.
• During the present coronavirus crisis, online EMDR therapy – that follows the Standard EMDR
therapy Protocol – is therefore recommended for all clients who are appropriately assessed.
• In addition, we want to stress the following:
o We support the use of EMD, EMDr, and Recent Events Protocols, as well as stabilization
and grounding, psychoeducation, Safe Place and Resource Installation and enhancement.
o There is a need for caution when working with complex clients.
o There is a need for therapists to follow their national regulations and insurance policies
regarding online therapy.
o The importance of adhering to the base of our practice, which is our EMDR Europe Code
of Ethics, especially when we lack experience and knowledge.
Treatment Skills & Risks
Are special treatment skills required in applying the EMDR protocol online? Again, research cannot
help us. We must still rely on the anecdotal evidence and practical experiences, and this appears to
show that the Standard EMDR Protocol works well; there is no need to alter it. The most critical issues
are that clinicians should only work with clients who are within their present level of competence, and
that they are appropriately supervised, as would be standard practice with face-to-face clients.
• Any risks from online EMDR therapy appear to be similar to those experienced by
clinicians working face-to-face. Nevertheless, the actions that a therapist can undertake
in online therapy to adjust to several risks are limited.
48
© 2020 All rights reserved.
Technical & Practical Skills Involved in Running an Online Session
There is a range of technical and practical skills that a therapist will require to run a productive
online EMDR session. Most EMDR clinicians are unlikely to have worked online and will need
help. There is a substantial amount of existing information from practitioners who have used this
method for many years. Some national associations are already collecting this information to
share with their members and are running skill-sharing webinars on how to operate an online
session.
The EMDR Europe Standards Committee
Bjorn Aasen
Kerstin Bergh Johannesson
Ludwig Cornil
Arne Hofmann
Ad de Jongh
Isabel Fernandez
Peter Liebermann
Richard Mitchell
Udi Oren
Carljin de Roos
Michel Silvestre
© Isabel Fernandez, 2020. This Resource is copyrighted under United States law. EMDR practitioners are encouraged to use this work
in the treatment of their clients. Under certain limited conditions, EMDR practitioners and researchers may request and receive written
permission to use the materials contained herein in new works they create. For further information on receiving permission to use the
materials other than with the practitioner’s own clients, please contact the author at segreteria@emdritalia.it. All rights are reserved.
49
© 2020 All rights reserved.

7
A Turkish Response
to Dealing with a
Catastrophic Event:
The COVID-19
Pandemic
Şenel Karaman
Asena Yurtsever
Sefa Kaya &
Emre Konuk
Introduction
he Turkey EMDR Trauma Recovery Group consists of 500 psychotherapists who
received EMDR training and are carrying out the EMDR, Humanitarian Assistance
Programs of the EMDR Association Turkey. They are volunteers.
When any massive traumatic event occurs in Turkey, the Turkey EMDR Trauma Recovery
Group immediately take action, gets organized and gives therapy for free. The group decides
how and by which methods to respond to each event, teams are formed, its budget is prepared
T
60
© 2020 All rights reserved.
and the response begins. It is a quite experienced, dynamic and active group who have responded
to almost all of our country’s traumatic events, beginning with the 1999 Marmara earthquake,
including other natural disasters, terror attacks and mining accidents.
From the first days when the Coronavirus Pandemic started, The Turkey EMDR Trauma
Recovery Group engaged its members to deal with this event. As of March 2020, 450 volunteer
EMDR Therapists, have been carrying out Online EMDR and psychological support work for
those affected by the virus. In this article, a summary of the work done follows, including the
research doc<