Fillable Directions: Use the background information, your knowledge of (Stanford University)

The Directions: Use the background information, your knowledge of (Stanford University) form is 2 pages long and contains:

Directions: Use the background information, your knowledge of history, and the cartoon to
answer the questions below.
Background information: In 1893, Illinois Governor Altgeld pardoned those found guilty for
the Haymarket Square bombing of 1886. This cartoon appeared in the New York magazine
Judge soon after. It depicts Altgeld releasing the hounds of anarchy on Lady Columbia, a symbol
of liberty. The caption reads “The Friend of Mad Dogs: Governor Altgeld of Illinois in freeing
the anarchists bitterly denounced Judge Gary and the jury that convicted them.”
Question 1: Does this cartoon approve of Altgeld’s pardon?
Question 2: Which two of the facts below might help explain why the cartoonist depicted
Altgeld’s pardon in this way?
1. The Haymarket riot in 1886 aroused fears about anarchism in the United States.
2. In 1901, a lone anarchist named Leon Czolgosz assassinated U.S. President William
McKinley.
3. By the 1880s, Chicago had grown into a major industrial city.
4. Conflicts between workers and management increased during the depression of 1893.
CONTINUE ON BACK 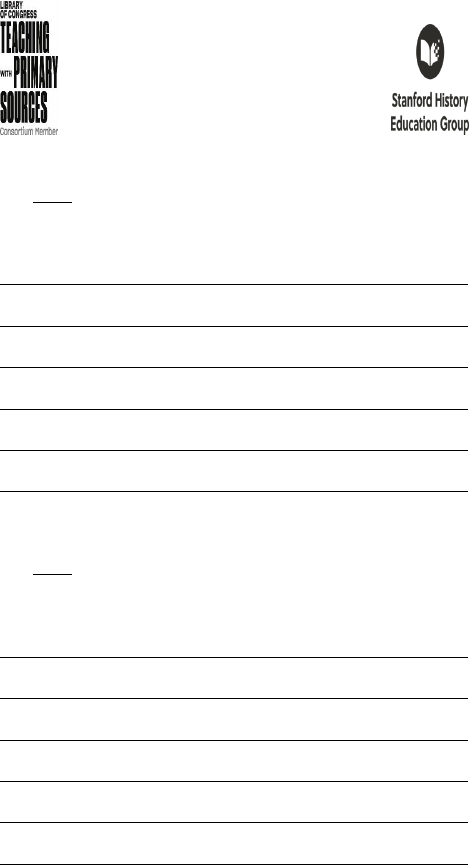