Fillable Directions: Use the background information, your knowledge of (Stanford University)

The Directions: Use the background information, your knowledge of (Stanford University) form is 2 pages long and contains:

Directions: Use the background information, your knowledge of history, and the cartoon to
answer the questions below.
Background information: This cartoon by Udo J. Keppler appeared in Puck magazine on
September 7, 1904. A "Standard Oil" storage tank is an octopus with many tentacles wrapped
around the steel, copper, and shipping industries, a state house, the U.S. Capitol, and one tentacle
reaching for the White House. Its caption reads "Next!"
Question 1: In what year was this cartoon published?
Question 2: Which two of the facts below might help explain Keppler’s depiction of Standard
Oil?
1. In 1911, the Supreme Court ruled that Standard Oil had to be split into several smaller
companies.
2. By the 1880s, Standard Oil had become the largest oil refiner in the country, controlling
access to 90 percent of the refined oil in the US.
3. By the early 1890s, there were more than 4,000 millionaires in America, and most of
them claimed to be self-made men.
4. Throughout the year 1904, investigative journalist Ida Tarbell published her famous
series of articles on Standard Oil, mostly critiquing the company's ruthless practices.
CONTINUE ON BACK 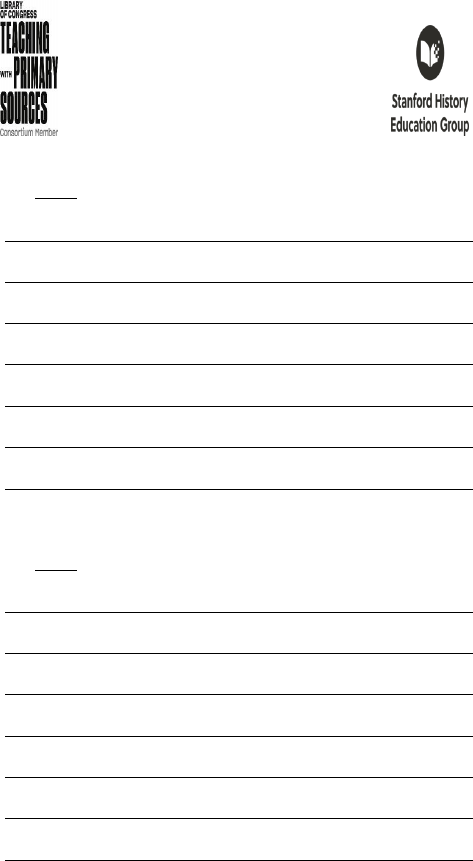