Use Fill to complete blank online DEPARTMENT OF TECHNOLOGY AND INFORMATION (DE) pdf forms for free. Once completed you can sign your fillable form or send for signing. All forms are printable and downloadable.

The Delaware Division of Corporations 401 Federal Street Suite (Department of Technology and Information) form is 3 pages long and contains:

U.S.A. forms for Department of Technology and Information 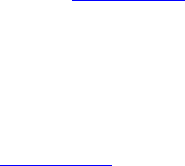 Delaware Division of Corporations
401 Federal Street – Suite 4
Dover, DE 19901
Ph: 302-739-3073
Certificate of Revival of Charter
for a Voided Corporation
Dear Sir or Madam:
Enclosed please find a form for a Certificate of Revival of Charter for a voided
corporation to be filed in accordance with Section 312 of the General Corporation Law of the
State of Delaware. The fee to file the Certificate is $169.00. If your document is more than 1
page please, include $9.00 for each additional page. You will receive a stamped “Filed” copy
of your submitted document. A certified copy may be requested for an additional $50.
Expedited services are available. Please contact our office concerning these fees or you may
consult our fee chart at www.corp.delaware.gov
. Please make your checks payable to
“Delaware Secretary of State”.
Before the Certificate can be filed, all taxes due to the State at the time the
corporation became void must be paid and all applicable Annual Franchise Tax Reports must
be filed. The Annual Franchise Tax Reports and Franchise Taxes must be filed and paid
online at www.corp.delaware.gov
. Please contact the Franchise Tax Section with any
questions.
For the convenience of processing your order in a timely manner, please include a
cover letter with your name, address and telephone/fax number to enable us to contact you if
necessary. Please make sure you thoroughly complete all information requested on this form.
It is important that the execution be legible, we request that you print or type the name of the
person signing under the signature line.
Thank you for choosing Delaware as your corporate home. Should you require
further assistance in this or any other matter, please don’t hesitate to call at (302) 739-3073.
Sincerely,
Department of State
Division of Corporations
encl.
rev. 08/16