Use Fill to complete blank online SUFFOLK COUNTY COMMUNITY COLLEGE pdf forms for free. Once completed you can sign your fillable form or send for signing. All forms are printable and downloadable.

The DISCRIMINATION/HARASSMENT/RETALIATION COMPLAINT FORM If you believe that you (Suffolk County Community College) form is 4 pages long and contains:

2 | Suffolk County Community College Last updated 10- 1 0 - 2018
4. I believe I was discriminated against, harassed, or retaliated against because of my:
 Gender/Sex  Pregnancy  National Origin/Ancestry
 Race/Color  Age  Veteran/Military Status
 Domestic Violence Victim status  Gender Identity  Sexual orientation
 Sexual Harassment  Sexual Violence/Assault  Opposed discrimination
 Retaliation  Creed/Religious Belief - What is your religion?
 Marital Status/Familial Status - What is your marital/familial status?
 Disability – Please share the type of disability:
If you do not have a disability, but you believe that the person acted because s/he perceives you as a person with a
disability, please explain:
 Other (please specify):
*Note: if you do not believe the reason was discrimination, please inform the Civil Rights Compliance Officer.
5. What was done to you that you feel was unfair? (check all that apply):
 Denied fair grade  Denied access to program  Denied accommodation
 Denied equal pay  Denied equal treatment  Failed to hire
 Denied training  Denied Promotion  Terminated you
 Demoted  Forced your retirement/resignation  Denied access to activity
 Subjected you to a hostile environment/harassment
 Other (please specify):
6. Original (first) date of conduct complained of (on or about):
7. Most recent date of conduct:
8. Is the alleged conduct continuing? (check one):  Yes  No
9. Did you ask for an accommodation for a disability?  Yes  No If yes, to whom?
What was the accommodation sought?
10. If you were refused a job, promotion, transfer, etc., please tell us the following:
Title of job sought:
Did you apply?  Yes  No When did you submit your application?
To your knowledge, who got the job?

APPENDIX A
SUNY Sexual Harassment Response and Prevention Policy Statement
Sexual harassment is a form of sex discrimination which is unlawful in the workplace under Title VII of
the Civil Rights Act of 1964, as amended, and the New York State Human Rights Law. Under Title IX of
the Educational Amendments of 1972, sexual harassment also is prohibited in the provision of educational
services and protects students and employees from sexual harassment.
Sexual harassment is prohibited and will not be tolerated at SUNY. The University has implemented
measures to address and prevent sexual harassment and is taking additional affirmative steps to increase
awareness of, and sensitivity to, all forms of sexual harassment in order to maintain a workplace and
learning environment free of its harmful effects.
Sexual harassment is a form of workplace discrimination and employee misconduct, as well as a form of
discrimination in the academic setting, and all employees and students are entitled to work and learn in a
campus environment that prevents sexual harassment. All employees and students have a legal right to a
workplace and a campus free from sexual harassment, and employees and students can enforce this right
by filing a complaint internally with the University, or with a government agency, or in court under federal
or state anti-discrimination laws, as detailed in the University’s Discrimination and Sexual Harassment
Complaint Procedure.
In accordance with applicable law, sexual harassment is generally described as unwelcome sexual advances,
requests for sexual favors or other verbal or physical conduct of a sexual nature when:
• Submission to such conduct is made either explicitly or implicitly a term or condition of
employment or academic benefit; or
• Submission to or rejection of the conduct is used as the basis for an employment or academic
decision affecting the person rejecting or submitting to the conduct; or
• The conduct has the purpose or effect of unreasonably interfering with an affected person’s work
or academic performance, or creating an intimidating, hostile or offensive work or learning
environment.
Sexual harassment can include physical touching, verbal comments, non-verbal conduct such as leering or
inappropriate written or electronic communications, or a combination of these things. Examples of sexual
harassment may include, but are not limited to:
• Seeking sexual favors or a sexual relationship in return for the promise of a favorable grade or
academic opportunity;
• Conditioning an employment-related action (such as hiring, promotion, salary increase, or
performance appraisal) on a sexual favor or relationship; or
• Intentional and undesired physical contact, sexually explicit language or writing, lewd pictures or
notes, and other forms of sexually offensive conduct by individuals in positions of authority, co-
workers or student peers, that unreasonably interferes with the ability of a person to perform their
employment or academic responsibilities.
• Physical acts of a sexual nature, such as:
o Touching, pinching, patting, kissing, hugging, grabbing, brushing against, or poking
another person’s body.
o Rape, sexual battery, molestation or attempts to commit these assaults.
• Unwanted sexual advances or propositions, such as:
o Requests for sexual favors accompanied by implied or overt threats concerning a target’s
job performance evaluation, a promotion or other job benefits or detriments, or an
educational benefit or detriment;
o Subtle or obvious pressure for unwelcome sexual activities.
• Sexually oriented gestures, noises, remarks, jokes or comments about a person’s sexuality or sexual
experience, which create a hostile environment.
• Sex stereotyping occurs when conduct or personality traits are considered inappropriate simply
because they may not conform to other people's ideas or perceptions about how individuals of a
particular sex should act or look.
• Sexual or discriminatory displays or publications, such as:
o Displaying pictures, posters, calendars, graffiti, objects, promotional material, reading
materials or other materials that are sexually demeaning or pornographic. This includes
such sexual displays on computers or cell phones and sharing such displays while in the
workplace or classroom.
• Hostile actions taken against an individual because of that individual’s sex, sexual orientation, self-
identified or perceived sex, gender expression, gender identity, and the status of being transgender,
such as:
o Interfering with, destroying or damaging a person’s workstation, tools or equipment, or
otherwise interfering with the individual’s ability to perform his or her employment or
academic duties;
o Sabotaging an individual’s work;
o Bullying, yelling, name-calling.
Such behavior can constitute sexual harassment regardless of the sex, gender, sexual orientation, self-
identified or perceived sex, gender expression, status of being transgender, or gender identity of any of the
persons involved. Sexual harassment is considered a form of employee and student misconduct which may
lead to disciplinary action. Further, supervisors and managers will be subject to discipline for failing to
report suspected sexual harassment or otherwise knowingly allowing sexual harassment to continue.
Employees and students who believe they have been subjected to sexual harassment may use the
University’s Discrimination and Sexual Harassment Complaint Procedure for more details on how to have
their allegations reviewed, including a link to a complaint form.
Retaliation against a person who files a complaint, serves as a witness, or assists or participates in any
manner in this procedure, is unlawful, is strictly prohibited and may result in disciplinary action. Retaliation
is an adverse action taken against an individual as a result of complaining about or provides information
regarding unlawful discrimination or harassment, exercising a legal right, and/or participating in a
complaint investigation as a third-party witness. Adverse action includes being discharged, disciplined,
discriminated against, or otherwise subject to adverse action because the individual reports an incident of
sexual harassment, provides information, or otherwise assists in any investigation of a sexual harassment
complaint. Participants who experience retaliation should contact the campus AAO, and may file a
complaint pursuant to these procedures.
SUNY campuses and System Administration shall take the necessary steps to ensure that this Sexual
Harassment Response and Prevention Policy Statement is distributed, implemented, and enforced in
accordance with their respective policies. 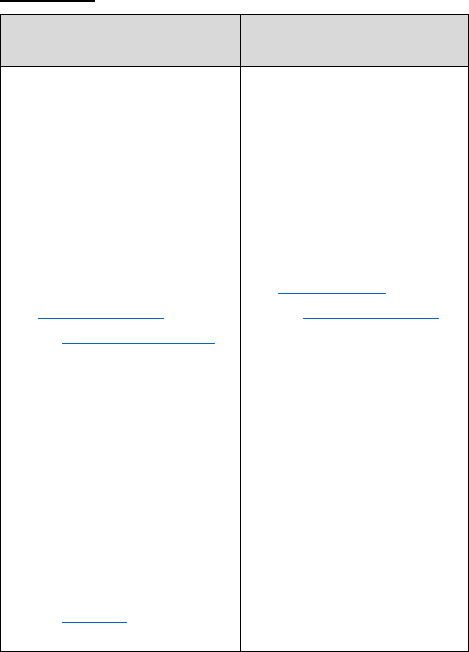