Use Fill to complete blank online CITY OF BAINBRIDGE ISLAND (WA) pdf forms for free. Once completed you can sign your fillable form or send for signing. All forms are printable and downloadable.

Page 1 of 14
City of Bainbridge Island Emergency Management Volunteer Program
Overview:
The City of Bainbridge Island (“City”) recognizes the important contributions community
volunteers make in the aftermath of a disaster. The City’s Emergency Management (EM)
Program offers a number of volunteer positions for residents who are interested in
becoming part of the City’s disaster response plan.
This form is the first step in the City’s EM volunteer review and assessment process. All
potential volunteers will complete a background investigation, be screened, and be
matched to positions according to their skills and abilities in order to best serve and
protect residents and current volunteers. The City reserves the right to deny volunteer
service. The data furnished on this form is provided on a voluntary basis and will be used
to contact, interview, and place volunteers.
Notices:
Personal Injury and Reporting: Volunteers are not considered to be City employees. Injury
compensation is provided through the Washington State Department of Labor &
Industries. All volunteers are required to submit a Volunteer Timesheet for this purpose.
Timesheets must be submitted to the Emergency Management Coordinator on a quarterly
basis.
Volunteer Limitations: Volunteers must stay within the attached Scope of Work. Activities
performed outside or in excess of the volunteer’s Scope of Work will be considered
unauthorized and may lead to termination.
Provision of Personal Protective Equipment (PPE): The City will provide PPE as required for
the Scope of Work and identified by the Washington Industrial Safety and Health Act. All
volunteers requiring PPE will be provided adequate training in its proper care and use.
Volunteers are responsible for supplying basic PPE per City of Bainbridge Island
Volunteer/Emergency Worker Code of Conduct. 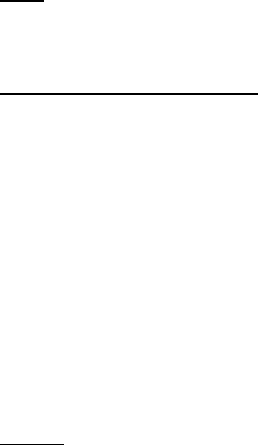 Page 2 of 14
Training: All training received by volunteers will be documented, signed by the volunteer,
and provided to the City’s Human Resources Department.
Use of Personal Vehicles/Mileage Reimbursement: The City will reimburse for mileage for
volunteers who routinely drive a personal vehicle as part of their volunteer duties, not to
include mileage from the home of residence to City Hall or other meeting locations. A
valid driver’s license issued within the United States and personal automobile insurance are
required for expenses to be reimbursed. This policy also includes fuel reimbursement for
marine vessels, provided that a Captain’s license, if applicable, and the insurance provisions
above are met. Reimbursement is based on the IRS Mileage Rate at the time of travel.
Volunteers must submit a completed City Travel Reimbursement form to be reimbursed.
Emergency Management Volunteers are not authorized to drive City vehicles.
Termination: The City and/or the volunteer may terminate this service at any time without
cause. The termination will be effective immediately upon the provision of written notice. 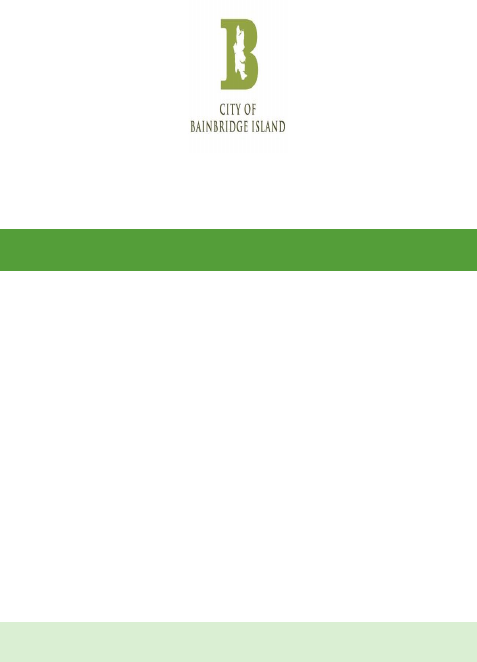 Page 13 of 14
City of Bainbridge Island Volunteer/Emergency Worker Code of Conduct
1. Volunteers will not use their position for their own personal benefit.
2. Volunteers will not seek or accept any financial advantage or gain that may be
offered as a result of the volunteer’s affiliation with the City. Any known or potential
conflicts of interest must be disclosed to the City’s Emergency Management
Coordinator within seven days.
3. Volunteers will not publicly utilize any City affiliation in connection with the
promotion of partisan politics or religious matters.
4. Volunteers will not disclose any confidential information that is available solely as a
result of their service, to any person not authorized to receive such information, or
use to the disadvantage of the City any such confidential information, without the
express authorization of the City.
5. Volunteers will not knowingly take any action or make any statement intended to
influence the conduct of the Volunteer Group in such a way as to confer any
financial benefit on any person, corporation, or entity in which the individual has
significant interest or affiliation.
6. Volunteers will operate and/or act only in a manner that is in the best interests of
the City.
7. Volunteers will not engage in any inappropriate behavior that would jeopardize the
program’s effectiveness and sustainability, to include: profane language, public
criticism of a team member, or purposefully jeopardizing the safety of the public or
a team member.
8. Volunteers do not have a legal duty to act and are not required to respond to
incidents in the immediate area, nor to recall requests. Once responded, however,
volunteers must follow safe and effective practices at all times. Volunteers who
abandon their duty assignment, act outside of their training or Scope of Work, or
otherwise violate policies or this Code of Conduct are subject to termination.
9. Volunteers will report all unsafe situations, activities or practices immediately and
take appropriate protective action for themselves and bystanders.
10. Volunteers will bring or wear appropriate Personal Protective Equipment (PPE):
hard hat, vest, dust mask, goggles, gloves (latex and/or leather), sturdy shoes, long
Page 14 of 14
pants, flashlight, bottled water, food, etc. Shorts, sandals, and open-toed shoes are
strictly prohibited when responding to an incident and/or training event. If scope of
work requires certain PPE, the City will provide it.
11. Volunteers will limit their actions to their physical and resource abilities as
determined by, but are not limited to, equipment availability, physical abilities,
knowledge, authority, and hazards.