Use Fill to complete blank online CHABOT COLLEGE pdf forms for free. Once completed you can sign your fillable form or send for signing. All forms are printable and downloadable.

Chabot College Curriculum Committee
Tracking Form
Proposal for American Cultures Course
(to be completed by proposer's discipline or Division colleagues)
Course Rubric and Number:
Course Title:
Proposer:
Answers to the following questions help you and reviewers determine if requirements have been
met.
1. Proposal indicates the course will provide students an understanding of cultural and ethnic
issues in the history and society of the United States of America and may include any one or
more of the following components: race, gender, culture, religion, class, age, physical and
mental disabilities.
 Yes. Briefly describe the cultural and ethnic issues the course will address:
2. Proposal indicates the course will integrate and compare the contributions of and the
differences between the significant demographic groups in the United States of America.
Students should be provided with those theoretical framework and analytical skills which
allow for an understanding of gender and cultural diversity as they relate to the subject matter
at hand.
 Yes. Briefly describe how the instructor plans to structure the presentation.
Chronologically? By groups? Thematically? Topically? Other? Include additional
information re: the instructor's plan for integrating American Cultures into the course.
3. Proposal indicates the subject matter of the course will draw from at least three of the
following groups or any major subgroup within these categories: African Americans,
Asian/Pacific Islander Americans, European Americans, Hispanic Americans, Native
Americans, Middle Eastern Americans.
 Yes. Which groups or major subgroups will be addressed? 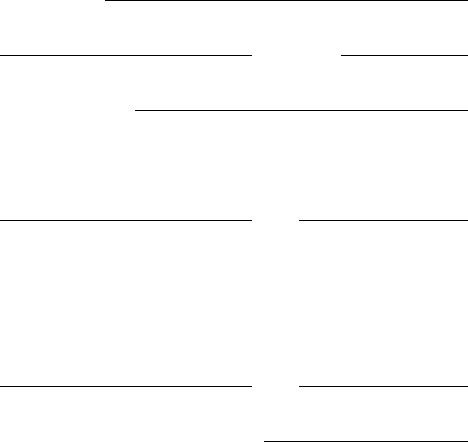 4. Proposal includes a sample annotated bibliography. The annotations should explain the
relevance of the particular materials or texts. The works cited are representative; there must
be materials that demonstrate how the content of items 1, 2, and 3 (above) are addressed.
This is a sample bibliography intended to guide present and future instructors in terms of the
background and preparation necessary to teach this class with a U.S. cultures focus.
 Yes. All three context areas have been addressed. A notation for each item shows the
content it could provide if used in a class.
5. Proposal indicates the course will, whenever possible, include self-expressed perspectives of
the represented groups.
 Yes. Note resources presenting self-expressed perspectives.
6. The official course outline of record indicates the above criteria are being met in all relevant
sections of the course outline, and a minimum of three major subgroups are noted.
 Yes
Attached Forms
 Cover letter
 Course Outline
 Sample Annotated Bibliography
Discipline reviewers:
Review dates:
Date of Division Approval:
Division Dean signature:
Date:
By signing below, the Curriculum Committee chair certifies that the proposal has been reviewed
and approved by a majority vote of the Curriculum Committee and may be scheduled as a course
meeting the American Cultures requirement at Chabot College.
Date:
Date Tracking Form forwarded to Academic Services:
kk 8/15/05
c:\documents\word\curric\handbook2005\american_cultures_form.doc
click to sign
signature
click to edit
click to sign
signature
click to edit
click to sign
signature
click to edit
click to sign
signature
click to edit