Use Fill to complete blank online CITY CONNECTIONS (NJ) pdf forms for free. Once completed you can sign your fillable form or send for signing. All forms are printable and downloadable.

Property Administration
Form PTD rev. 10/2019 Page 3 of 4
GENERAL INSTRUCTIONS
1. APPLICATION FILING PERIOD - File this form with the municipal tax assessor from October 1 through
December 31 of the pretax year, i.e., the year prior to the calendar tax year or with the municipal tax collector
from January 1 through December 31 of the calendar tax year. For example, for a property tax deduction claimed
for calendar tax year 2019, the pretax year filing period would be October 1 - December 31, 2018 with the
assessor and the tax year filing period would be January 1 - December 31, 2019 with the collector.
2. ELIGIBILITY DATES - Eligibility for the property tax deduction is established in the year prior to the calendar tax year
for which the deduction is claimed as follows:
New Jersey Citizenship as of October 1 pretax year
Property Ownership as of October 1 pretax year
Residence in New Jersey and in Dwelling House as of October 1 pretax year and
Residence in New Jersey for 1 year immediately prior to October 1 pretax year
Senior Citizen Age 65 or more as of December 31 pretax year
Permanent and Total Disability as of December 31 pretax year
Surviving Spouse/Surviving Civil Union Partner Age 55 or more as of December 31 pretax year and at the time of
spouse's/civil union partner’s death
3. CITIZEN & RESIDENT DEFINED - United States Citizenship is not required. Resident for purposes of this deduction
means a claimant who was legally domiciled in New Jersey for one year immediately prior to October 1 of the pretax
year. Domicile is the place you regard as your permanent home - the place you intend to return to after a period of
absence. You may have only one legal domicile even though you may have more than one residence. Seasonal or
temporary residence in this State, of whatever duration, does not constitute domicile. Absence from the State for a 12
month period is prima facie evidence of abandonment of domicile.
4. RESIDENCE IN DWELLING HOUSE DEFINED - Residence in the dwelling house means the dwelling where a
claimant makes his principal or permanent home. Vacation, summer or second homes do not qualify. Only one
deduction may be received per principal residence regardless of the number of qualified claimants residing on the
premises.
5. TENANCY BY ENTIRETY DEFINED - Tenancy by Entirety means ownership of real property by both husband and
wife or civil union partners, as a single ownership, in joint title acquired after marriage/civil union partnership.
6. INCOME DEFINED & LIMITED -
a.) The income period is the same tax year as the tax year for which a deduction is claimed.
b.) A claimant must reasonably anticipate that income received during the tax year, including income of the
claimant's spouse/civil union partner, will not exceed $10,000. Income of claimant's family members, other
than spouse/civil union partner, should not be included as annual income.
c.) Income means all income received from whatever source derived including, but not limited to, salaries, wages,
bonuses, commissions, tips, and other compensations before payroll deductions, all dividends, interest,
realized capital gains, royalties, income from rents, business income, and in their entirety, pension, annuity
and retirement benefits. Realized capital gains, except for capital gain from the sale or exchange of real
property owned and used by the claimant as his principal residence, dividends, interest, pensions, annuities
and retirement benefits must be included in full without deductions even though they may be wholly or
partially exempt for Federal income tax purposes.
EXCLUDABLE INCOME**Income can be excluded under ONE of the following three categories: Social Security
Benefits or Federal Government Retirement/Disability Pension including Federal Railroad Retirement Benefits or
State, County, Municipal Government and their political subdivisions and agencies Retirement/Disability Pension.
NOTE: In accordance with the Civil Union Act, eligibility guidelines that apply to married couples and surviving
spouses apply equally to civil union couples and surviving civil union partners. 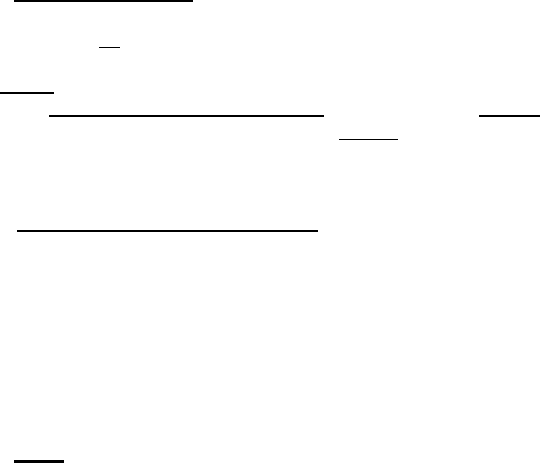 Property Administration
Form PTD rev. 10/2019 Page 4 of 4
7. DOCUMENTARY PROOFS REQUIRED - Each assessor and collector may require such proofs necessary to establish
claimant's deduction entitlement and photocopies of any documents should be attached to this form as part of application
record. For example: AGE may be verified by birth certificate, baptismal record, family Bible, census record, marriage
certificate, court record, Social Security record, military record or discharge, immigration document, insurance policy,
DISABILITY may be verified by physician's certificate, Social Security document, New Jersey Commission for Blind
certificate. SURVIVING SPOUSE/SURVIVING CIVIL UNION PARTNER by death certificate of decedent. OWNERSHIP
by deed, executory contract for property purchase, last will and testament. RESIDENCY by New Jersey driver's license,
motor vehicle registration, voter's registration, State tax return.
8. ANNUAL POST-TAX YEAR INCOME STATEMENT REQUIRED - On or before March 1 of the year immediately
following the tax year for which deduction was claimed or received, a claimant must file a Post-Tax Year Income
Statement, Form PD5, confirming that annual income for the tax year did not exceed the $10,000 limit and that
anticipated annual income for the current year will not exceed that limit and that all other eligibility prerequisites
continue to be met. For example, the Post-Tax Year Income Statement filed by March 1, 2019 supports the claim for
deduction for tax year 2018 by confirming 2018 income. Anticipated income would refer to income received in tax year
2019 for the 2019 deduction. IF THIS INCOME STATEMENT IS NOT TIMELY FILED, DEDUCTION WILL BE
DISALLOWED AND CLAIMANT WILL BE BILLED FOR THE DEDUCTION AMOUNT.
9. APPEALS - A claimant may appeal any unfavorable determination by the assessor or collector to the County Board of
Taxation annually on or before April 1.
This form is prescribed by the New Jersey Division of Taxation, as required by law, and may be reproduced for
distribution, but may not be altered without prior approval.