Use Fill to complete blank online DEPARTMENT OF INTERNAL AFFAIRS NEW ZEALAND pdf forms for free. Once completed you can sign your fillable form or send for signing. All forms are printable and downloadable.

On average this form takes 24 minutes to complete

The Application To Register A-name Change Within 2-years Of Birth BDM36 (Department of Internal Affairs New Zealand) form is 7 pages long and contains:

Use our library of forms to quickly fill and sign your Department of Internal Affairs New Zealand forms online.

Sheet 1 of 7
Application to register a Name Change within 2 Years of Birth
BDM36
If the child's birth is registered outside New Zealand use the Application to register a Name Change for person aged
under 18 who has not been married, in a civil union or de facto relationship (BDM122) at
www.govt.nz/bdm
If this is the second name change
If the child’s name has been changed previously then you
must give special reasons as to why it is appropriate to
change their name again. If this is the case explain the
special reasons at question 8 in this form.
You must make true statements
You must make true statements when completing this
application. If you make, or cause to be made, any false
statement you will be liable on conviction to a fine or up to
5 years imprisonment, or both.
How long will it take?
Applications will be processed within 15 working days, from
receiving a correct and complete application (plus postage
time). If you have requested a certificate showing your new
name, it will be issued as soon as the name change has
been processed.
Guidelines about the new name
The new name must consist of one surname and one or
more first names, unless your religious or philosophical
beliefs, or cultural traditions require the person to bear only
one name - in which case attach a letter of explanation.
The new name (or combination of names) may not be
accepted for registration if:
• it might cause offence to a reasonable person; or
• it is unreasonably long (that is, it should be less than 100
characters long, including spaces); or
• without adequate justification, it is, includes, or
resembles, an official title or rank (in which case attach a
letter of explanation); or
• it is not a name (for example, it must not include numbers
or symbols).
Certificate showing the new name
A new Birth Certificate can be ordered for an additonal fee
that will show the new name as well as all previous names.
He tono ki te rēhita i tētahi Panoni Ingoa i roto i te 2 Tau o te Whānautanga
Post the form, appropriate fee(s), and evidence as applicable, to one of:
New Zealand Sydney London
Name Change Team
Births, Deaths and Marriages
Department of Internal Affairs
PO Box 10-526
Wellington 6143
New Zealand
Births, Deaths and Marriages
Department of Internal Affairs
GPO Box 365
Sydney
New South Wales 2001
Australia
Births, Deaths and Marriages
Department of Internal Affairs
New Zealand House
80 Haymarket
London SW1Y 4TQ
United Kingdom
Complete on-screen and print
You can complete this form on-screen using the Editable PDF functionality with Adobe Reader.
You must still print off the application and have signed where applicable by hand.

Sheet 2 of 7
All legal guardians must sign
The guardians of the person whose name is to be changed should give all the information requested on this form about
themselves and about that person.
The child’s father and mother are usually joint
guardians
The father and the mother of a child are guardians jointly
of the child unless the child’s mother is the sole guardian
of the child. If the child is legally adopted (by opposite-sex
or same-sex parents) those parents are guardians of the
child.
Father as guardian
The father is usually a guardian of the child if the father’s
particulars were added to the child’s birth information on
or after 1 July 2005 but no later than 24 January 2009.
The mother is the sole guardian
When a child is conceived on or after 1 July 2005, the
child’s mother is the sole guardian of the child if the
mother was not:
• Married to, nor in a civil union with, the father of the child
at any time during the period beginning with the
conception of the child and ending with the birth of the
child; and not
• Living with the father of the child as a de facto partner at
any time during that period.
If the child is born as a result of an assisted reproduction
procedure (such as donor insemination) to a mother
acting alone, and the donor is not the mother’s partner
(i.e. not in a marriage, civil union or de facto relationship),
and the donor does not become the mother’s partner
between conception and notification of the birth for
registration, then the mother is the sole guardian.
Appointment of 1 or more additional guardians
• A testamentary guardian of the child appointed by the
deceased parent under section 26(2) of the Care of
Children Act 2004 or section 7(2) of the Guardianship
Act 1968.
• All Court appointed/approved guardians. A certified copy
of the Court appointment as a guardian should be
attached to this declaration.
A guardian may act alone
• In some circumstances a guardian may act alone if the
other guardian(s) is/are dead, unknown, missing (note
that a guardian is not missing if others know of their
whereabouts but they refuse to tell you), of unsound
mind or unable to act because of a medical condition; or
• If Family Court approval is obtained. Appropriate
evidence must be attached to this declaration (note that
this is not a Parenting or Protection order).
Other parent
If the child was born as a result of an assisted human
reproduction procedure (such as artificial insemination),
and the mother was living in a marriage, civil union or de
facto relationship with a man or a woman who had
consented to her undergoing the procedure, and the
man’s or woman’s name is recorded on the child’s birth
registration, then that man or woman must also sign this
declaration.
Privacy Statement
The information provided on this form is collected under the Births, Deaths, Marriages, and Relationships Registration Act 1995
(the “BDMRR Act). A person who makes, or causes to be made, a false declaration on this form will be liable on conviction to a
fine or term of imprisonment, or both. The information will be held on a public register, and may generally be accessed by any
person on application (e.g. as a certificate or printout). The Births, Deaths, Marriages, Citizenship, Authentications and
Translations office may also release it to certain government agencies and foreign registration authorities, as authorised by law.
The BDMRR Act governs access to registered information. Information about your rights to access and, where appropriate, correct
the information is available on our website www.govt.nz/bdm or Freephone 0800 22 52 52.
Contact Details
Births, Deaths, Marriages, Citizenship, Authentications and Translations:
• Website www.govt.nz/bdm
• Freephone 0800 22 52 52 (New Zealand only). If overseas phone + 64
9 339 0852
• Email
bdm.nz@dia.govt.nz

Sheet 3 of 7
BDM36
1. Old name
Name at birth is (if legally adopted then enter the names given after the adoption)
Surname
All first and middle names
If the guardians have previously registered a name change for the child in New Zealand or overseas. The name below is the
name changing from, if it is different from the name at birth
Surname of most recently registered name change
All first and middle names of most recently registered name change
2. Date of birth
YearMonthDay
Date of birth
3. Place of birth
Town or City of birth
Country of birth (if not New Zealand)
Last updated: 9 December 2019
4. New name (the new name must comply with the “Guidelines about the new name” in the notes pages at the start of
this application)
Surname of the new name
All first and middle names
Application to register a Name Change within 2 Years of Birth
He tono ki te rēhita i tētahi Panoni Ingoa i roto i te 2 Tau o te Whānautanga
9/12/19 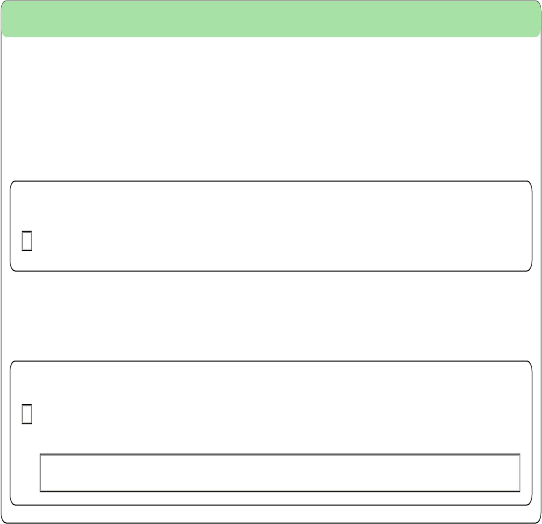